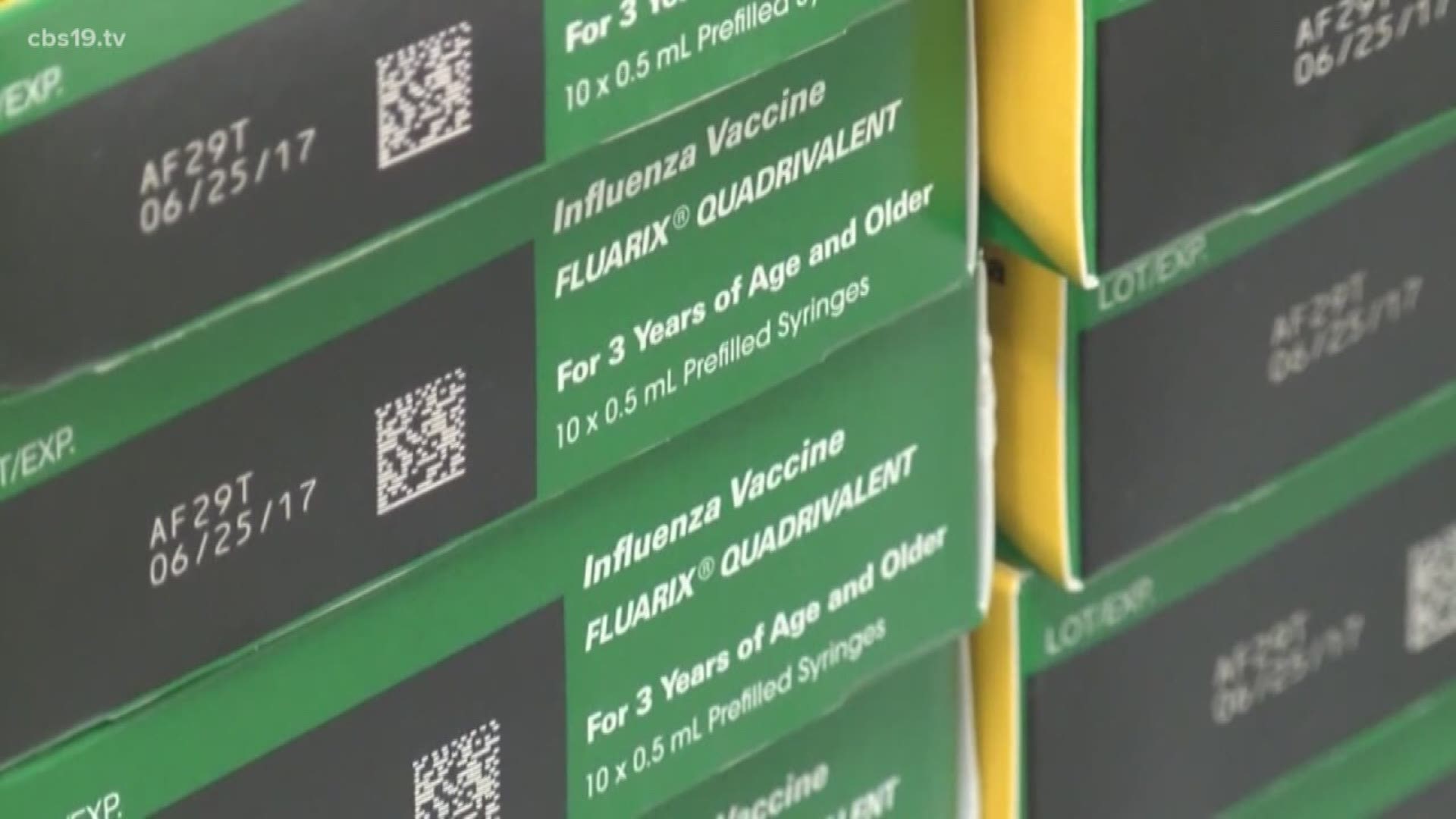 TYLER, Texas — Although flu season is fast approaching, the vaccine is being distributed later than most years.

This delay is due to additional flu research carried out by the CDC and World Health Organization. Researchers say they hope to make this year's vaccines more effective.

Dr. Richard Wallace is an infectious disease specialist at UT Health Science Center at Tyler. He says past vaccines have not been effective.

"For the last two years, we made bad assumptions about which flu strains would be prevalent," Dr. Wallace said. "So we've gotten very little protection."

This requires more research into factors such as the types of flu afflicting the Southern Hemisphere, where their flu season is on the opposite end of the calendar.

"I think they're waiting to see as much data as they can from the other hemisphere, which has already had their flu season, as to what they had and maybe decide late what the best vaccine would be," Dr. Wallace said.

This late decision has caused a delay in the distribution of the flu vaccine for the 2019-2020 flu season.

"The later we are, the more of those delays become serious impacts. Because if we have an early flu season, September, October, we start having a bunch of cases, we're going to wish all those people were vaccinated," Dr. Wallace explained.

"The commercial pharmacies like Brookshire's get theirs way ahead of us in the hospital. I have no idea how they make that decision," Dr. Wallace said. "So instead of having to schedule with your physician, who may not have it yet, you can go to the pharmacy.".

If in contact with people sick with the flu, Dr. Wallace says the most effective way to avoid the virus is to wear a mask.

"I think it's underused in this country, and it's it is a proven way to help your risk of getting the virus," Dr. Wallace said.

Wallace also says if you think you or a family member has contracted the flu, you can call your physician and get a prescription for fast acting medication.