There are so many to choose from, but according to the U.S. World News Report, the best of 2019 is the Mediterranean Diet. 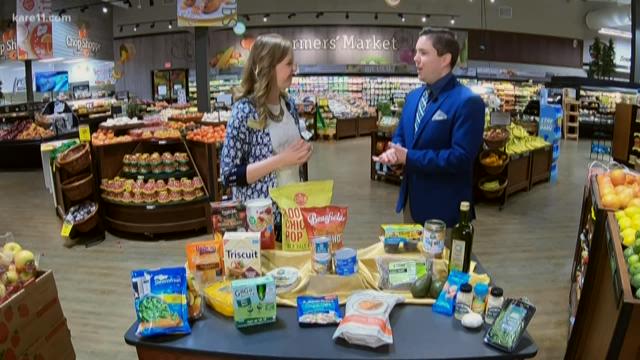 Many people are ditching the cookies and sweets in the new year because it's diet season.

There are so many to choose from, but according to the U.S. World News Report, the best of 2019 is the Mediterranean Diet.

Judges voted on 41 diets and ranked them in nine categories, including Best for Weight Loss and Easiest to Follow.

The Mediterranean Diet won out, because judges felt it was effective, affordable and easy to stick with.

“You really want something to be a lifestyle change so that you can handle it if you have kids or you live alone and I think this one really checks all those boxes,” registered dietitian Amy Peick says.

Peick is a dietitian at Coborn’s grocery store in Albertville.

She says the Mediterranean Diet is based on the cuisine of the Mediterranean region, which includes lean proteins such as fish and beans, as well as healthy fats, whole grains and a large amount of plant-based foods, like fruits, vegetables and legumes.

“Sometimes the best ways are the old, simple ways,” Peick says. “It’s what people in that region have been eating for years and it just works.”

If you’re interested in trying out the Mediterranean Diet, Peick suggests starting out small and working your way into it.

“Try eating whole grain pasta instead of regular pasta, or try out some other whole grains, like brown rice instead of white, or quinoa or other grains. The diet also recommends eating fish at least twice a week and there’s a lot of packaged fish like salmon that are easy to cook and eat.”

The diet also recommends using spices and herbs instead of high-calorie sauces and salt.

This is the second year in a row the U.S. World News Report chose Mediterranean as the best diet of the year.