No one likes talking about colonoscopies, but the screening is the one thing that can catch cancer and also help prevent it. 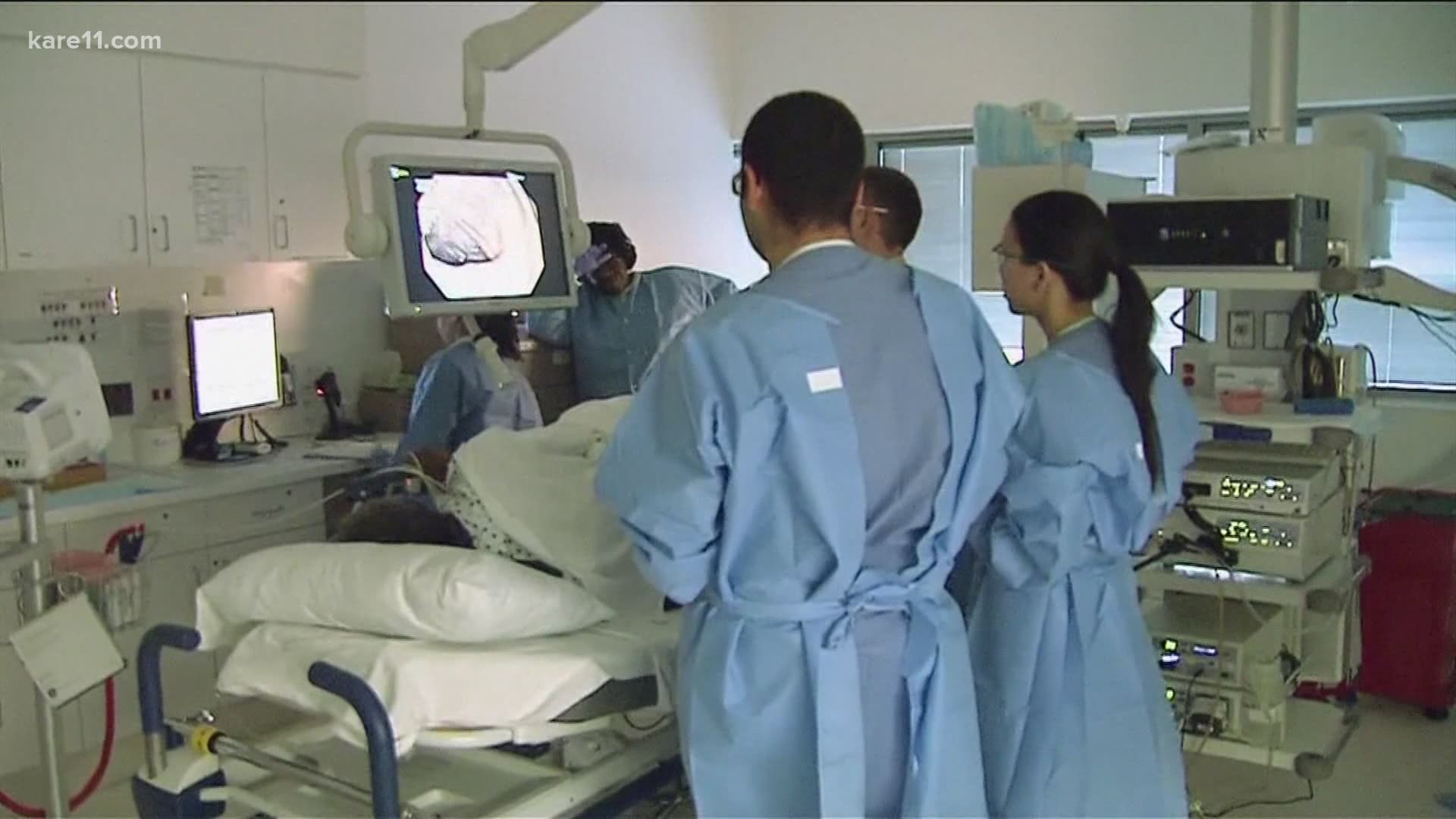 GOLDEN VALLEY, Minn. — March is National Colorectal Cancer Awareness Month. We're talking about it because last year screenings were way down. A colonoscopy isn't high on anyone's list, but maybe Barbara White’s story will encourage you to make an appointment.

“We have had a number of silver linings as this process as gone on," Barbara said.

When Barbara White turned 50, she celebrated. And then she listened to doctors’ orders.

“I had the regularly scheduled 50 year old colonoscopy, and I had actually joked with my mom the night before, that I was hoping to get the 5 year card, or the 10 year card, that didn't turn out to be the case,” she said.

Barbara had stage three colon cancer. What she didn't have was any idea.

“I did not have any symptoms. I was feeling well. I was active,” Barbara explained.

And to think she nearly put off the screening.

"Ironically, I had mis-scheduled it and I was supposed to be traveling for a conference that week, and so I was going to reschedule it, but my conference got cancelled because of COVID, and so I thought, well I've got this on the schedule, I'm just going to go ahead and do this and thank goodness I did,” she said.

COVID may have been the reason Barbara went in, but for many, it was the reason they didn't.

“Typically, each of us would do 45 procedures a week, to there was some weeks I wasn't doing any procedures,” said Dr. Samantha Stoven with HealthPartners.

Dr. Stoven says at first, they were mandated to shut down because of COVID. When they opened back up, the patients were reluctant to come back. Despite all safety precautions in place, they performed about 10 thousand fewer colonoscopies in 2020. A big deal because it can not only catch cancer that often has no early symptoms, it can actually help prevent it.

“Not only are we able to diagnose cancer, we're also able to find the precursor to cancer, which are colon polyps, and remove them which helps decrease the chance of a colon cancer growing,” Dr. Stoven said.

Chemotherapy, radiation and two surgeries later, Barbara has a whole lot of life left to live. So, if you're dreading the idea of a colonoscopy or the prep before, take Barbara's story to heart, and keep her advice in your head.

“Everyone has done harder things in their lives for sure,” she said.

Dr. Stoven says if COVID is a concern, they test every patient before a procedure. And if the prep the night before is your barrier, she says there are many different options these days for that too.