A look at other states' COVID-19 exposure notification apps

More than 20 states and territories have launched apps based on Google and Apple's exposure notification technology. 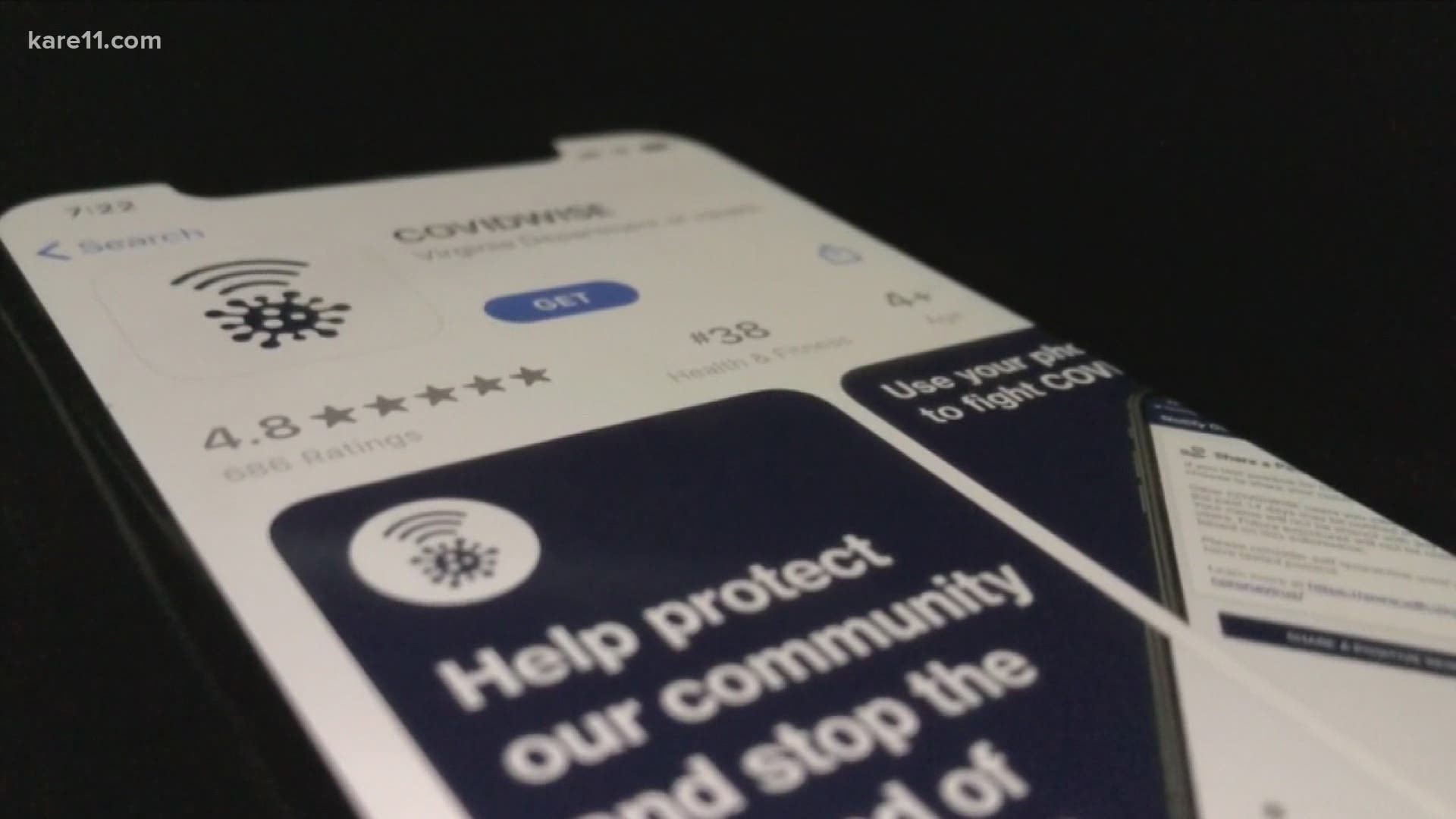 MINNEAPOLIS — Minnesota is the latest state to launch a COVID-19 exposure notification app.

More than 20 states and territories have launched apps based on Google and Apple's exposure notification technology.

In August, Virginia became the first state to launch its own version called COVIDWISE. Jeff Stover, executive advisor to Virginia's health commissioner, said since launching they've had about 826,000 downloads. That's about 10% of Virginia residents.

"As a general rule, it's gone very well," Stover said. "It's grown every day since we launched. We've never had a day that we didn't have downloads and typically it's somewhere between 2,000-5,000 a day."

About 900 people in Virginia who have tested positive for COVID-19, have then received a PIN. That PIN gets put into the app. According to Stover, it's led to about 9,000 likely exposure notifications.

"Over 9,000 likely exposure notifications is not 9,000 people... but still, that's a fair number of notifications that have gone out."

Even Virginia Governor Ralph Northam has used it. While he notified staff members after testing positive for COVID-19 in September, staff members who were exposed also received a smartphone alert through the app.

"They work; we just need to get enough people using them to really make a difference," Stover said.

Stover said the biggest challenge is getting more people on board.

"We can tell people all day long that it doesn't collect any personally identifiable information or location data but some people just aren't going to buy that," Stover said. "So that's probably the biggest struggle, trying to convince folks who are skeptical."

Every state has its own version of a COVID-19 exposure notification app. Minnesota built its app with open-source software from PathCheck Foundation, a nonprofit founded at Massachusetts Institute of Technology.

"These apps can be really, really effective but we very much believe they need to be used alongside all the other strategies... hand washing, mask wearing, social distancing," said Adam Berrey, CEO of PathCheck Foundation.

So how effective is this technology? Some experts say it's too early to answer that question. But Oxford University researchers say even low adoption rates can save lives.

"Modeling work done at the University of Oxford suggests that even if 15% of the people adopt, we'd reduce the infection rate by 15% and reduce deaths by 11%," Berrey explained.

PathCheck Foundation is working with five U.S. states and territories and three countries. Berrey said in Guam, more than 25% of people are using the technology.

"We are extremely encouraged to report that over 1 million New Yorkers have downloaded the COVID Alert NY app. To date, 2,100 New Yorkers who have the app on their phone have tested positive for COVID-19. Nearly 700 of those individuals successfully marked their COVID positive status in the app, triggering 630 exposure notification among fellow app users," said Erin Silk, a spokesperson for the New York State Department of Health. "Like a ripple effect, upon receiving a notification, these hundreds of New Yorkers can quickly notify their own friends, family and neighbors of potential exposure, prompting a wider group of people to contact the health department, seek out a test, and quarantine in order to stop the spread of the virus,"

New York worked with New Jersey, Delaware and Pennsylvania to create a regional app network that operates across state lines.

In California, the state launched pilot projects in late September with the University of California San Diego (UCSD) and early October with the University of California San Francisco (UCSF) to test the Google-Apple Exposure Notification Express (ENX) technology. UCSD estimates nearly 15,000 users have activated the software since their pilot launched. This represents about 30% to 50% of the on‐campus community. UCSF estimates 5,000 users out of an estimated 10,000 on-campus population have activated the software. More than a dozen verification codes have been issued to UCSD students and employees using the software who have tested positive for COVID-19, according to the California Department of Public Health.

In Nevada, employers across the state have joined the effort to encourage their employees to download COVID Trace. According to the Nevada Department of Health and Human Services, more than 100,000 Nevadans have downloaded the app. 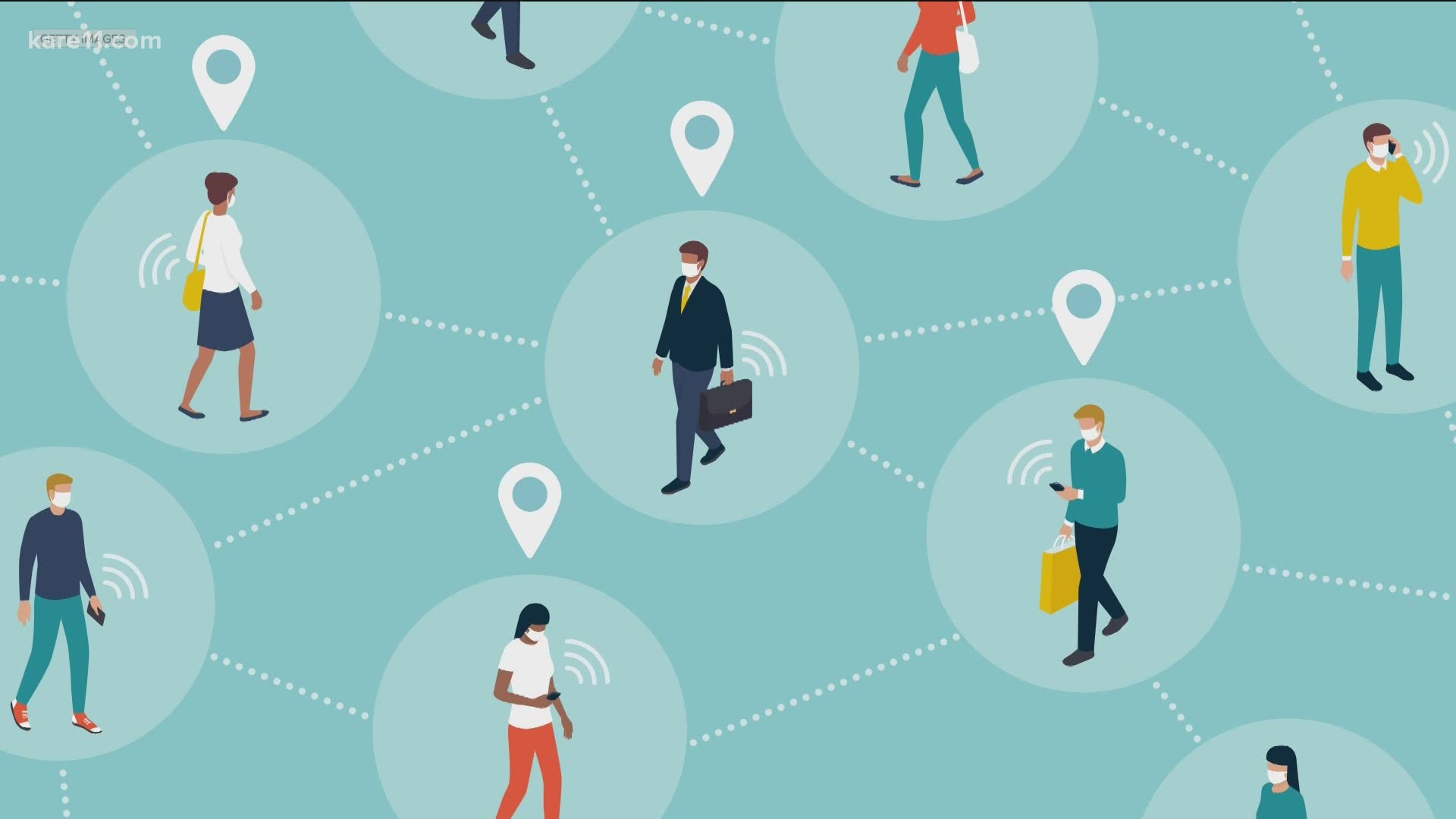