Rep. Peterson: 'About 3 weeks away from not having pork on the shelves'

Around 160,000 hogs per day have to be euthanized while the plants are shut down nationwide. 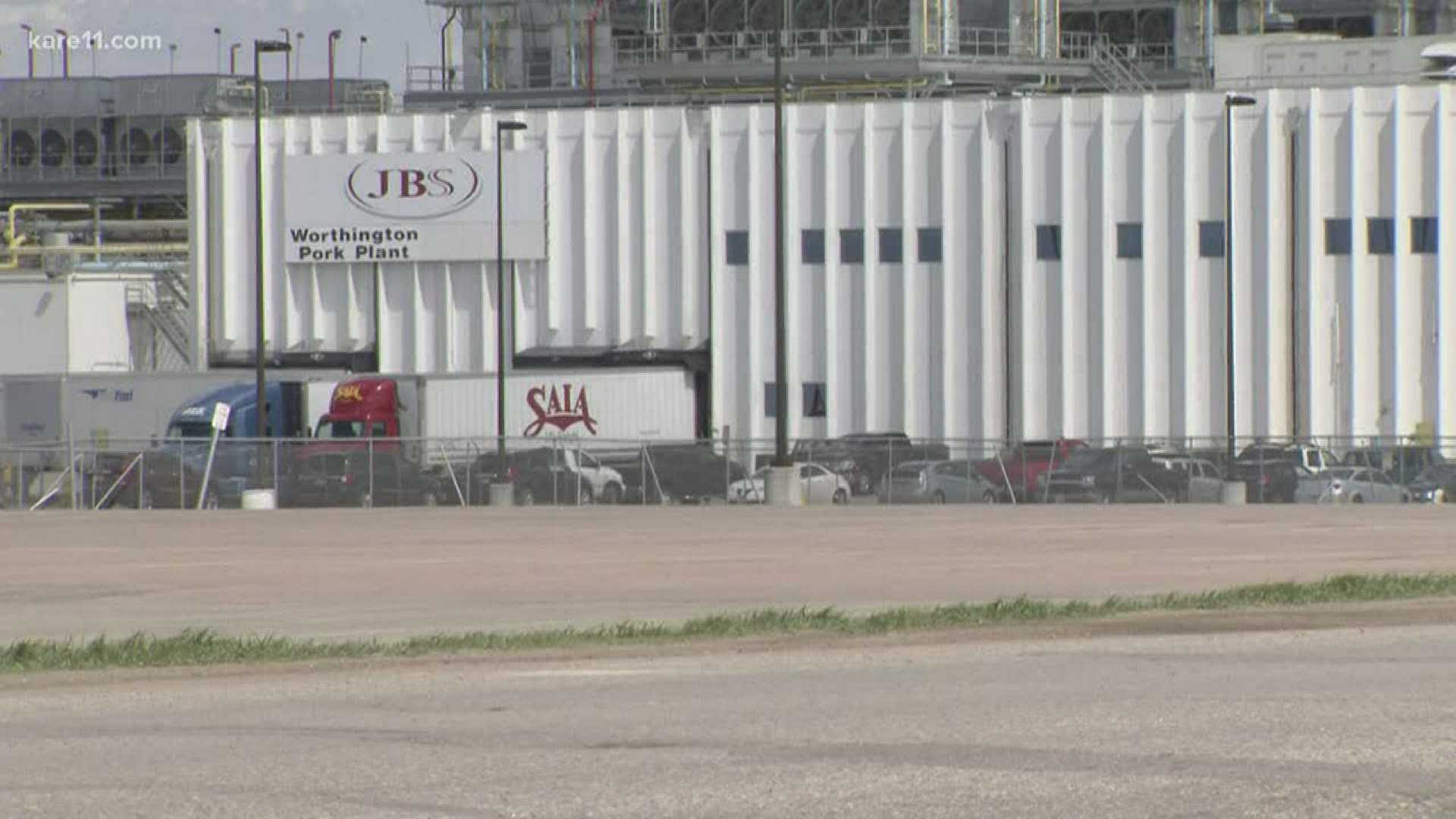 JBS had closed the pork plant due to a COVID-19 outbreak in the facility. The company employs more than 2,000 workers.

"Unfortunately, if we don't get this thing solved, people are going to find out; because we're not going to have pork on the shelves," Peterson said during the conference. "We're about three weeks away from not having pork on the shelves in the grocery stores."

"That this is a bigger issue than if people are going to go hungry or not. It's a national security issue. The United States has got to have a food supply we can depend on for national security. If people don't have food, we're going to have riots," Peterson said.

Around 160,000 hogs per day have to be euthanized while the plants are shut down nationwide.

Walz said the plant will not be able to reopen until safety measures and increased testing are put in place.

Peterson said once the plant opens social distancing will need to be implemented.

RELATED: Costco to require face masks for customers at all stores