After nearly three months, a return to indoor dining in Minnesota

Matt's Bar reopened for indoor dining at 11 a.m. Wednesday. Regular Brett Pheres was there by 10:45. "I've missed it," he said. 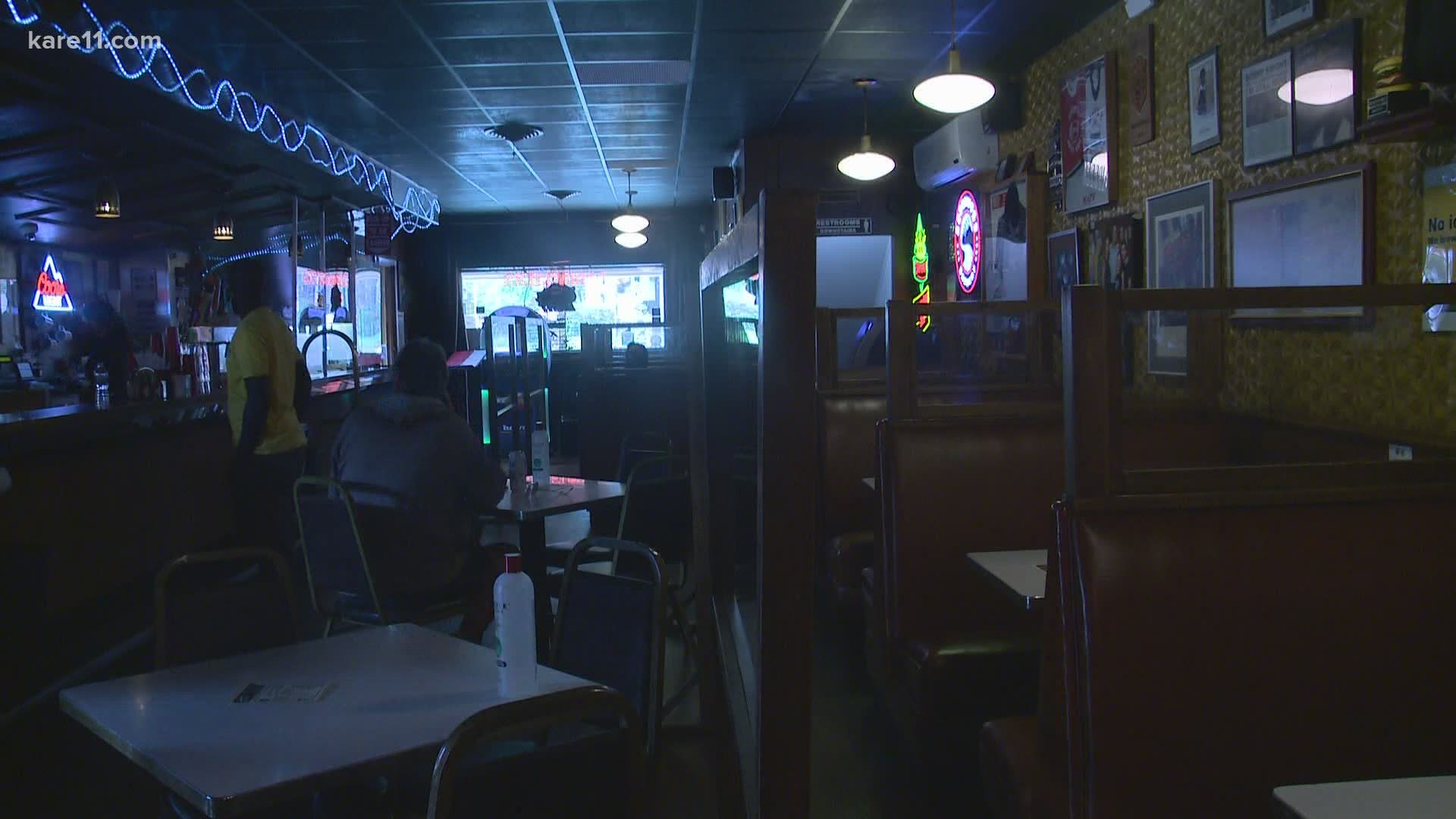 MINNEAPOLIS — Matt's Bar in south Minneapolis is known for its "Jucy Lucy." But the iconic bar now also is home to plexiglass shields and tables topped with only hand sanitizer.

"Like everybody else, we're just trying to bring back what normal is to us," said owner, Scott Nelson.

Whatever "normal" is these days, customers are ready to get back to it.

Matt's Bar reopened for indoor dining at 11 a.m. Wednesday. Regular Brett Pheres was there by 10:45.

"I got down here pretty early," he said. "It's fantastic. I've missed it. Three months, you know, it's something that you take for granted until it's no longer there, just like anything else."

Pheres' table was separated from the booth next to it by a plexiglass shield, one of the many changes at Matt's in a COVID-19 world. The only item topping the tables is hand sanitizer. The bar now uses disposable menus. Condiments are given in packets instead of bottles at the table.

"The burgers are identical. That's the good thing about it," Nelson said.

Pheres said the burgers aren't the only reason he came back.

"For a week solid the phone has been pretty much ringing off the hook," said general manager, Ryan Flanagan. "Everybody that's calling in is a customer that is excited to come back and have a dining experience or just have a beer."

Both Flanagan and Nelson said that the 50-percent indoor dining capacity rule isn't sustainable financially. However, they hope the business from the reduced indoor seating will keep them going until restaurant restrictions are loosened further.