Lisa Hanson spoke during the "Stand for Liberty" rally in Albert Lea Saturday afternoon. The event raised money for her legal fund. 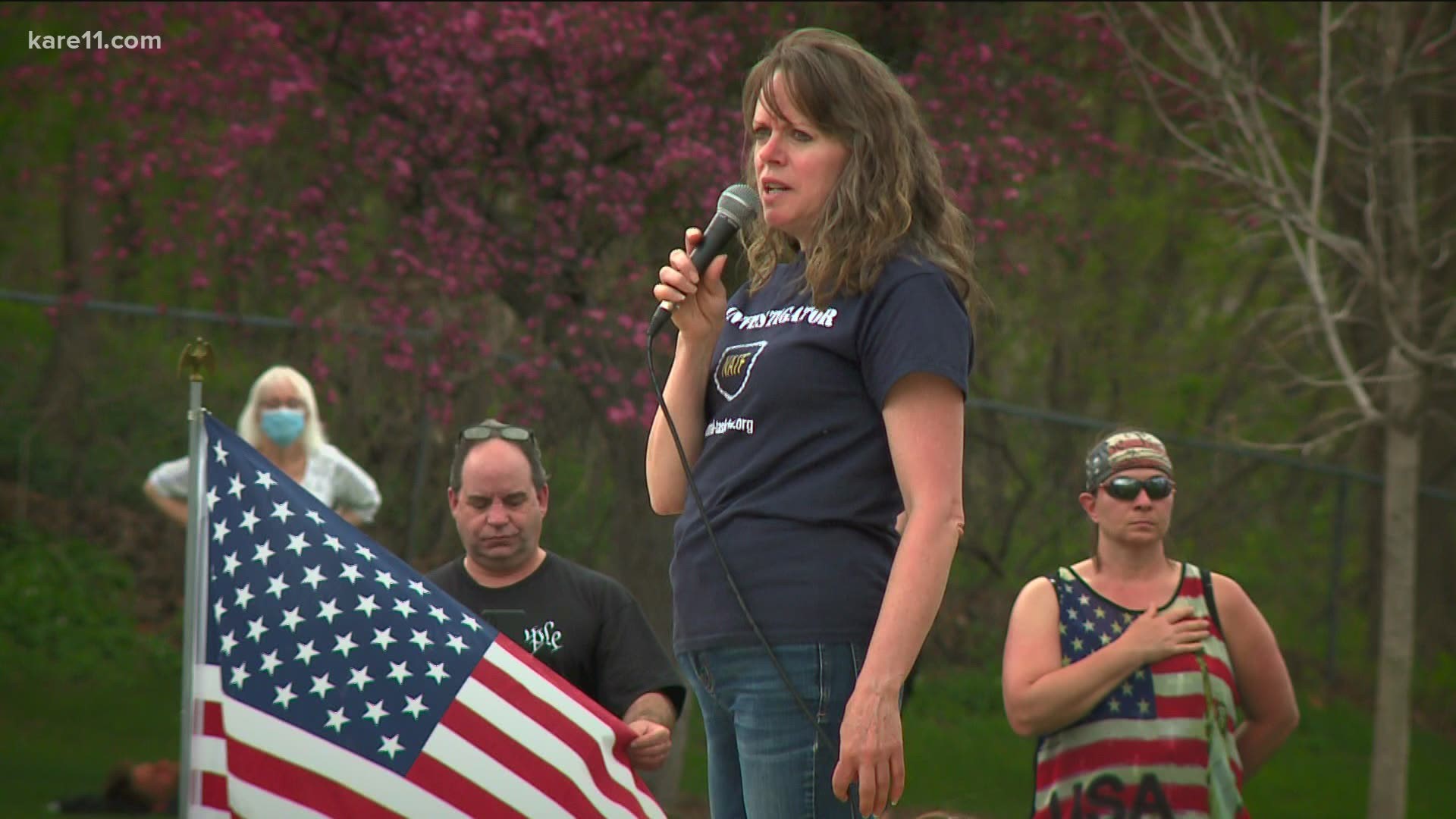 Hanson says her business, The Interchange Wine and Coffee Bistro, was already in financial ruin after the first lockdown, and she knew the business wouldn’t survive another one.

“We knew right away that it was wrong what the government was doing to us,” Hanson says.

The event Saturday was held to raise money for Hanson’s legal fees.

Those legal bills stem from charges that were recently filed against Hanson, and also lawsuits she is filing herself.

“We have over 30 lawsuits and counterclaims against over 20 litigants in the state,” Hanson says.

The charges filed against Hanson include nine misdemeanors that were filed after she violated a state lockdown last November.

A court date was scheduled for March 10, but Hanson argues she was never officially summoned to court.

"There was no summons, or complaint,” Hanson says.

So, Hanson says she decided not to show up, even though she knew the date and time she was expected to be in court.

"Yes, I did have the date and the time, but that didn't compel me into the court right? That was basically just an announcement or an invitation. I watched for the summons and complaint. I watched the court docket, watched in my email, watched USPS mail. I was not personally served,” Hanson explains.

After Hanson failed to show up for her court date, warrants were issued for her arrest.

Hanson was arrested and released a few hours later.

She says the arrest was unpleasant and scary, but she’s now even more committed to her cause.

"If we don't stand up and do something about this, we will not have an America,” Hanson says.

Besides Hanson, a handful of Republican lawmakers also spoke at the event, including Minnesota gubernatorial candidate Scott Jensen.