Greg Beaudoin is among a staggering number of COVID ICU survivors who are dealing with life altering complications months after recovery. 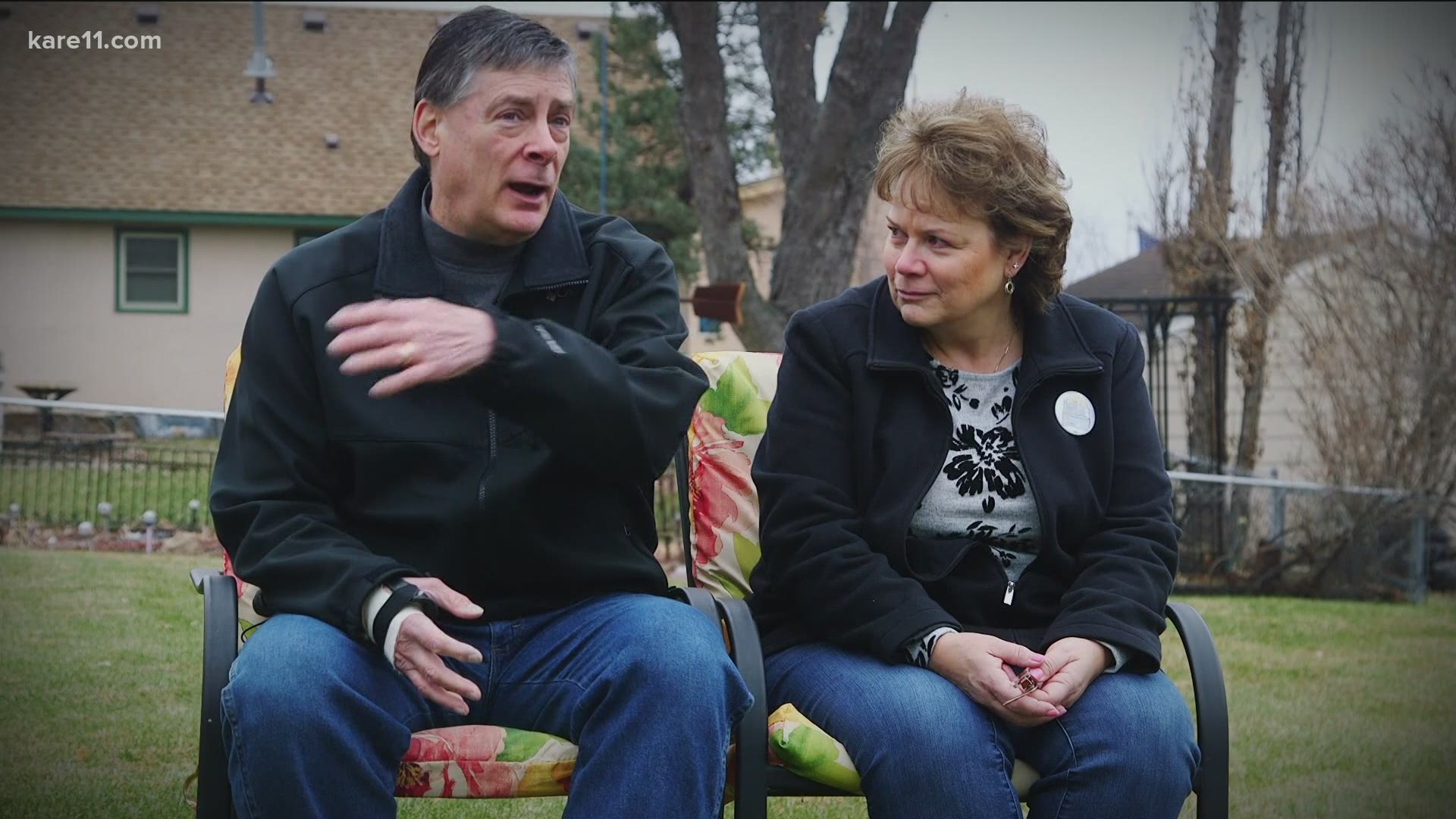 MINNEAPOLIS — A lot has changed in the four months since Greg Beaudoin returned home from the hospital, following a devastating battle with COVID-19. The only thing that hasn't changed, is the way his wife Sue Beaudoin remembers it.

"It was absolutely a miracle," Sue Beaudoin said. "Every day and every night I'd lay in bed and think about when that day was going to come."

By the time that day did come, Greg's body was battered and weary from a 54 day battle with COVID-19 in the ICU at Bethesda Hospital. Multiple surgeries and another month of rehab immediately followed.

"The surgeon who operated on my lungs looked at me when I left, and he said, 'You ought to be counting your blessings because most every other person would not have survived this,'" Greg said. "So I was really happy I got home."

But as he arrived home to Inver Grove Heights, and celebrated in the driveway with his family, Greg says he began to have mixed feelings about his miracle.

"I was scared," Greg said. "I was walking into chairs and tables and I couldn't navigate very well."

Though he knew he should be grateful, at the time he was still struggling to comprehend what had really happened.

"I mean, there was snow on the ground when I got taken out of my house," he said, recalling the day he began to lose his breath and required an ambulance ride to the emergency room. "We went all summer before I came home."

Greg believes he contracted COVID while working as a respiratory therapist in a rehab facility early in the pandemic, but the days that followed his hospitalization were missing from his memory, and he didn't begin to understand the toll it took until recently.

"I know what it means to be on a ventilator, I monitored lung mechanics for patients for a career," Greg said. "I heard what my ventilator settings were and that was a bad, bad sign."

Sue, an ICU coordinator at St Joseph's Hospital, would later show him the detailed notes she took during his 54 day stay in the ICU. That is when he learned that he'd developed double pneumonia, while COVID attacked his gallbladder and contributed to two strokes.

"When I got home I couldn't feed myself," Greg said. "My wife did everything really. I couldn't see or hear well and I just couldn't think straight."

The lengthy stay in the ICU led to severe muscle fatigue, and the strokes contributed to vision problems that Greg says he continues to struggle with. Yet he says none of it compares to the mental toll of PTSD and depression he felt after realizing that he'd never be able to return to his old job.

"I mean, you used to be someone that did a lot in the hospital," He said. "You managed ventilator-dependent patients and now you're broken down to this very small piece that gets tripped up by fourth grade reading and writing.

"It is as if you didn't get a chance to grieve for the person you were. You went right to what you are now. You never got to say goodbye to the guy who used to run through the woods with his dog every night. That's all done now." 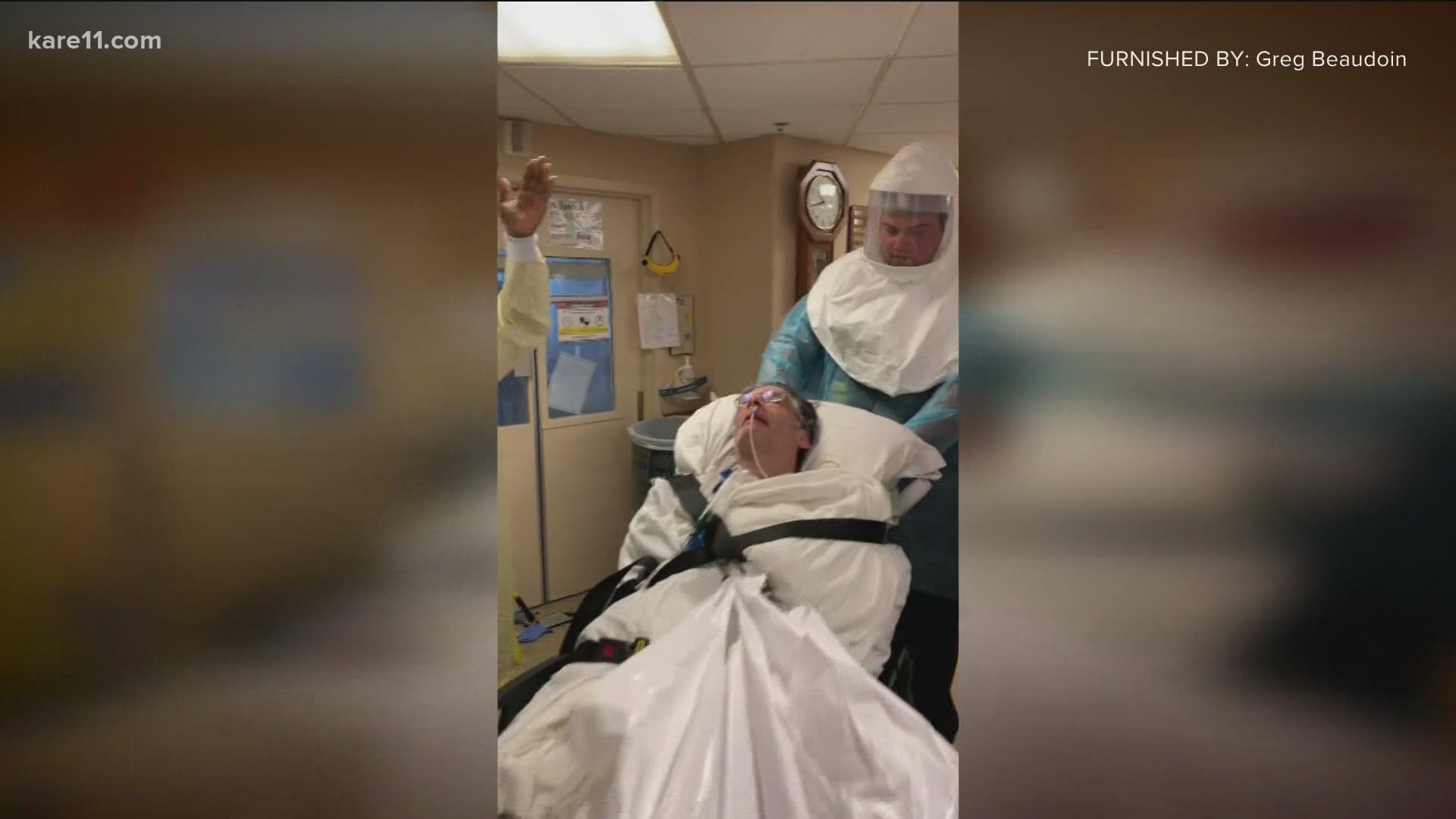 Doctors at M Health Fairview say Greg is among a staggering number of COVID-19 patients who have been discharged from the ICU, but still struggle with long lasting symptoms.

"Most of these patients have PTSD," said ICU Dr. Sakina Naqvi. "They don't really know what we did to them in the hospital."

Dr. Naqvi, says it's part of Post ICU Syndrome, a collection of physical, mental and emotional symptoms. She says it pre-dates the pandemic, but she's never seen such a demand for treatment.

With so many patients in need of support, M Health Fairview tapped Dr. Naqvi to start a new, online ICU survivorship clinic for patients like Greg.

"Because of COVID there was this acute need that the organization recognized that we needed to get this going," Dr. Naqvi said. "Our clinics are full now and if we had the bandwidth to see more patients, there are tons of patients in the queue waiting to be seen."

She hopes other clinics will soon come online to help with demand.

"If other places have clinics like this, go to them," Dr. Naqvi said. "Most of what we're doing in the clinic is debriefing the patient and their family about what happened in the hospital. I'm not doing anything groundbreaking except just talking to them."

Greg and Sue say those conversations changed his entire outlook, and he hopes other survivors can find similar help.