"Let's not lose that hard-fought ground that we won by throwing aside these precautions," Dr. Greg Poland said. 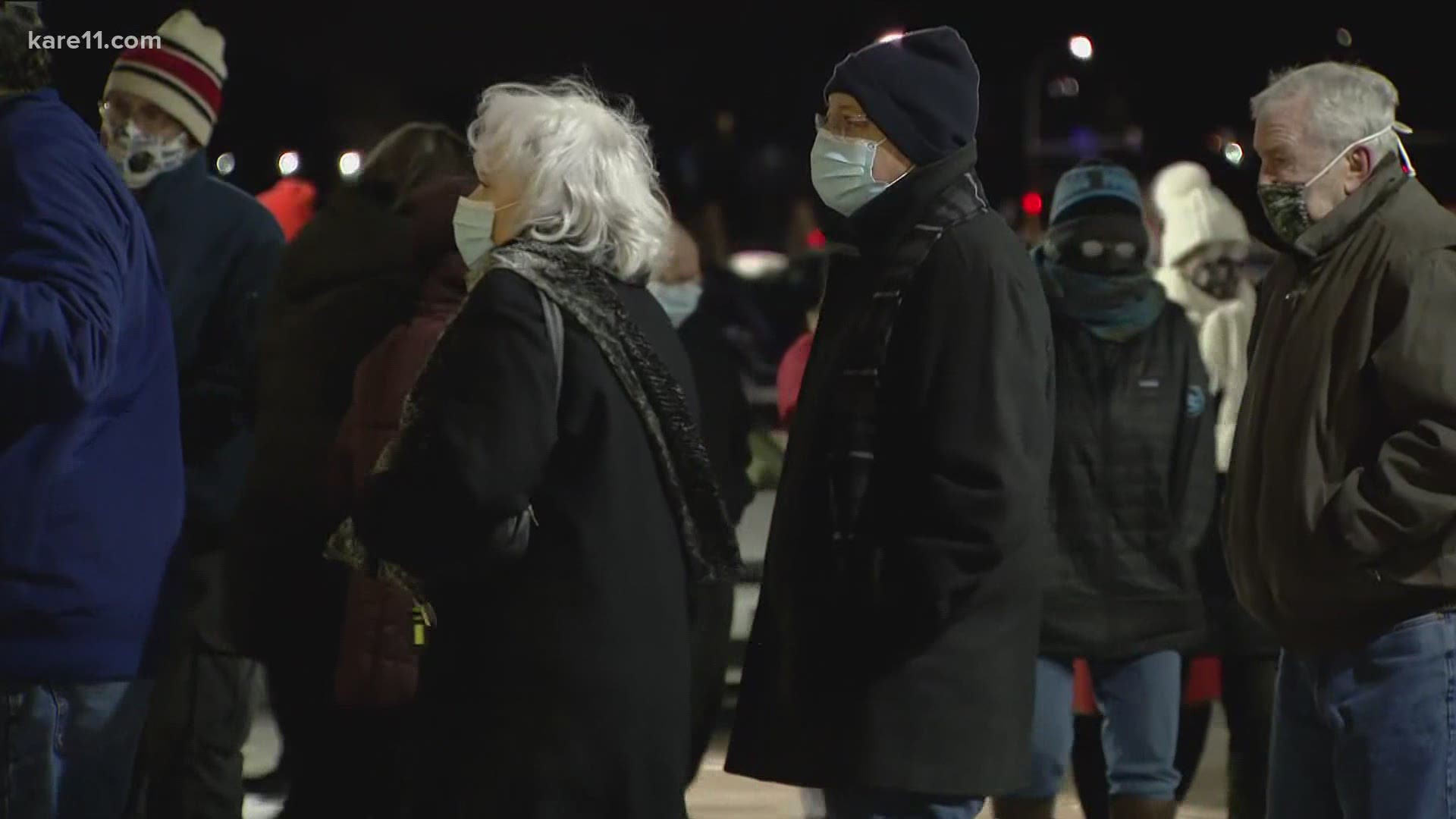 Tuesday, the Minnesota Department of Health (MDH) reported two deaths and 456 positive cases. Infection numbers fell to their lowest level since September 15. MDH noted the testing volume of 9,333 was one of the lower lab numbers they've seen but added it wasn't too long ago they were excited by a 10,000 test day.

Cases and hospitalizations are declining across the United States. In recent days, the seven-day average of daily new cases fell below 100,000 for the first time since November.

"We definitely are moving in the right direction. I believe that this is sort of a lull before our fourth wave depending on what America does here," said Dr. Greg Poland, professor of medicine and infectious diseases at Mayo Clinic and director of Mayo's Vaccine Research Group. "We're seeing cases decline but remember one out of almost every 12 Americans has gotten infected. One out of almost every 650 Americans has now died of COVID. So generally speaking the people who didn't want to wear a mask and didn't want to distance, a fair number of them have been infected and either recovered or unfortunately died."

But Dr. Poland said he also believes the message of wearing masks, social distancing and taking other safety precautions has now gotten across to the vast majority of people.

The decline comes after a holiday surge.

"That's part of it. As predicted, we definitely had a surge after the Thanksgiving and Christmas holidays. So that's helping. I think two, in a kind of an odd way the severity of cold has kept people indoors and not mixing perhaps in ways that they might otherwise have," Dr. Poland said.

He went on to say, "Like any respiratory transmitted virus there is, there tends to be seasonality associated with that. So wintertime is when we would expect to see more coronavirus. But that's just one factor. Crowding, not wearing masks, etc. those are actually more important factors and I think the reason again that we're seeing this lull currently is that most of America has gotten that message."

More Americans are also starting to get the vaccine. According to the Centers for Disease Control and Prevention, 55.2 million vaccines have been administered in the U.S. so far. In Minnesota, just over 12% of the state's 5.6 million residents have received at least one dose of the vaccine.

"It's a multi-component thing. It's the masking. It's the distancing. It's the vaccine. It's the lull after the holidays. It's before the variants have spread widely. All of those things intersect to create the level of transmission that we now have," Dr. Poland said.

But as new, more contagious variants emerge, many are experiencing COVID-19 fatigue.

"People don't want to keep doing this or they get their doses of vaccine and they think, 'I don't have to take these precautions.' That would be wrong. What we all need to do is get our vaccine when we're eligible to get it and continue masking and physical distancing. That's what's going to get us through that. That's what has sharply decreased that," Dr. Poland said. "Let's not lose that hard-fought ground that we won by throwing aside these precautions."