B117 variant spiking in many states, experts believe kids may be spreading it more than other strains

"It’s spreading readily in young kids, which we haven't seen in the COVID viruses prior to B117,” Dr. Michael Osterholm says. 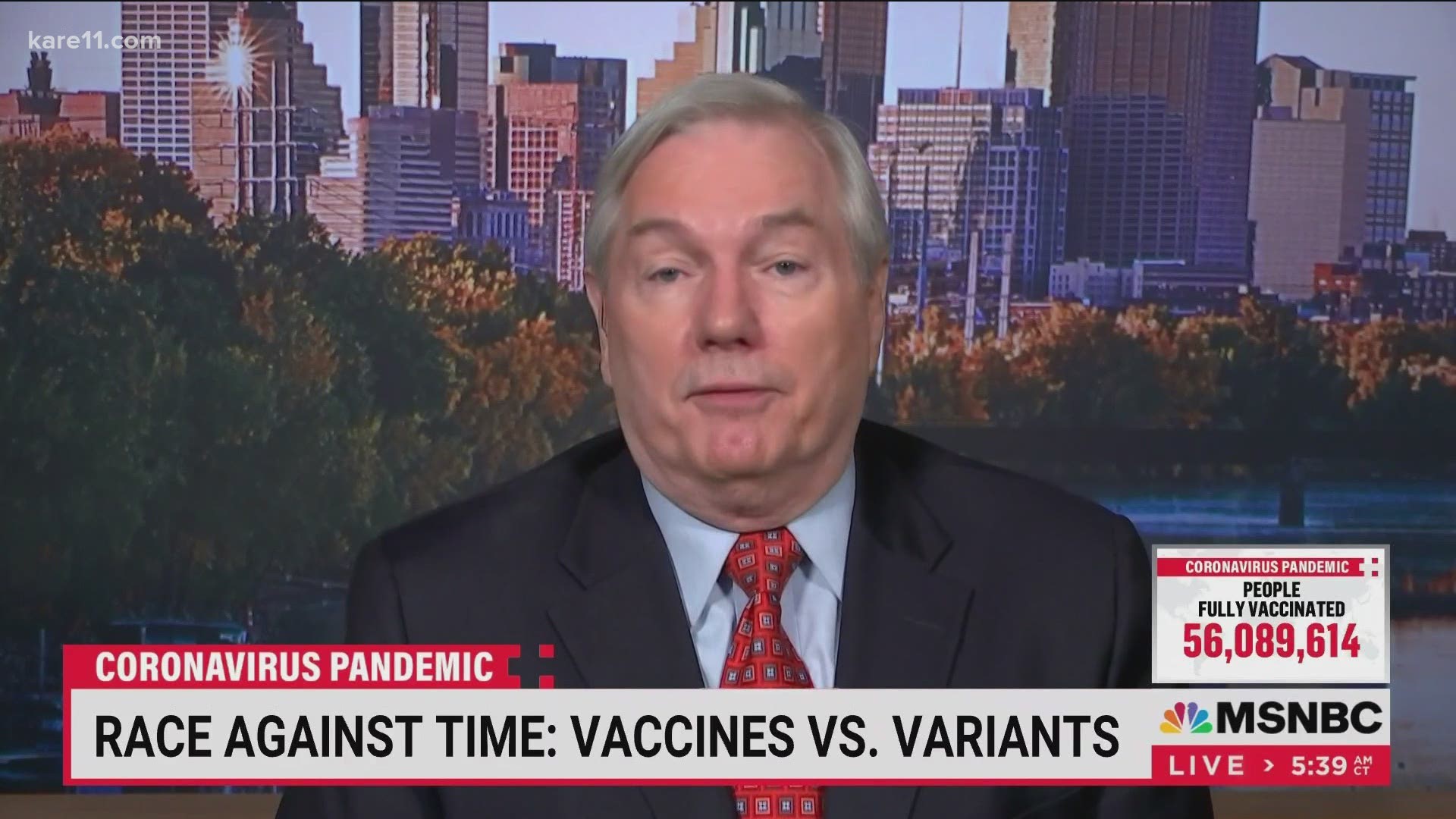 MINNESOTA, USA — Every day more kids are going back to school after months of learning from home.

At the same time experts now believe kids may be spreading the coronavirus more than ever.

"The Upper Midwest and Northeast right now are experiencing major upticks in cases,” says Dr. Michael Osterholm, Director of the Center for Infectious Disease Research at the University of Minnesota.

Dr. Osterholm says the B117 variant is mostly to blame for the recent spike in cases and early evidence shows children may be more likely to spread it.

"This B117 virus is at least 70% to 100% more infectious and it's at least 50% to 60% more likely to cause severe disease. The issue that is really a challenge is that it’s spreading readily in young kids which we haven't seen in the COVID viruses prior to B117,” Dr. Osterholm says.

According to the British Medical Journal, this has been happening in Italy and Israel for a few months now.

In Israel, experts believe the variant first emerged in December.

A month later, in January, the British Medical Journal says 50,000 kids tested positive for the virus, more than any month during the 1st and 2nd wave of the virus.

In Italy, researchers studied a spike in cases in a small village where 10% of the population caught the virus. Sixty percent of those individuals were children, who then spread the virus to family members at home.

But there is some positive news.

"If all goes as planned, the vaccine for 12 to 15 year olds could be ready as soon as the start of the next school year,” says Dr. Bill Gruber, Pfizer’s Senior Vice President of Vaccine Clinical Research and Development.

So, kids are possibly just a few months away from being eligible for the vaccine.

And experts say while kids may be more likely to spread this new variant, they don't know yet if it's causing more serious reactions in children.

Either way, they're encouraging families to keep up with masks and social distancing heading into the summer, so that by next school year, kids can start off in the classroom and hopefully never leave.

State health officials say the B117 U.K. variant is now the dominant strain in Minnesota. They believe it's responsible for nearly 60% of the cases we're seeing right now.