Although the impact of some of the policies remain unclear, hundreds of thousands of Minnesota workers could be affected. 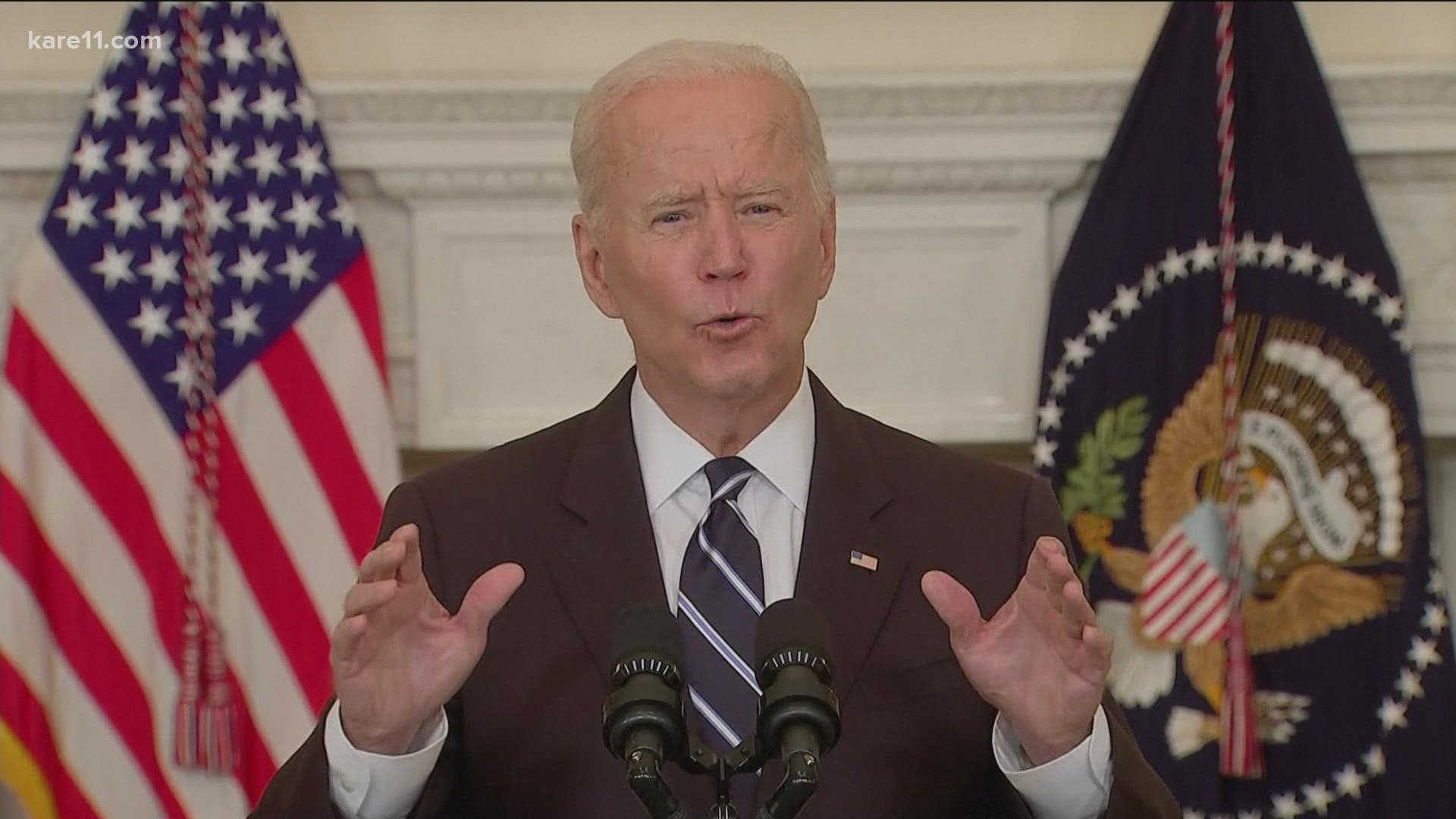 The president also directed the U.S. Department of Labor to develop emergency rules mandating vaccines - or weekly negative COVID-19 tests as an alternative - within companies that employ at least 100 people.

Although it is difficult to pinpoint an exact total, the rules will apply to a significant portion of Minnesota's workforce. According to U.S. Census data shared by the Minnesota Department of Employment and Economic Development, 4,244 business establishments across the state have at least 100 employees, totaling more than a million workers in all. However, according to a DEED spokesperson, "the number of businesses could be higher or lower, as this is for single establishments."

Doug Loon, the president and CEO of the Minnesota Chamber of Commerce, said he's still trying to understand the scope of the proposed rules for medium and large employers.

"We knew the president was going to make an announcement today related to vaccinations for federal employees and contractors. We didn't know he was going to go as far as to address the medium and large employers," Loon said. "A bit of a surprise."

Loon said that one of the chamber's national partners will be briefing them in the coming days about the possible impact of the announcement, and that he'll be watching closely as the Department of Labor develops the emergency regulations for vaccines or weekly testing mandates.

Many of these employers have been struggling with worker shortages already.

"It could have a serious impact on businesses meeting the needs of their customers in terms of supply chains, products, and services," Loon said. "We're very concerned about that. Without a workforce, we don't have the economic engine that we need here in Minnesota to fully recover."

David Larson, a labor law expert and professor of law at Mitchell Hamline, said legal challenges to Biden's announced policies are almost a guarantee. However, general challenges to the concept of vaccine requirements are unlikely to succeed, in his opinion.

"There's a statute called the OSHA Act - the Occupational Safety and Health Act - and there's a general duty clause in there that says employers have the obligation to provide a safe place to work. And that's a pretty broad clause," Larson said. "And you can use that clause when you believe there is a serious threat. And I think we have that now."