With the Great Minnesota get-together canceled this year, a local company has been creating a lot of buzz online about possibly holding a Black State Fair. 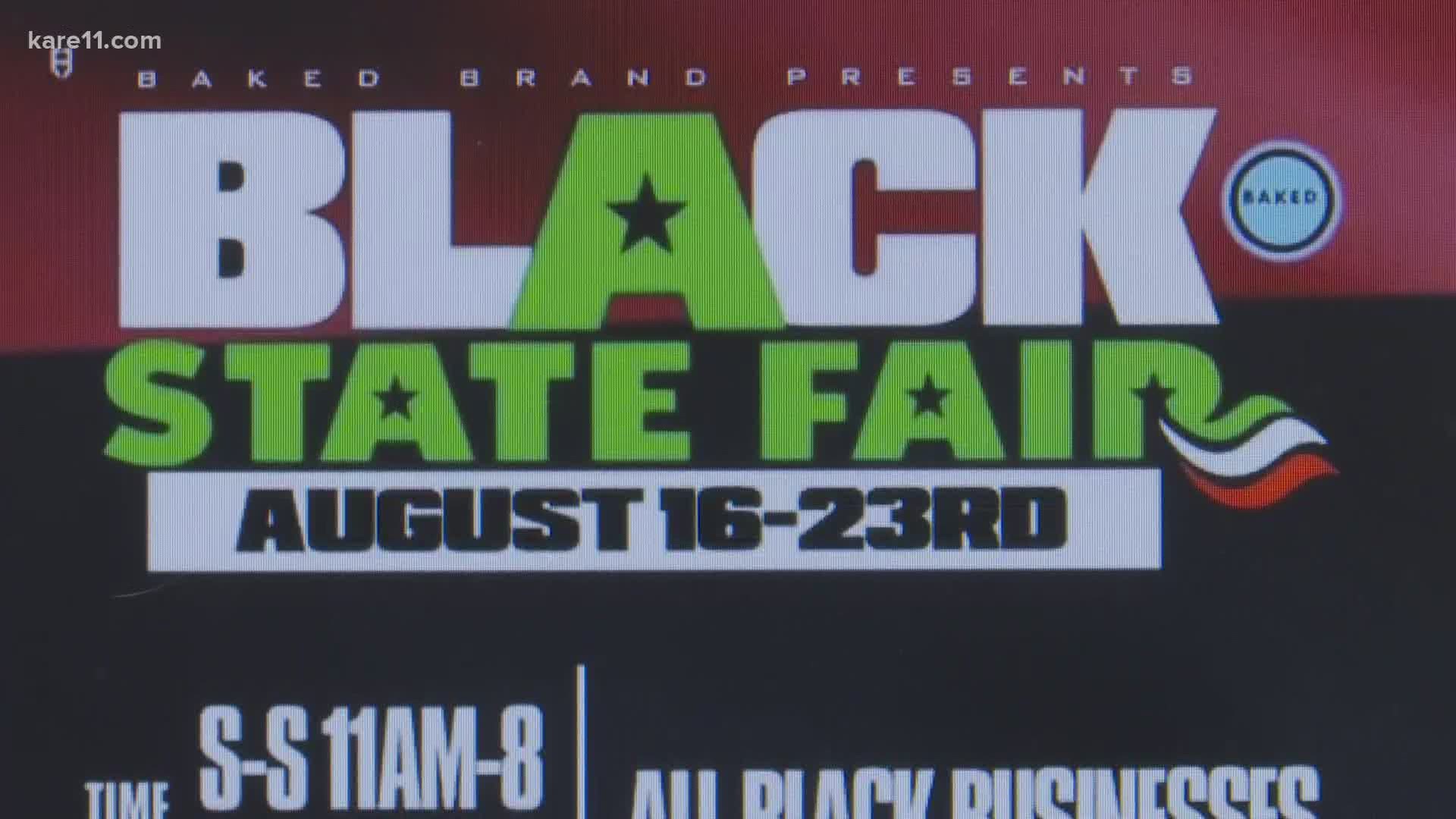 MINNEAPOLIS — All black businesses. It’s a free event with no violence.

That’s what a flyer promoting the 'Black State Fair' read, stirring up a lot of buzz within the last week on social media, considering the Minnesota State Fair is cancelled this year.

There’s even a website selling merchandise to promote the event.

"It's a spirit that you just think that status quo really wouldn’t want it to go on, there’s too much positivity that can come out of it, too much mind awakening," said Dodd, Owner of Sweet Inspirations.

The flyer has an address linked to Cup Foods at 3759 Chicago Avenue, which is temporarily closed as it's the epicenter of the George Floyd Memorial.

In a statement posted online by organizers with the Black State Fair, they say in part, "the event is a movement to bring economic opportunity, safe space and healing to a community deeply impacted by injustice." They want people of all races to attend.

However, many people online aren’t buying into the hype.

Randy posted on Facebook saying in part, "Despite shutting down the State Fair do to COVID-19, Minnesota officials are allowing black business events to be promoted?"

For Dodd, it’s not about race.

"There’s a whole lot of us out here trying to do something small and make it turn into something big," said Dodd. He went on to say, "It gives us an opportunity to show cohesiveness not only with ourselves but with our dollar.”

KARE 11 reached out to the city for comment on the event, and the city's Public Works Department responded with the following statement:

"The City has not received an application for a permit for this event. All activities and events seeking to use a public street right of way must obtain a permit.  The City has been following the recommendations and guidelines set forth by Governor’s executive orders which recommend limiting social interactions.  Accordingly, permits may be written for gatherings up to 25 people. The City seeks to prioritize health and safety related to COVID, thus the City is currently not permitting any block events until restrictions are lifted."

An organizer of the event said in a statement: "The event has been cancelled until further notice and unsure of a reschedule date as of now. We have a lot to take into consideration."