With some small shops opening on a limited basis, business owners have added sanitation stations and social distancing standards to keep customers safe 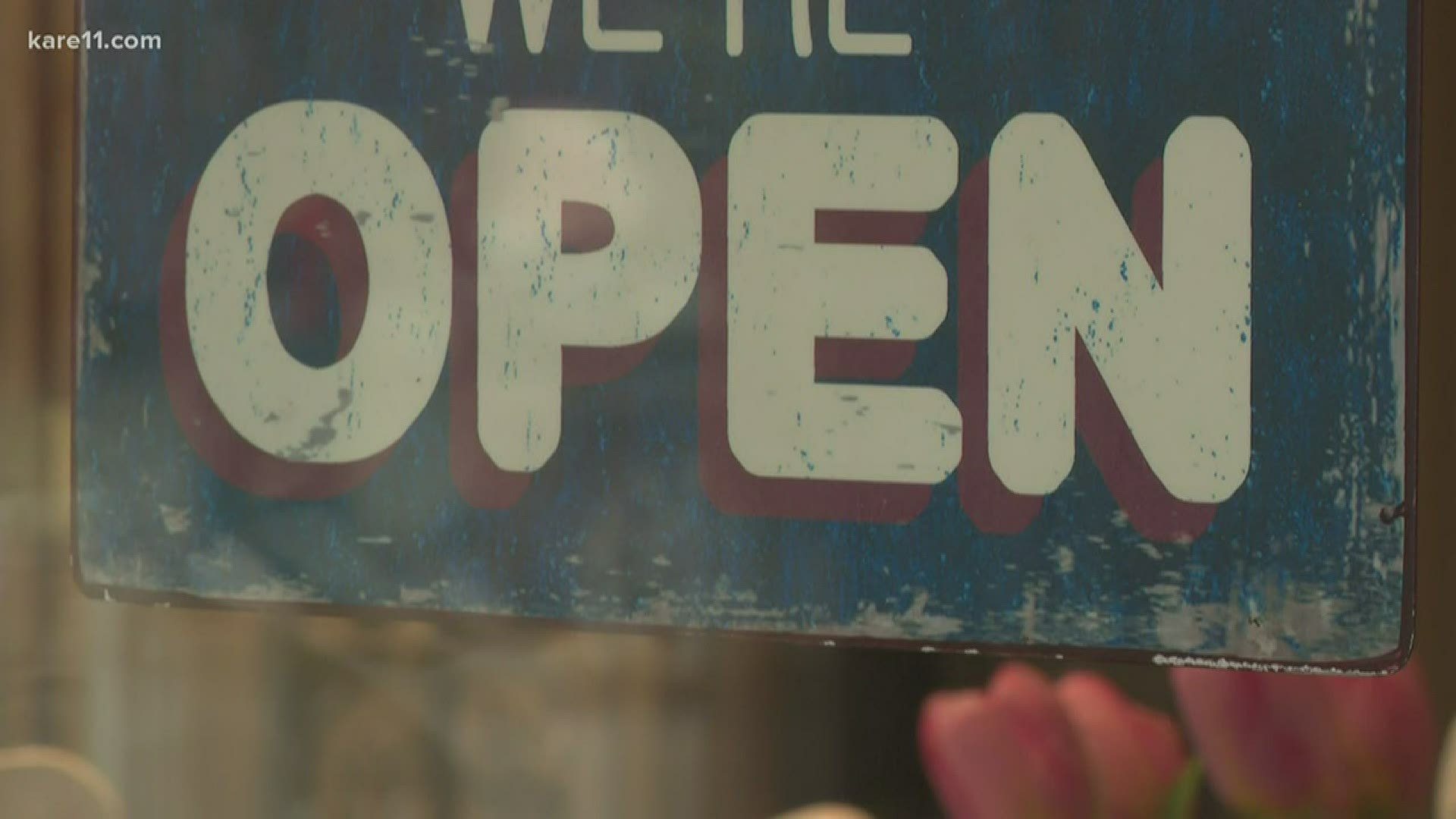 MINNEAPOLIS — “OPEN” – that’s a word you haven’t seen much lately.

“It’s been strange,” one 50th and France resident said as she walked through the main strip on Monday afternoon.

But a feeling of familiarity returned to the Twin Cities on Monday, as non-essential businesses opened on a limited basis for the first time in two months. Michael Hagie, for example, opened his doors at “Gather” gift shop in the 50th and France neighborhood – except this time with hand sanitizer, Plexiglas, and social distancing signs.

“To explain to them that it’s totally safe,” Hagie said. “And we are actually wearing face masks when there’s customers in the store.”

On Day One of re-opening – Gather saw a steady stream of loyal customers.

“You miss that,” he said. “And you don’t realize how much you miss it when you’re almost two months without.”

Malls drew small crowds, too – from the Ridgedale Center to the Galleria to the Rosedale Center. Small businesses have also developed protocols based on state guidelines.

RELATED: Local manufacturers trying to keep up with second wave of PPE

RELATED: Some restaurants may be adding a COVID surcharge to your bill

“We have some students who have been just chomping at the bit to get back in,” Nelson said “Now we’re calling it the new normal. And that just feels like a good place to be.”

At the same time – people seem to be aware that the COVID-19 crisis is far from over.

“Social distancing is still very important,” Lisa Feder said as she walked down France. “Maintaining and keeping your distance – we don’t want to see that curve going back up.”