MDH is reporting an outbreak of a variant strain linked to school and club sports and fitness centers. They recommend a county-wide pause in youth sports. 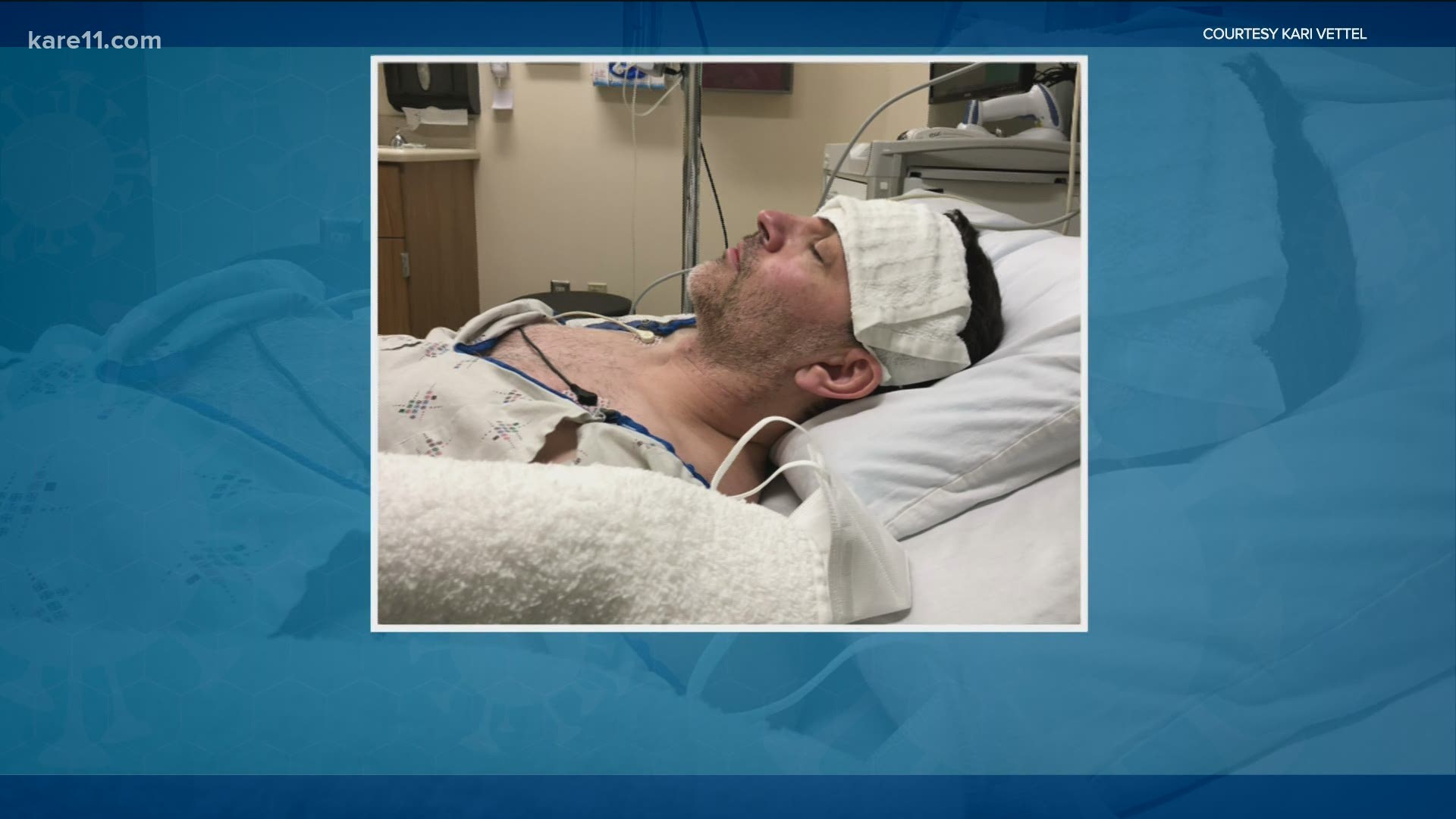 CHANHASSEN, Minn. — We're digging deeper into the spike of COVID-19 cases the Minnesota Department of Health is reporting in Carver County. Health officials say a variant strain is spreading among youth sports.

A basketball coach from Chanhassen is now recovering from COVID. His wife, Kari Vettel, says it was just a couple days after Brandt Vettel's 50th birthday at the end of last month that she knew something was wrong.

Kari says Brandt is coaching freshman boys at Chanhassen High School. He immediately contacted the school after he came down with chills, body aches, a tickle in his throat and eventually a fever.

"I don't know anyone really who loves basketball more than my husband," said Kari. "I'm sure he got it playing, you know, coaching basketball. Really, we don't go anywhere."

Brandt was able to come home from the hospital on Monday night.

Since late January, MDH has linked 68 cases to school and club sports and gyms in Carver County. In a news release, MDH listed some of the impacted sports as hockey, wrestling, basketball and alpine skiing. Some of the cases are also the more contagious variant originally found in the United Kingdom. On Monday, MDH recommended starting a two-week, county-wide pause on all youth sports.

"People are frustrated, but that won't help us if we don't act," said Kari, who's also a physician assistant and treats COVID patients at Glencoe Regional Health. "We have an outbreak and we need to act or we might have an outbreak that’s worse."

Some games in Carver County were canceled over the weekend. But Eastern Carver County Schools posted on its website that varsity teams will still play with spectator restrictions and additional mitigation efforts.

And in an email, the Chaska-Chanhassen Hockey Association says its athletes will play too.

As for Kari, she's confident in the vaccines but says she's still careful and hopes others will be too.

"We understand how many kids really benefit from high school athletics and how you benefit from being on a team and how emotionally and physically that helps you to grow as an individual," said Kari. She said her husband wouldn't want to take that away from kids. "He does not blame any kids or anybody for getting sick and that said, I don’t either. I just don’t want to see any other family not do well with this virus."

MDH says these variant cases aren't confined to Carver County - it's reporting cases in 15 other counties, including the seven metro area counties.

KARE 11 has asked MDH for data to compare the number of cases amongst all the impacted counties, their origins and if it's recommending similar mitigation tactics like the pause on sports in Carver County.

It says it plans to release that information on Wednesday.