'It's going to be crazy busy': Conservation officers ready for holiday weekend on water amid pandemic

When it comes to social distancing, DNR conservation officers say they can't do much other than remind boaters about public health guidance. 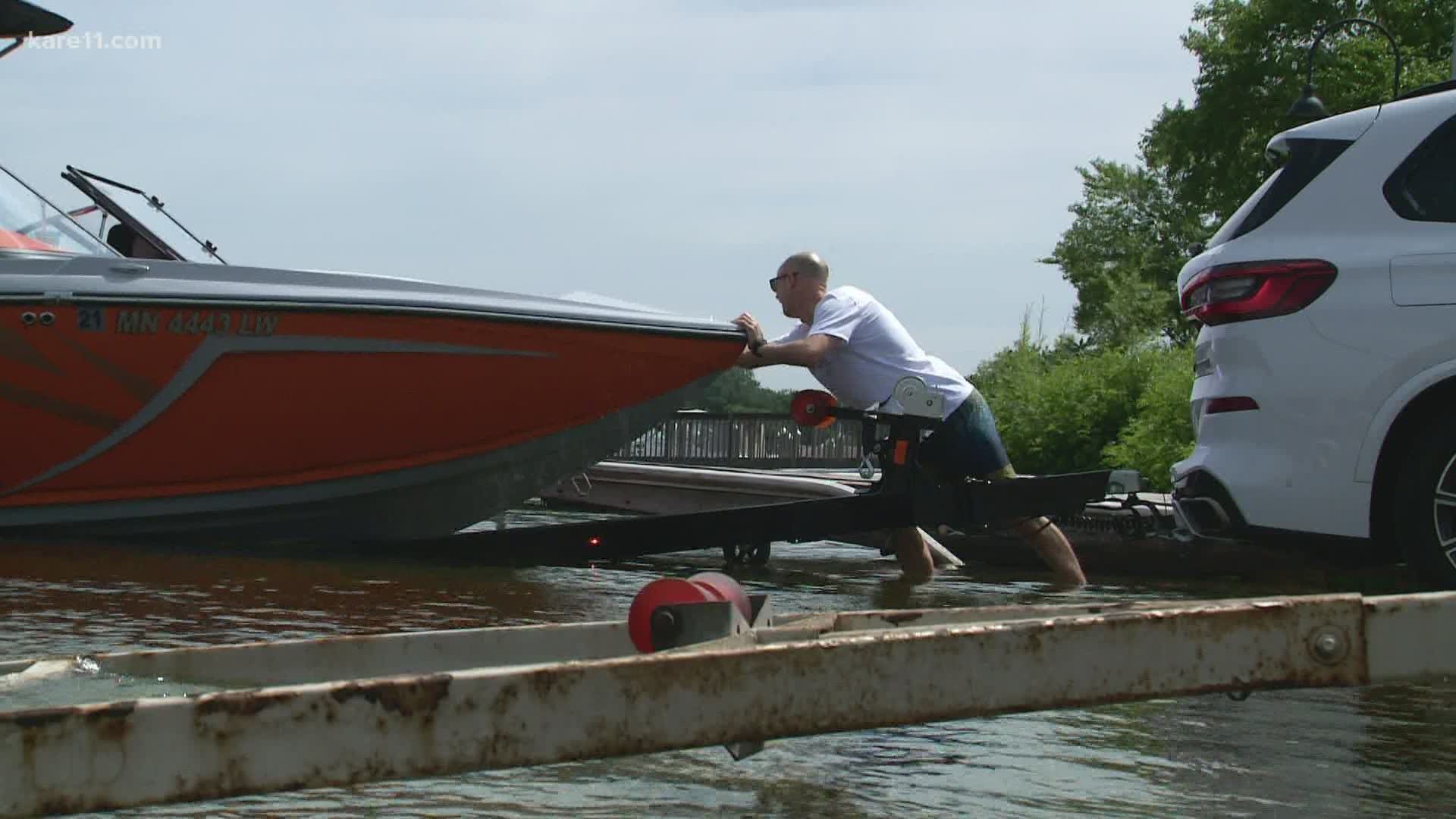 WAYZATA, Minn. — The Fourth of July weekend is usually busy on Minnesota lakes, but this weekend, there could be even more people.

"It's going to be crazy busy and it has been crazy busy," said DNR Conservation Officer Arnaud Kpachavi, who says more people have been taking to the water during the pandemic. "Just the lack of things to do indoors has just really pushed a lot of people outside."

For conservation officers that means more potential safety concerns. They'll have extra patrols out over the weekend focused on people who are drinking and driving their boats.

"Especially with a lot of new boaters out there," said Kpachavi. "Who maybe aren’t necessarily thinking, 'Oh, I’m in a motor vehicle, I should not be drinking and operating this vehicle.'"

Officers will also be doing their normal enforcement for things like proper life jacket use.

But when it comes to social distancing to prevent the spread of the coronavirus, they say they can't do much other than remind boaters about public health guidance.

"We're not going to be breaking up groups of people, because we have no way of knowing who is in a household and who's not," Kpachavi said.

More than 170 people got an intestinal illness after spending time there on the Fourth of July in 2019.

Kpachavi said they'll be paying "extra attention" to that area, but can't do much about the large group of people unless they're breaking the law.

"There's no law saying people can't congregate there," he said. "We encourage people to social distance, but people can make their own decisions for themselves."

RELATED: Guidelines for boating during COVID-19

RELATED: Where to watch July 4th fireworks on TV, online this year