Here is the latest data on Minnesota's battle against COVID-19, and increased vaccination and testing across the state. 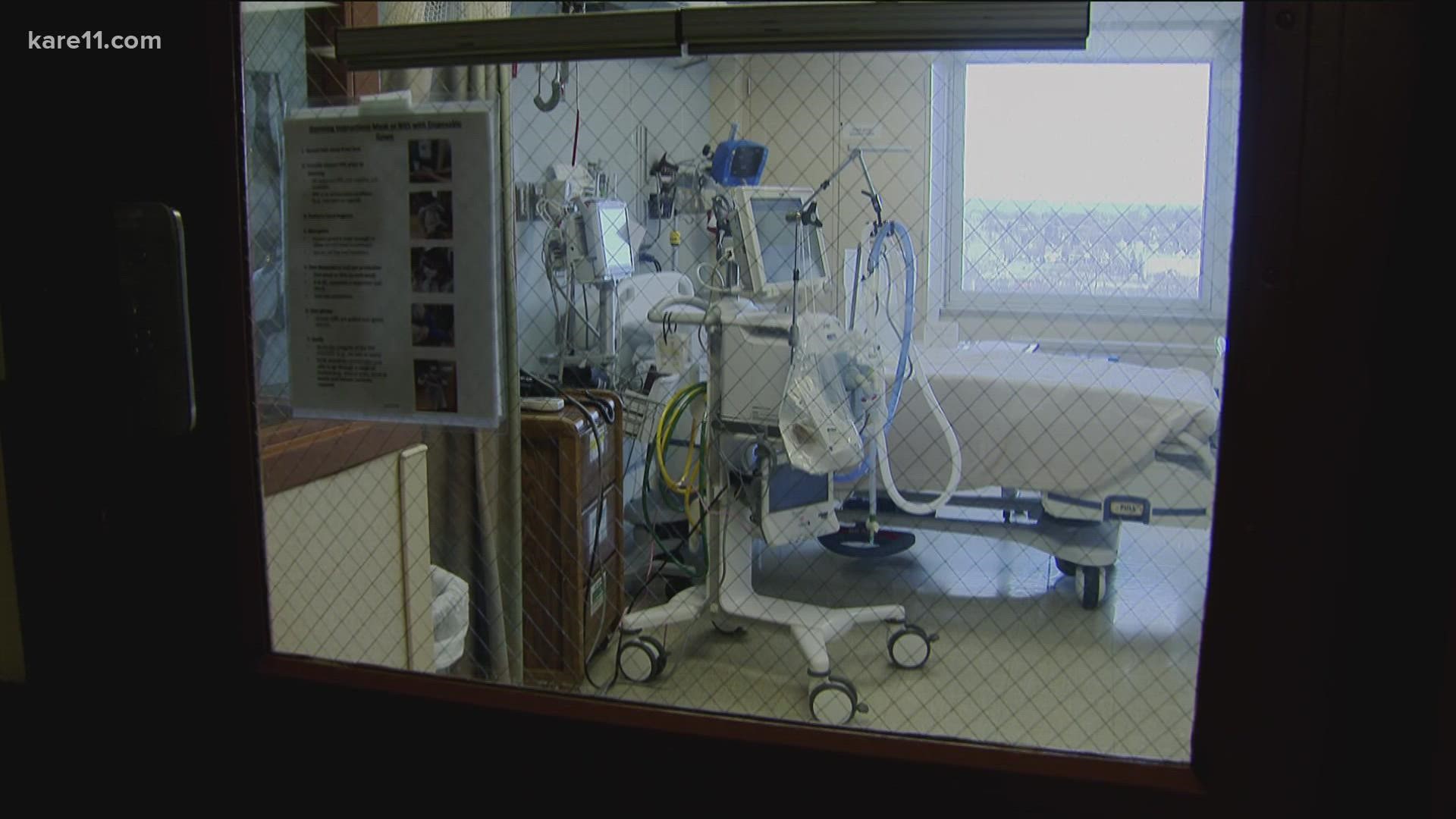 Minnesota's COVID-19 hospitalizations and case numbers show no sign of waning, according to data released by state health officials Thursday.

The Minnesota Department of Health (MDH) says 1,381 people were being treated for the virus on an inpatient basis as of Wednesday, one person less than reported yesterday. Of that number, 333 require treatment in the ICU.

Total hospitalizations due to COVID have reached 44,033.

MDH recorded 4,827 new COVID infections in the latest reporting period, bringing total cases in the state to 866,055 since the start of the pandemic. That number includes reinfections.

Another 32 people have died from the virus, including a person in their early-to-mid 20s from Carlton County. Hennepin, Ramsey and Washington Counties each recorded three deaths. Total fatalities from COVID now stand at 9,125, of which 4,860 are tied to long-term care or assisted living facilities (53%).

Vaccine percentages in our KARE 11 graphics will appear lower than previously shown, due to the fact our vaccination charts will now reflect eligible Minnesotans five and older, where previously charts were based on those 16-plus.

The Minnesota Department of Health reported another 3,457 new COVID-19 cases Wednesday as the state continues to battle an ongoing coronavirus surge tied to the highly-transmissible delta variant.

The additional cases bring the state's total since the pandemic began to
861,235, including reinfections.

Another 46 deaths were also reported by MDH Wednesday, three of which were among people in their 40s. In total, 9,093 Minnesotans have died of COVID-19.

Hospitalizations increased slightly from Tuesday, with 1,382 people needing care. Of those patients, 320 are currently in the ICU and 1,062 people are in non-ICU beds. On Tuesday, MDH reported 1,348 people were hospitalized.

That's the highest number of daily COVID hospitalizations since Dec. 11, 2020, when 1,406 were reported.

Statewide, only 46 ICU beds are currently open to receive patients. Across the metro system, there are only nine ICU and 17 non-ICU beds available.

Of the more than half a million children ages 5-11 in Minnesota, so far 55,939 have at least one dose of their COVID vaccine.

As Minnesota hospitals feel the strain of the current COVID-19 surge, the federal government is sending dozens of medical personnel to help treat patients and support local staff.

Gov. Tim Walz announced Wednesday that with help from Sen. Amy Klobuchar his request for emergency staffing assistance was granted, and two Department of Defense medical teams of 22 people each will arrive at HCMC Minneapolis and St. Cloud Hospital next week.

Gov. Walz has also arranged to open bed space in long-term care facilities across the state to alleviate pressure on hospitals. Starting Monday, the governor's office said a third skilled-nursing facility will open for certain patients from Twin Cities hospitals that no longer need hospital-level care but aren't ready to go home.

RELATED: Minnesota, Michigan have worst rate of new COVID infections in the country 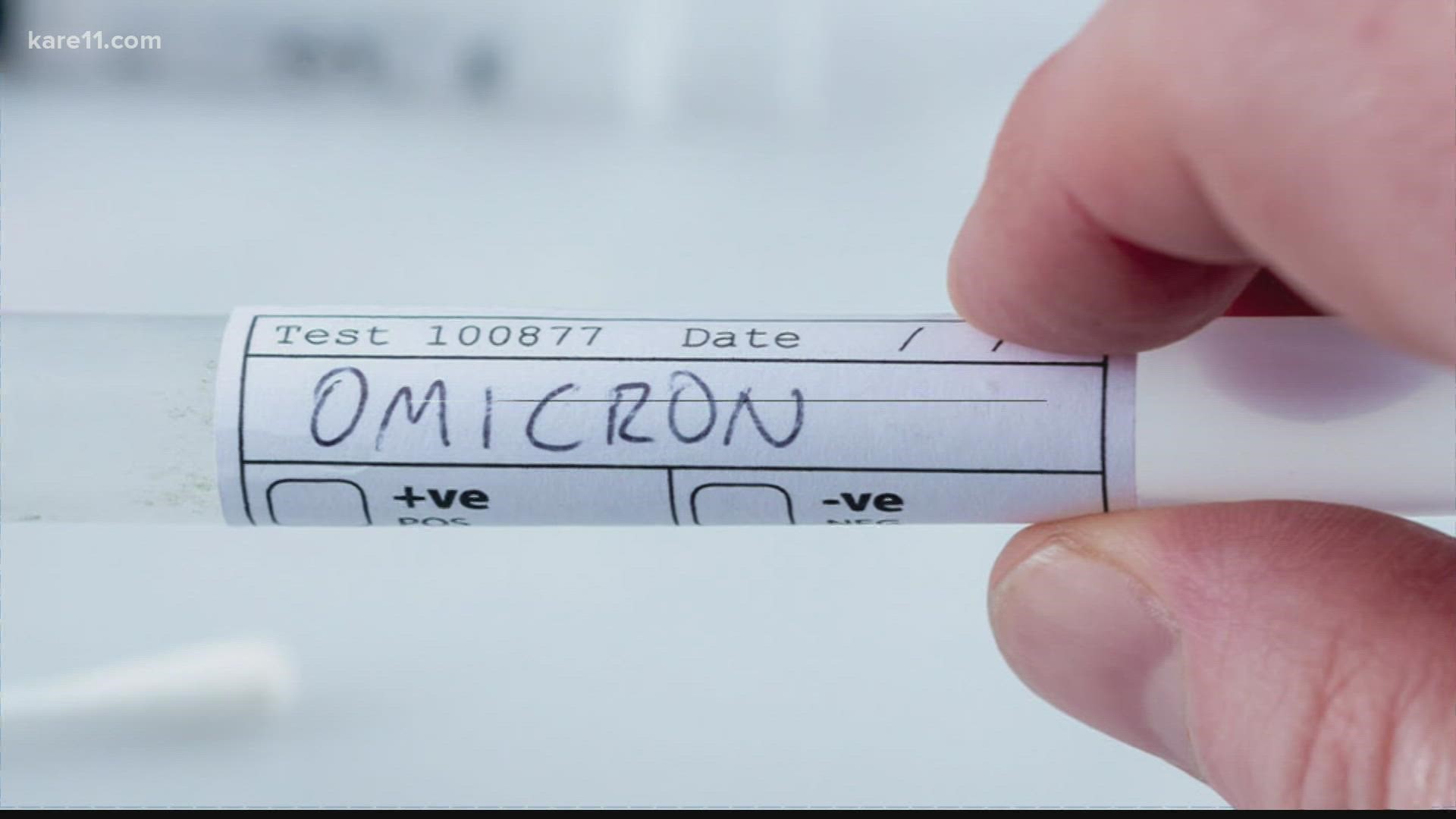 What you need to know about the omicron variant