Coronavirus has impacted Amazon facilities in Eagan, Brooklyn Park and Maple Grove, in addition to Shakopee. 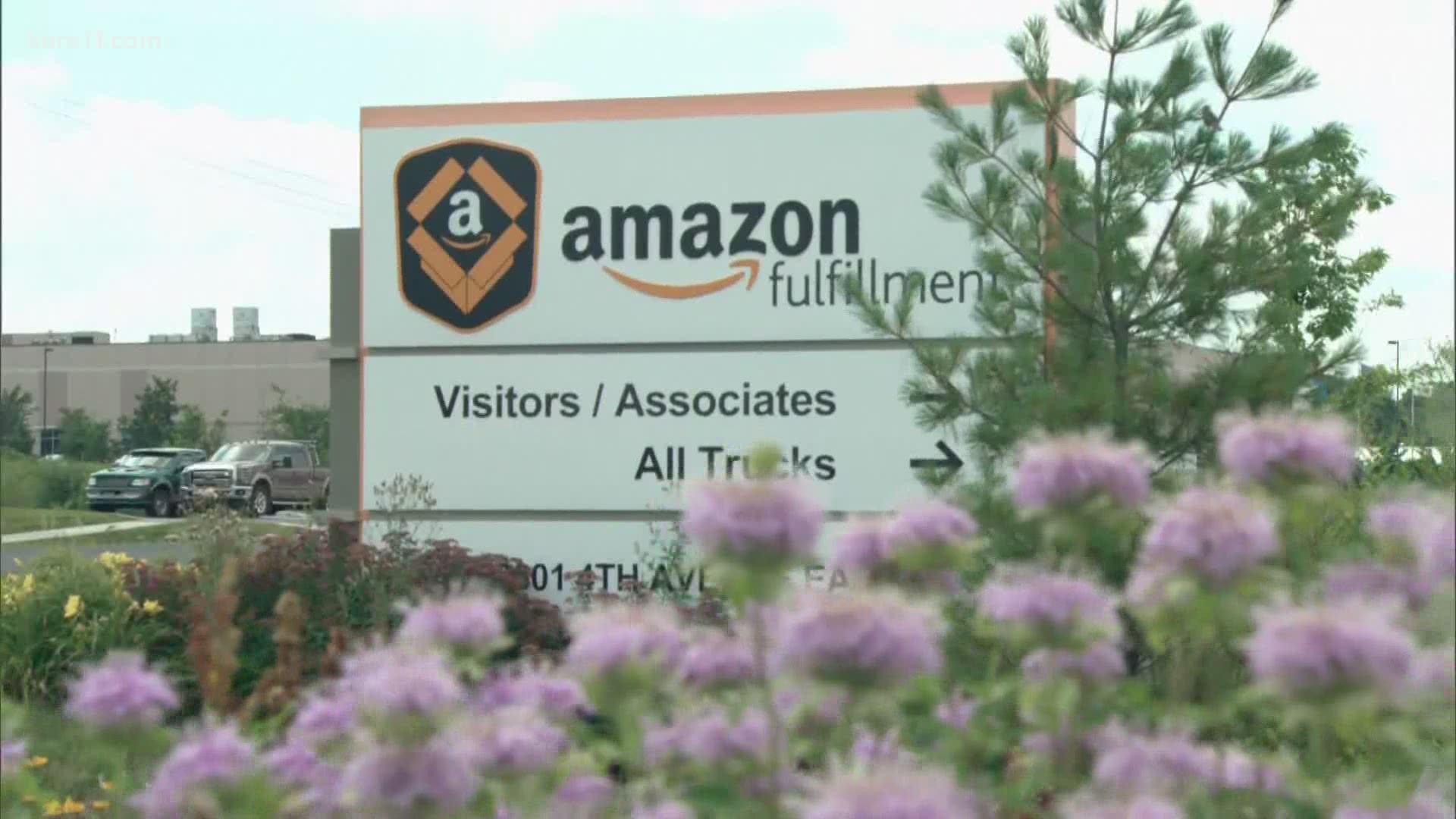 SHAKOPEE, Minn. — After news initially broke that 88 COVID-19 cases had been identified at the Shakopee Amazon facility, health officials provided numbers that show the virus has impacted three others in the metro.

The Minnesota Department of Health (MDH) said there have been 187 cases identified at four facilities. Amazon Shakopee had the most with 88, then Eagan with 22, Brooklyn Park with 14, and Maple Grove with five.

Some cases out of that 187 tally were people who said they worked at Amazon, but did not specify which facility.

MDH said the total Amazon cases range from April 4 to June 18. MDH Infectious Disease Division Director Kris Ehresmann said on a briefing call Wednesday that the bulk of the Shakopee cases occurred in May, and they've seen a significant decrease since then.

"We worked with the facility," Ehresmann said. "We have a workplace team that reached out to them, has worked with them in terms of steps they can take to improve the safety of the workplace for their employees, and they have taken those steps and we've seen a reduction in cases."

MDH provided further details that cases in Shakopee clustered between April 24 and May 20, and then spread out into June. Amazon Eagan followed that same trend and had only one case in June, MDH said.

In Maple Grove, the onset dates of the five cases range from May 8-30.

At Amazon Brooklyn Park, most of the cases occurred in the first two weeks of June, according to MDH, and then were spread out between late May and June.

MDH noted that Amazon is one of more than 250 workplaces in Minnesota that have "COVID case clusters" and their rate of infection by employee population is "in the middle of the pack."

Including meat processing facilities, there are 13 other workplaces that have higher numbers, and JBS pork is the largest.

MDH also pointed out that the people included in these numbers were not necessarily infected at work.

RELATED: European Union considers blocking US travelers due to coronavirus