AstraZeneca is putting its vaccine trial on hold after a patient came down with an unexplained illness. 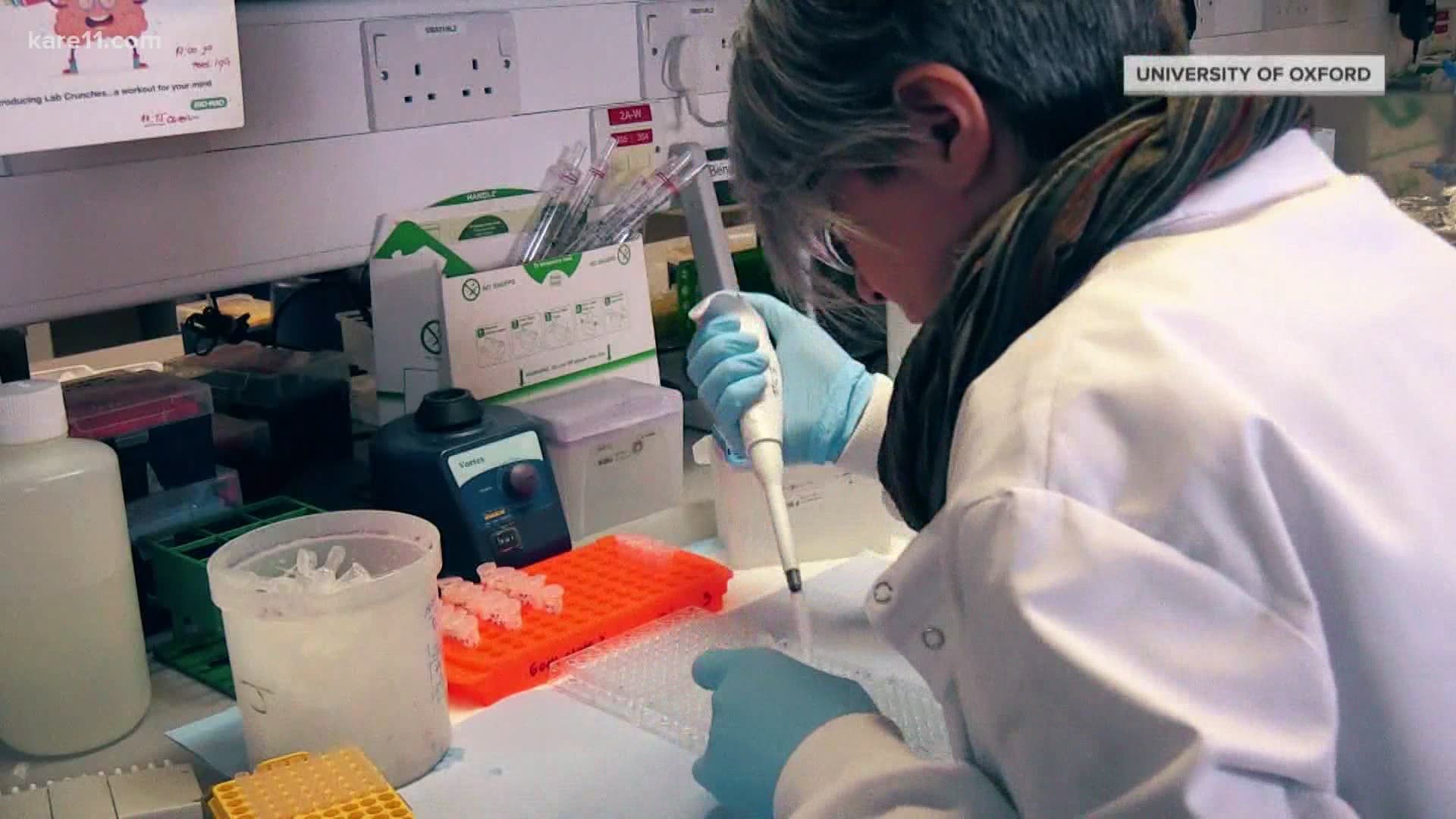 MINNESOTA, USA — One of the most promising COVID-19 vaccine trials is being put on hold.

The vaccine is being developed by AstraZeneca and the University of Oxford.

In a statement, AstraZeneca announced the company was putting its vaccine trial on hold because a patient came down with an unexplained illness.

"The fact that they stopped it means something is going on,” Hennepin Healthcare infectious disease expert Dr. Stacene Maroushek says.

Now that AstraZeneca has put their vaccine trial on hold, Dr. Maroushek says the next step is for researchers to figure out if this unexplained illness was caused by the vaccine, or if it was caused by something else that's unrelated.

"It could still move forward, they just have to sort out what the actual issue was,” Dr. Maroushek says.

"In trials they don't usually stop them. It happens, but I would say it's in frequent.”

Thousands of patients from around the world are participating in this trial.

HealthPartners is facilitating the trials in Minnesota.

In a statement, the company says 1,019 patients in Minnesota have already enrolled in the trial, but HealthPartners is putting new enrollment on hold until researchers can get to the bottom of this unexplained illness.

"I think it's great that they aren't willing to compromise on the safety and that they did say hey, let's stop and look at this, because the last thing you want is for them to overlook some of these safety concerns and push it forward," Dr. Maroushek says.

Right now there are dozens of COVID vaccines being developed around the world, but experts say AstraZeneca's is one of the most promising.

That vaccine and about a half dozen others are currently in phase three trials.