A plan from 10 Senate Republicans countering President Biden's proposal would offer a smaller stimulus check that would go to fewer Americans. 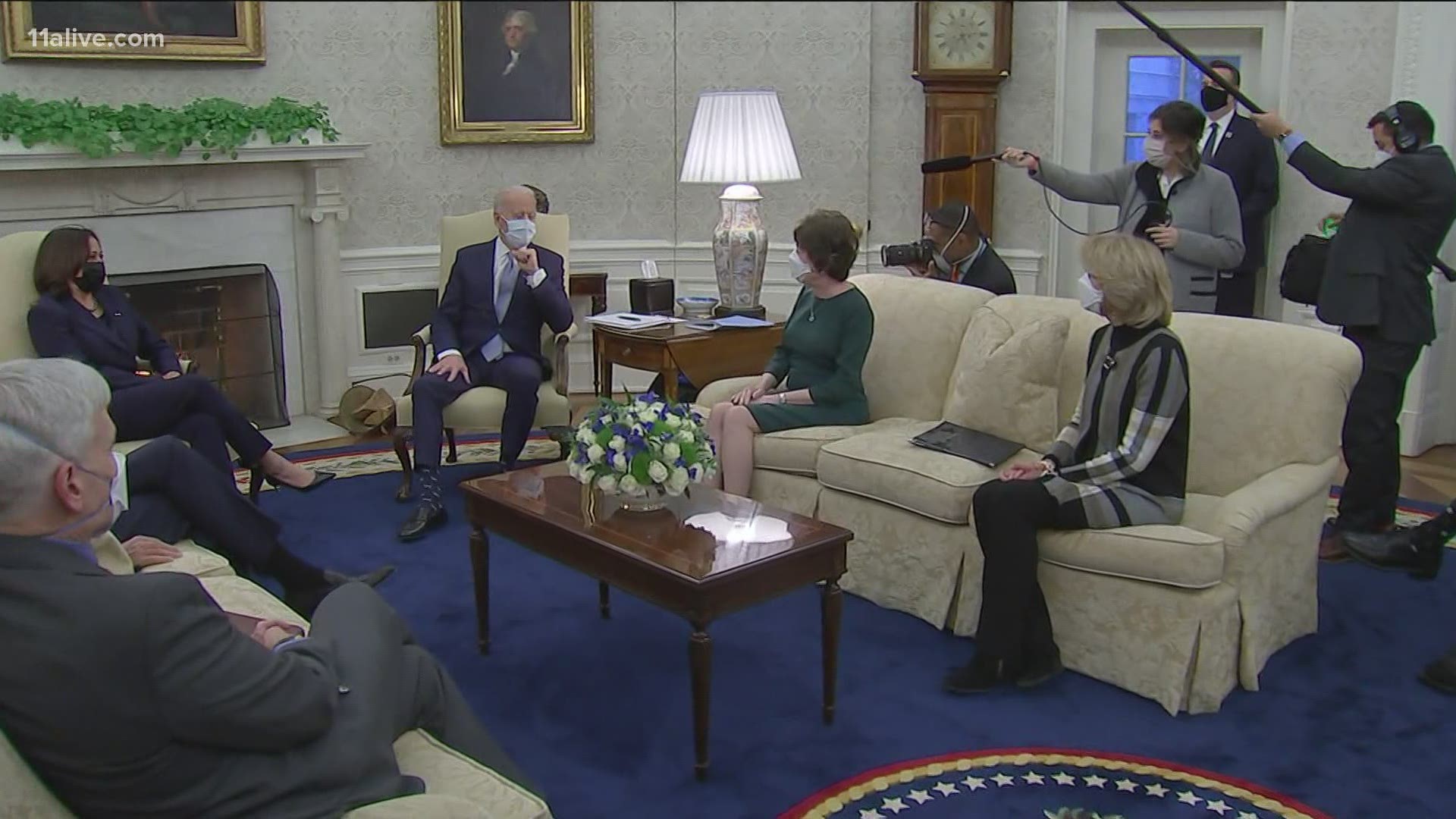 President Joe Biden and a group of 10 Senate Republicans have offered competing proposals to help the United States respond to the coronavirus pandemic and provide economic relief to businesses and families.

The Republican plan offers less money in terms of direct payments and significantly fewer Americans would be eligible to receive it -- it's being called a "targeted" plan.

The president met with the senators on Monday at the White House in what press secretary Jen Psaki described as “an exchange of ideas" and not a forum for Biden to “make or accept an offer." Meanwhile, Democratic leaders in Congress are laying the groundwork for taking up Biden's proposal in the coming weeks.

The price tag on Biden's plan is $1.9 trillion while the GOP proposal is about one-third that. There are many differences, but a key one most Americans will be interested in is that fewer of them would get direct payments under the Republican plan.

How much could a third stimulus check be?

Who may qualify as a dependent for a third stimulus check?

During the first and second stimulus checks, households who qualified for payments received extra money if they had dependents that were 16 and younger. In their proposals for the third stimulus check, both Biden and the GOP senators have proposed expanding who qualifies as a dependent to include dependent adults and older children. While the specifics still need to be worked out, here's a general look at what the plans propose for dependents:

The Penn Wharton Budget Model says 78% of families would qualify under the Republican proposal compared to 95% under Biden's plan, according to CNN, leaving out 29 million middle- and upper-income earners.

What are other differences in Biden and the GOP senators' plans?

Biden is proposing $170 billion for education, with $135 billion going to kindergarten through 12th grade to offset expenses necessary to reopen safely and the rest targeting higher education facilities. Republicans are pitching $20 billion for K-12.

The president is asking for $40 billion to help child care providers offset expenses and another $15 billion toward a long-standing block grant program that subsidizes child care expenses for low-income families with children under age 13. Additionally, he wants to increase child tax credits to at least $3,000 per year per child for most parents. The GOP plan tackles only the block grant program, allocating $20 billion.

RELATED: Biden meets Republicans at the White House as Democrats push on for virus aid

Biden wants to send $350 billion to state and local governments to help avoid job cuts among police, fire and other public-sector areas. More than 400 mayors across the political spectrum have endorsed it. The Republican plan sends no direct relief to state and local governments in their proposal. There has been strong resistance in the GOP to such assistance, with many arguing it would reward states for poor fiscal management.