COVID vaccines are getting easier to find in Minnesota

Public health experts explain why vaccine hesitancy can put even those who’ve gotten their shot at risk. 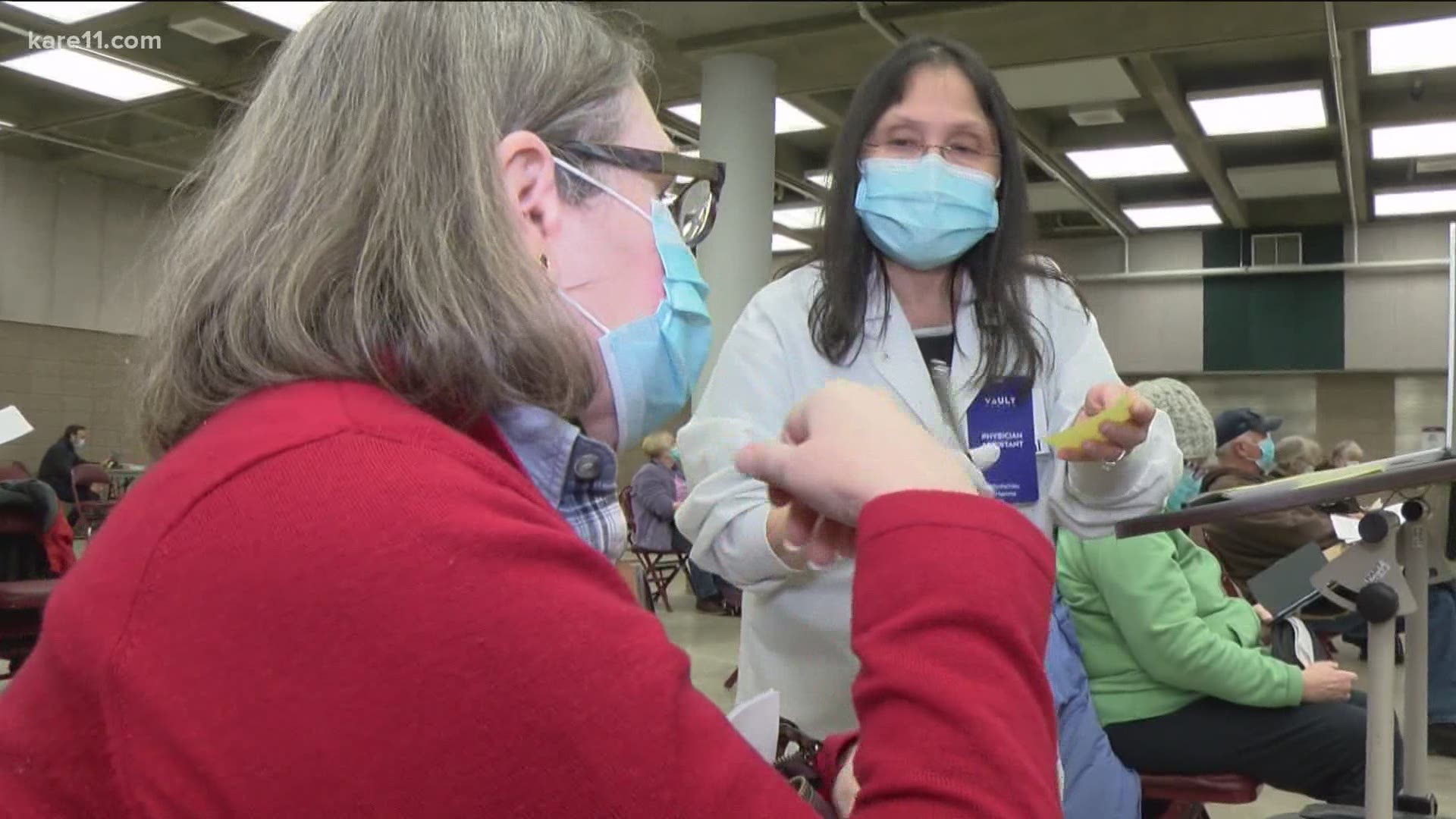 MINNEAPOLIS — After months of scarcity, COVID-19 vaccines are becoming more plentiful and appointments are relatively easy to find in Minnesota.

“It was a pretty dramatic change that happened relatively quickly,” Caldwell said.

Her website boasts over 64,000 members and has helped countless people locate a vaccine appointment. But over the last week she’s noticed posts have shifted from people needing a shot to all the places that have appointments available.

“Anybody who wants one can get one not far from their house at the day and time they want an appointment,” Caldwell observed.

Friday night, Walgreens and CVS had appointments for the weekend and upcoming weeks available all over the metro.

So far, according the Minnesota Department of Health, 54% of Minnesotans over the age of 16 have received at least one dose of vaccine.

So why should they worry about the 46% who have not?

Dr. Beth Thielen, of the University of Minnesota Medical School specializes in infectious diseases and pediatrics.  She says more adults need to get vaccinated to protect those who can’t receive the shot – like kids.

“Children tend to get less severely ill but with the new variants, and certainly in places like Michigan, we're seeing more hospitalizations and more serious disease,” she explained.

Plus, when the virus is circulating broadly, it can lead to mutations and potentially vaccine resistant mutations.

“There is certainly a subset of the population that feels very strongly that they don't want to be vaccinated for various reasons,” Thielen said. “But I would say there there's usually a larger population that doesn't feel they have the information they need.”

That’s why she says outreach and accessibility are so key.

“Getting uptake of the vaccines and really shutting down circulation I think is really going to be key to making it sooner that we can completely return to normal,” Thielen said.

In the meantime, as appointments no longer require a hunt, Caldwell says she and her partners are focusing on communities who are harder to reach, more vulnerable and may be less likely to join a Facebook group.

“For months I've been saying, I look forward to being obsolete,” she said.