Unlike other states, Minnesota does not appear to have a direct surge resulting from Thanksgiving. 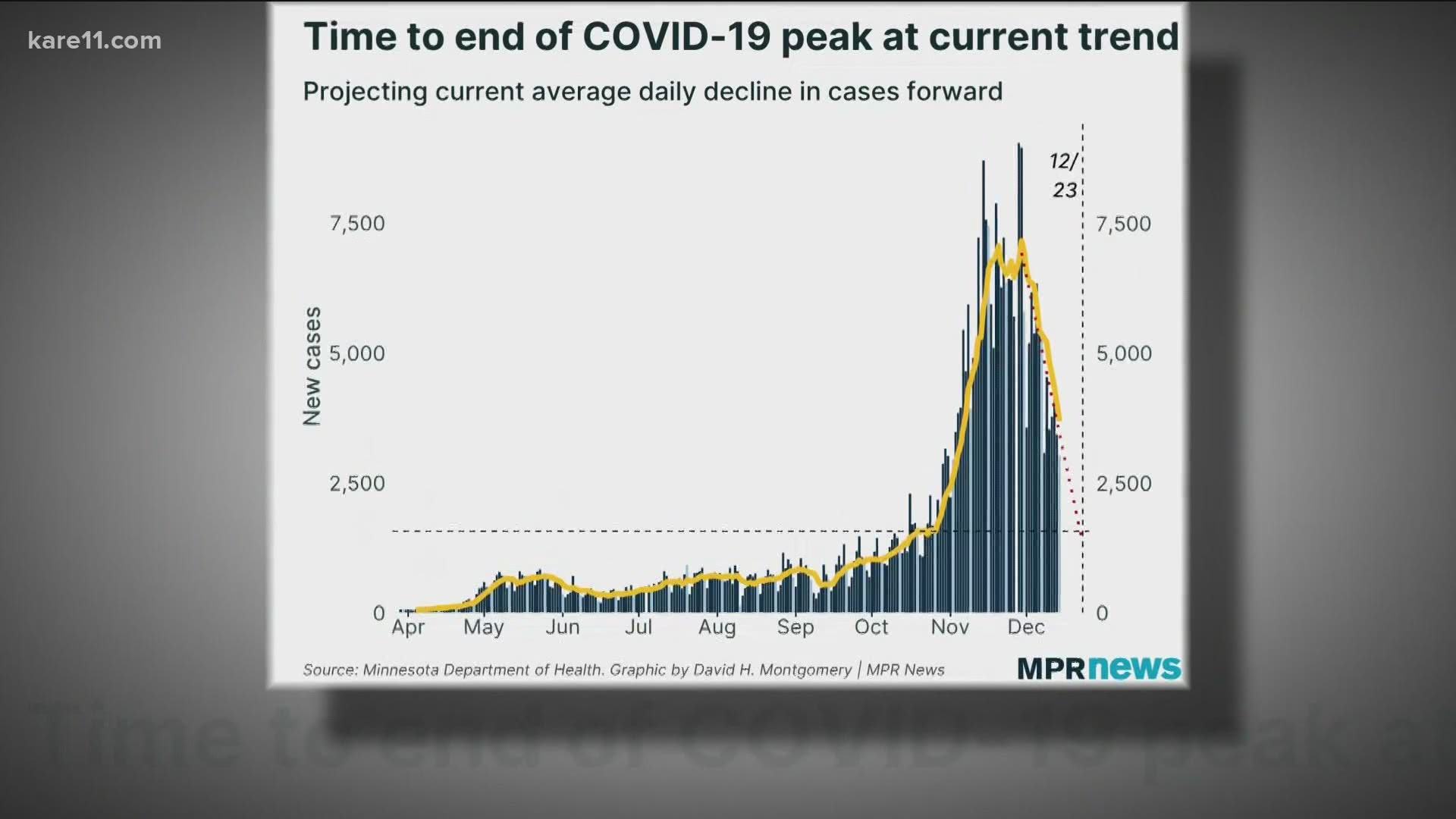 MINNEAPOLIS — Since the beginning of the pandemic, data reporter David Montgomery with MPR News has learned a lot from numbers and graphs.

"The key thing is there's no one metric that tells the whole story of COVID," Montgomery said.

That doesn't mean no one contracted COVID-19 while spending the holiday with family.

"This doesn't mean that cases might not have fallen even more without Thanksgiving," Montgomery said.

But unlike other states, Minnesota does not appear to have a direct surge resulting from Thanksgiving. Health Department officials are more reserved in their analysis, saying they worry about an indirect surge. That means someone who did get infected spreading it to many more people and the numbers showing up later.

Perhaps the most optimistic takeaway from the data journalist's graphs is that at the current rate the new cases are falling, by Christmas Eve, Minnesota could be down to 1500 new cases a day -- the lowest since mid-October.

"So we'd be back to where we were before the surge," Montgomery said.

Montgomery says he is still waiting for number of deaths per day from COVID-19 to begin decreasing, to show our current COVID-19 surge is completely on the downswing.