Despite drop in passengers, thousands still travel for holiday against recommendation

Passenger screenings have dropped significantly compared to previous years, but many are still traveling. 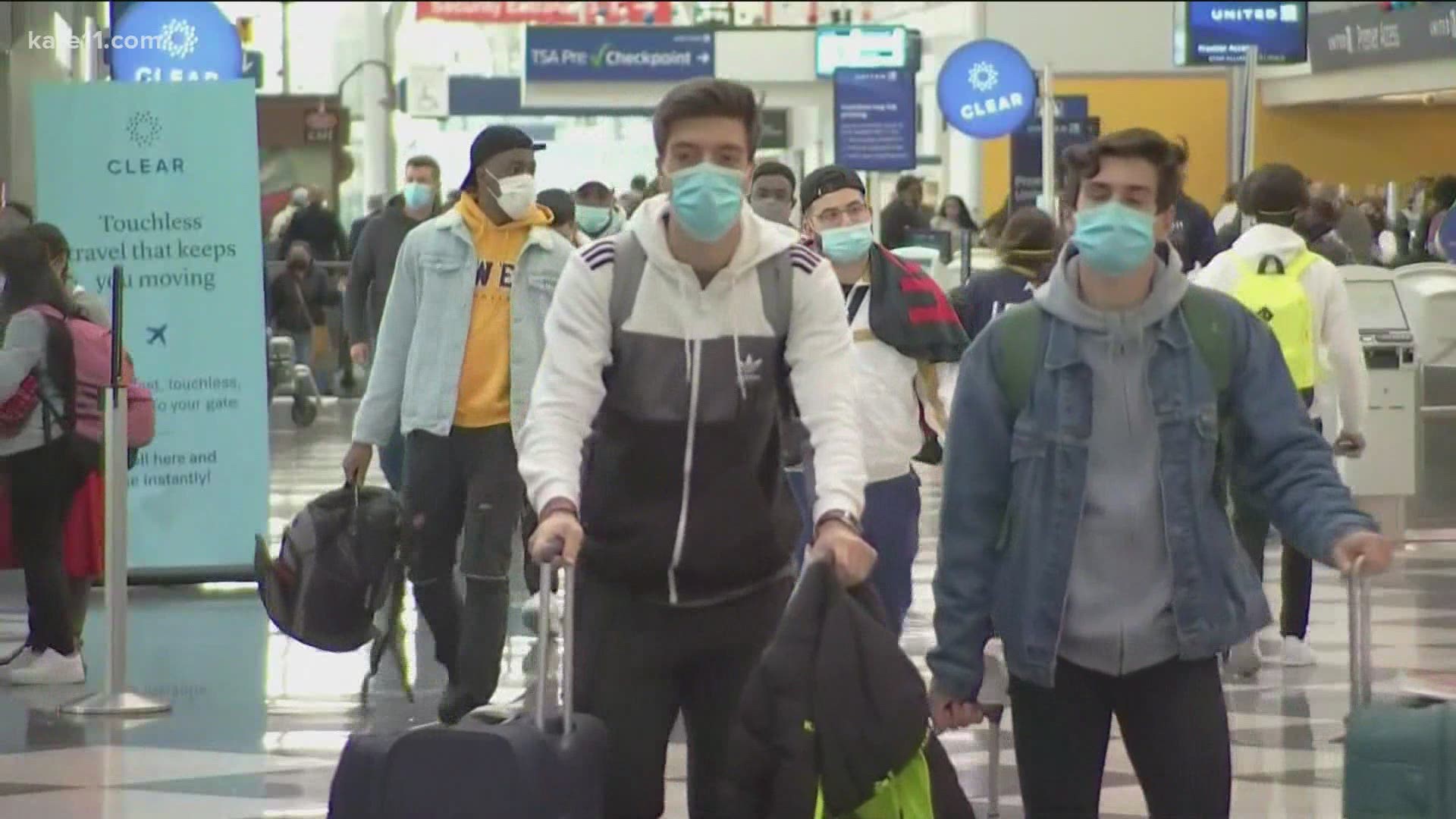 MINNEAPOLIS — Passenger screenings at Minneapolis-St. Paul International Airport are projected to decrease 63.7% in the nine days surrounding Thanksgiving, according to data provided by MSP, but they still show thousands of people traveling for the holidays despite CDC recommendations to stay home.

From Nov. 21 through Nov. 29, MSP projects more than 105,000 passenger screenings, compared to 289,079 screenings during the same time frame in 2019. Those numbers only show how many people are passing through security at MSP to catch a departing flight; they do not show how many people are arriving at MSP during the holiday week or staying for a few hours on layovers.

Last week, the CDC cautioned against any type of travel, including flights. "Travel may increase your chance of getting and spreading COVID-19," the agency stated on its website. "Postponing travel and staying home is the best way to protect yourself and others this year."

However, since the CDC issued that guidance, more than five million people have been screened at airports across the U.S. On two separate occasions in the past week, screenings have topped one million in a single day. For perspective, that previously happened only once - Oct. 18 - since the pandemic began in mid-March.

"You're in a crowded airport, and you're lining up, and not everybody is wearing masks. That puts yourself at risk," Fauci said. "One of the things we're really concerned about is that as we get into this Thanksgiving season, you're not going to see an increase until weeks later. Things lag."