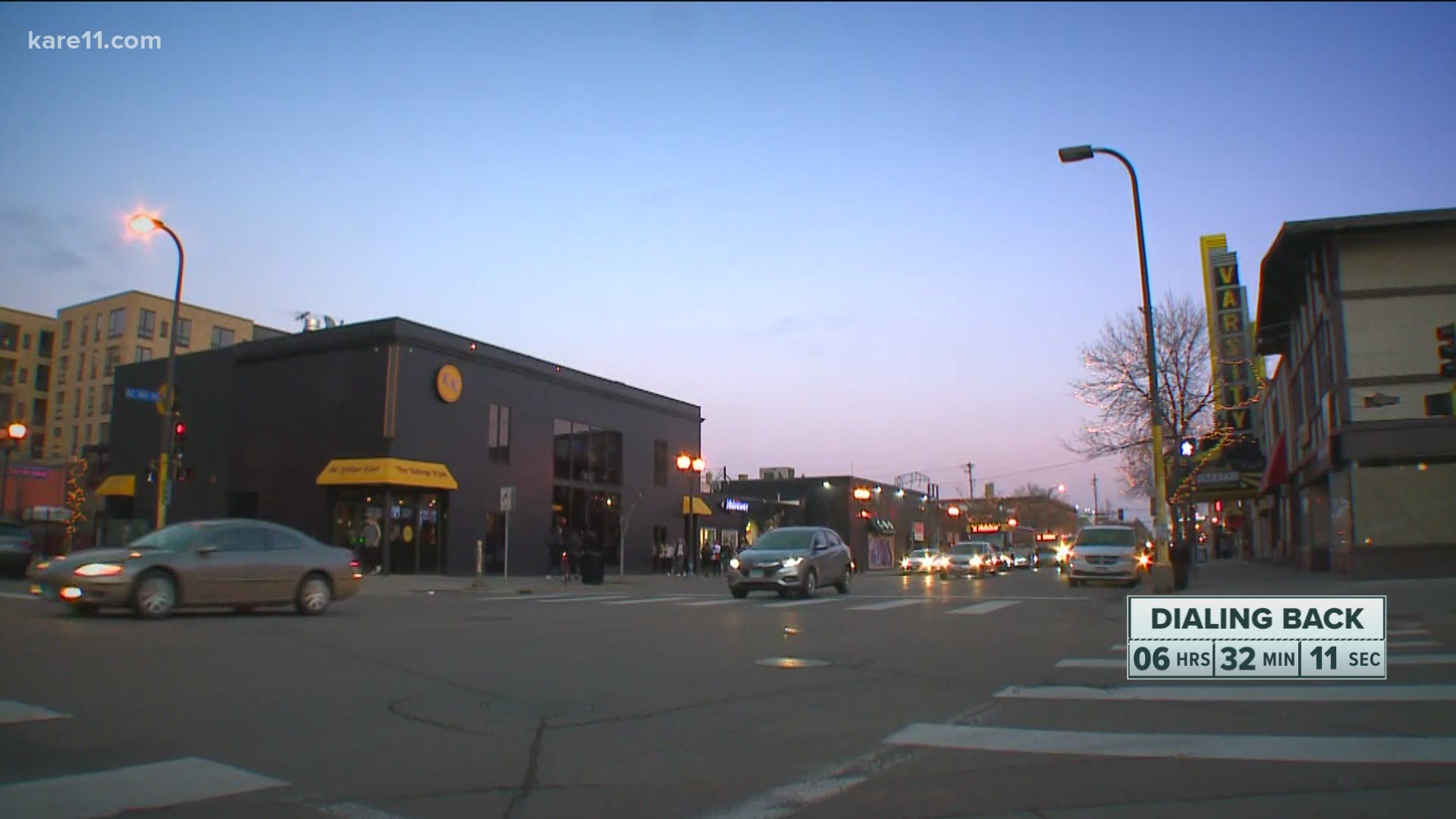 MINNEAPOLIS — Ahead of the governor’s four-week pause, which goes into effect 11:59 p.m. on Friday, small groups of college students headed into various bars and establishments in Dinkytown for one final night of socializing.

The Walz administration and health experts have long expressed concerns about the 18-to-35 age group, since they are most likely to drive community spread of COVID-19 without showing symptoms.

As the clock ticked toward the 11:59 p.m. deadline, other students watched from afar without stepping foot anywhere near a bar, saying they agree with the governor’s dial-back to slow the spread of the virus.

“I think it’s probably a really good idea, considering how much cases have gone up in the past couple of weeks,” University of Minnesota student Kelby Silvernagel said, standing next to Jessica Santoso as they both wore masks. “I don’t think it’s going to affect us, because we don’t go anywhere anyway. So, we’re fine with it!”

Santoso then added: “The line outside of the bars last night was insane. We could see it from our apartment.”

Nathan Bixby, a senior at the university, questioned the need for another government shutdown of gyms, bars and restaurants, although he said he understood that mitigation measures may be required to keep the health care system from overflowing.

RELATED: Should you get tested for COVID? MDH shares recommendations for dial-back period

“People who go to the bars, they have to be responsible and not go around someone who’s vulnerable right after. That would obviously be a very bad thing,” Bixby said. “I think most people are heading home this month, and hopefully four weeks from now, we’ll have more freedoms. But, I kind of doubt it.”

Many in the hospitality industry are prepared for the pause to extend past four weeks, if case growth and hospitalizations don’t stabilize.

Jake Bruce, the operations manager at The Loring Bar and Restaurant in Dinkytown, will be furloughed during the shutdown. His higher-end restaurant isn’t a college bar, but since it’s located near the U of M campus, it often draws big crowds for homecoming, parents’ weekends and Gopher gamedays.

In 2020, The Loring has lost a lot of that revenue – and will lose even more when dine-in closes Friday night.

“It’s not great for small businesses, obviously. It’s really tough. There seems to be no stimulus of any kind or aid really coming to us,” Bruce said. “Whenever we’re able to open up… I know Gov. Walz has said the 18th, but I feel like most service industry people aren’t really too optimistic with that timeline. We’re going to do everything we can with takeout, and that’s what we can do right now.”