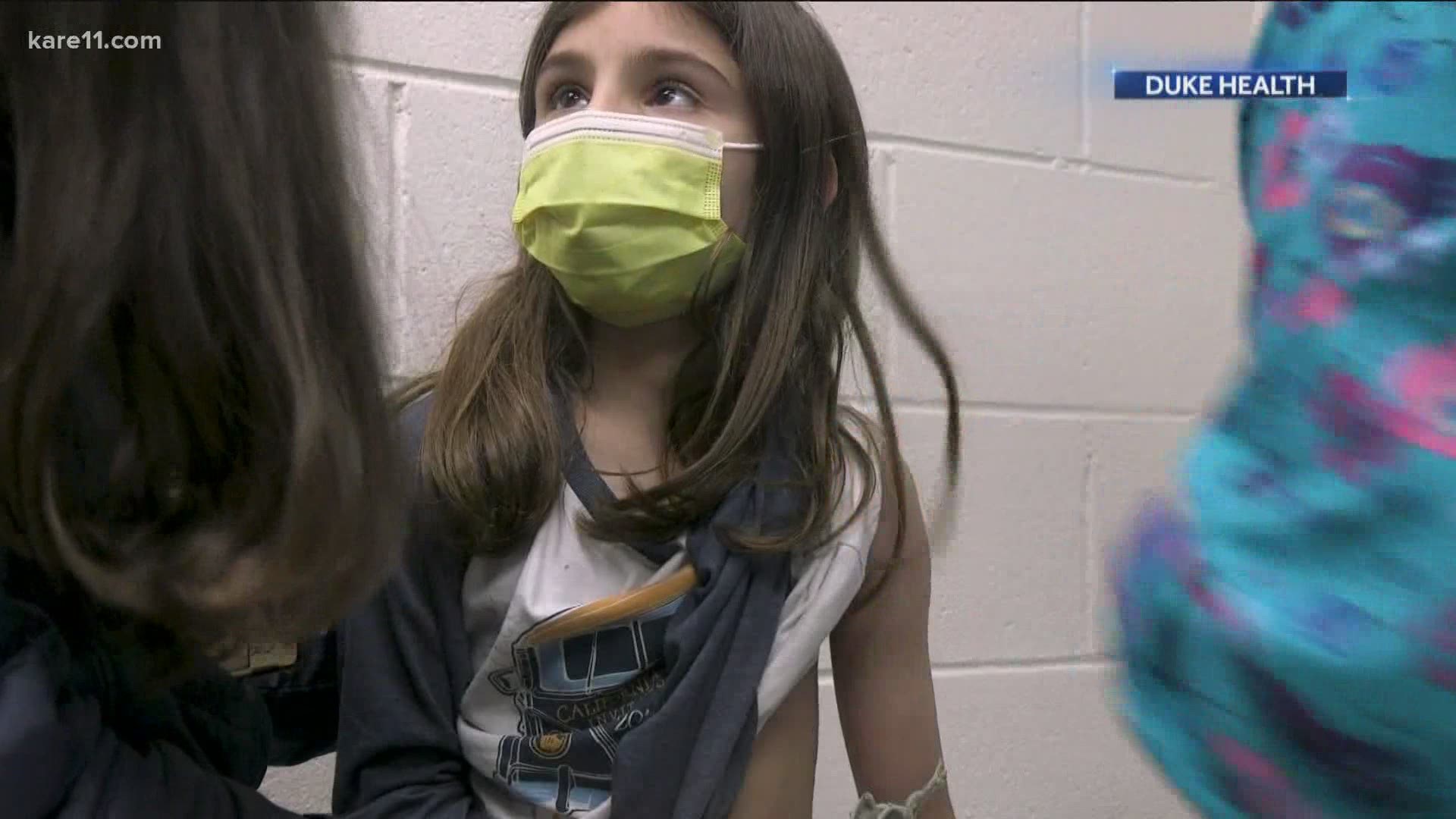 ST PAUL, Minn. — As of Tuesday, nearly 1.2 million Minnesotans are fully vaccinated and, according to the Minnesota Department of Health, a vaccine for children could be available this fall.

All three drug makers are testing the vaccine in kids, although the trials are looking at different age groups. Minnesota's top epidemiologist, Dr. Ruth Lynfield, said Pfizer is expanding its trial after announcing its vaccine was 100% effective in kids 12 to 15 years old.

"Trials for the Pfizer vaccine have now begun in 2 to 11 year olds and plans are being made for children down to six months of age," said Dr. Ruth Lynfield.

Dr. Lynfield said Moderna also finished enrolling children 12 to 17 years old in its trials and will also start to include kids as young as six months.

Johnson and Johnson said it is also studying its vaccine in kids 12 to 18.

Doctors have said while young people are less vulnerable to the disease, they are contributing to the spread and an increase in cases for 25 days straight in Minnesota.

"The pandemic isn't over and there are still people getting sick and people needing hospitalization and people dying," said MDH Commissioner Jan Malcolm. "We need to look for creative ways to keep vaccinations going up faster. We also need Minnesotans to recognize they have a really big role to play to buy the time we need to get those vaccines delivered to people."

The Commissioner says the test positivity rate is 6%, up a whole percentage point in a week. Five percent is the state's caution level. Malcolm says we need to keep our guard up to ensure another surge isn't as deadly as in the past.

"We have reason to hope that the case growth we're seeing now won't lead to a spike as terrible as the one we had in November and December," said Malcolm.

She hopes people continue doing protective actions for "just a few more weeks" like wearing masks, social distancing and getting their shots to keep COVID-19 at bay.

If you want to schedule play dates for your kids, doctors recommend sticking with kids who are in their class at school. And that they also continue to wear masks around unvaccinated people, especially those who aren't in their household.