Allen Westerberg sent a letter home every day for 2 1/2 years. 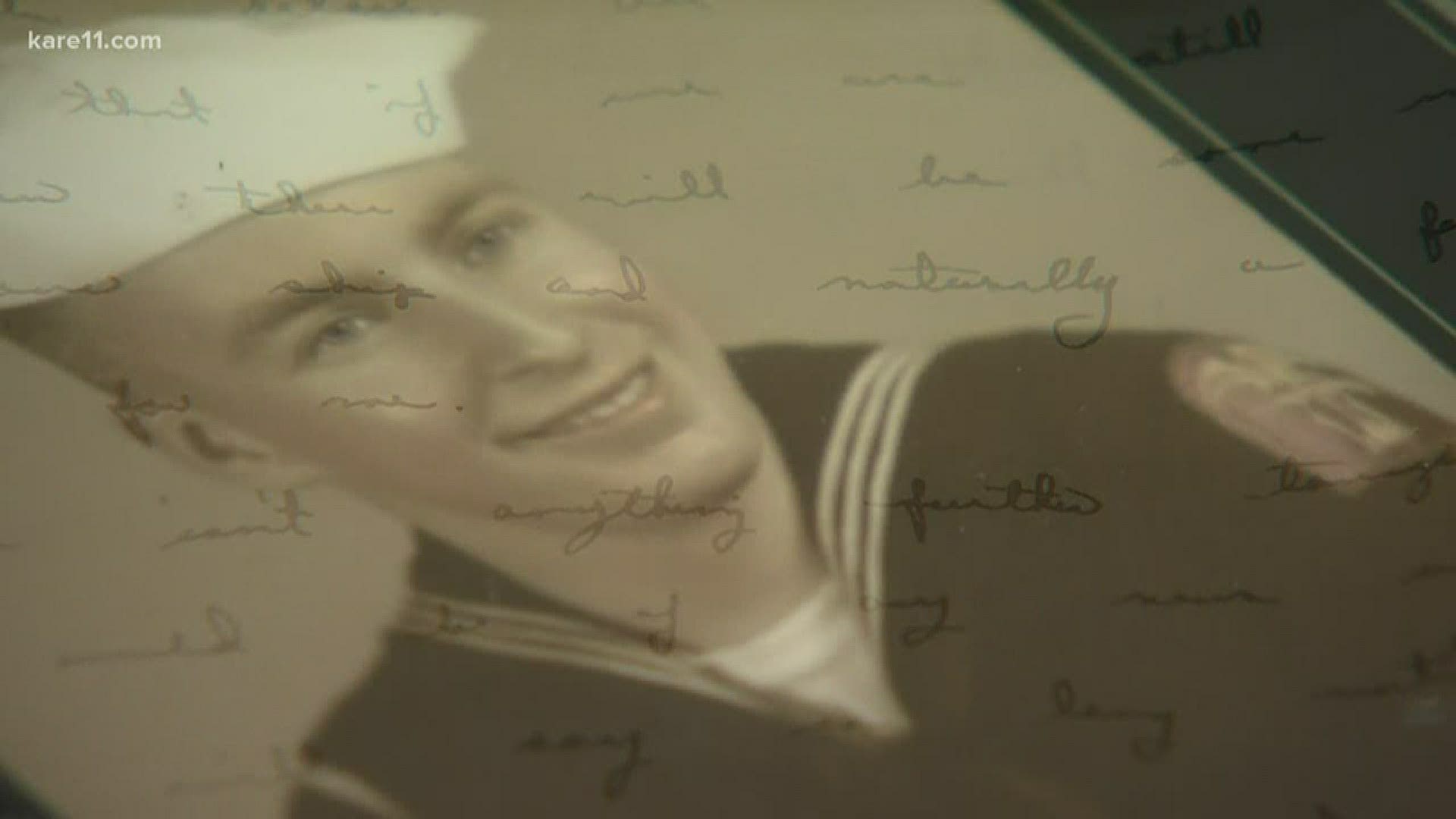 DULUTH, Minn. — Stuck at home during COVID-19, a Duluth man is traveling back to WWII.

Typing with two fingers, Joe Westerberg is transcribing nearly 1,000, mostly handwritten, letters his dad Allen Westerberg sent home to Dassel during and after the war.

Each starts with the same salutation: “Dearest Mother, Dad and Annette.” Annette was Allen’s younger sister.

“I’m on his ship with him and kind of following along,” Joe says.

Joe’s dad almost certainly would have been part of the invasion of Japan, had that become necessary.

In one letter, Allen wrote about the atomic bomb just dropped on Hiroshima.

“What do you think about the news relayed on the new atomic bombs?” the sailor asked his family. “It has caused quite a stir on the ship for many of the fellows.”

Allen continued, “The scientists have even admitted that its power is not clearly understood. However, if it will shorten the war and save some American boys’ lives, I say by all means use it.”

Several of the letters Joe has been pulling from his father’s stack of manila files are riddled with holes. “This is a censored letter,” Joe says, holding up one of them.

He’s left to guess what his father wrote in the gaps. “All the mail was censored,” Joe says.

Joe marvels at the way his father would swing from serious matters to lighthearted.

To which Allen added, “And I’m hoping to get a knife and fork to complete my set.”

The spoon now sits on the table on which Joe is typing. “I know exactly now the day when he liberated the spoon,” Joe says.

Joe’s dad had a lifelong interest in entomology, which showed up in his letters too.

“He’s routinely mentioned that he needed his mom and dad and sister to send his butterfly net so that he could capture insects in the Philippines,” Joe says. “I read stuff like that and I just shake my head, and I think, yeah that’s dad.”

“All these guys, all these ships, all these sailors in the Pacific are doing this mission. That’s sort of what we’re going through too. Let’s just beat this enemy of COVID-19,” Joe says.