"We’re just really looking forward to having some bands back on our stage and getting guests back into our venues." 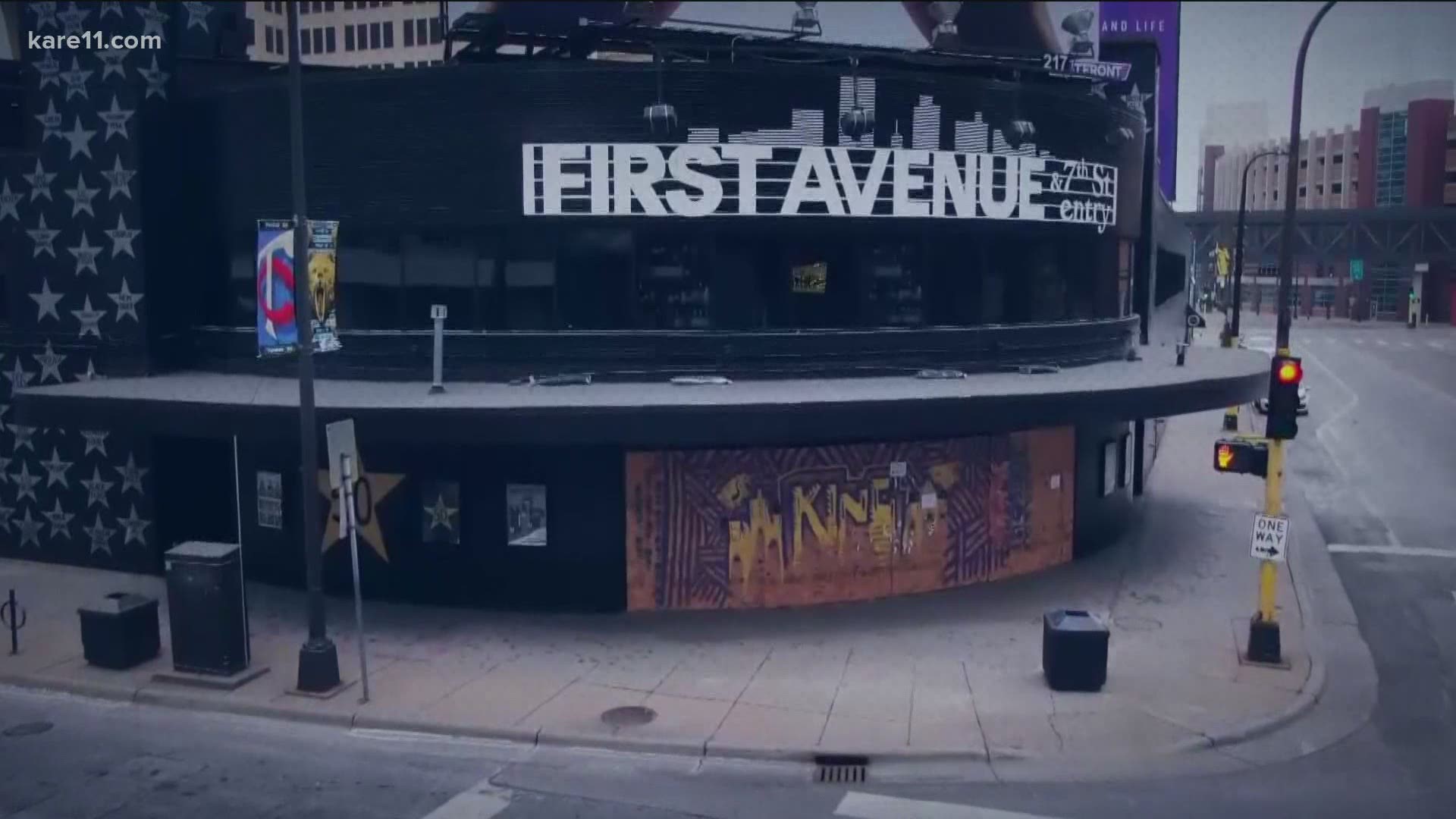 MINNEAPOLIS — As Minnesota prepares to ease COVID restrictions starting Monday, those in the entertainment industry are in prep mode to make up for lost time.

Part of the rollback will allow entertainment venues to operate at 50% capacity, or no more than 250 people indoors or outdoors, with additional capacity for larger venues starting April 1.

"I'm excited you know. I've got a lot invested into this whole operation," said Trinity Junes.

Junes is the man behind the first ever Mid-Summer Music Festival set to hit Menahga, Minnesota in July - a rock band festival which was set to launch last summer, but was canned due to COVID-19.

"For us at Mid-Summer Music Festival we're on 140 acres, so there's plenty of elbow room to put on a good show, have some fun, and do it safely...and get a little bit of normalcy back in people's lives," said Junes.

It's evident a sense of normalcy through events that unite us is what many have been longing for. Just ask the team at First Avenue in Minneapolis.

Presale tickets for an upcoming fall show are already being snatched up.

"We have a band called Dinosaur Junior that decided that they felt confident enough that they’ll be able to tour this fall and they were ready to go ahead and announce and put tickets on sale. They're not sold out but they are moving quite quickly," said Nathan Kranz, General Manager at First Avenue.

As the life we once knew continues to make a slow but promising return, for these event organizers, a return means never again taking for granted the little things.

"Everyone's like I can't wait to just have an overpriced beer again you know," said Junes.

"We’re just really looking forward to having some bands back on our stage and getting guests back into our venues. I want to see my co-workers again too," said Kranz.

Even though there is a glimmer of light at the end of the tunnel, state health officials are urging Minnesotans to not let their guards down just yet.

They're asking everyone to continue wearing masks, get tested, and to stay socially distant until everyone who wants a vaccine can get one.