FDA panel to discuss COVID booster shots, experts split on when to give them out

It's a hotly debated issue among experts, with a lot confusing arguments. 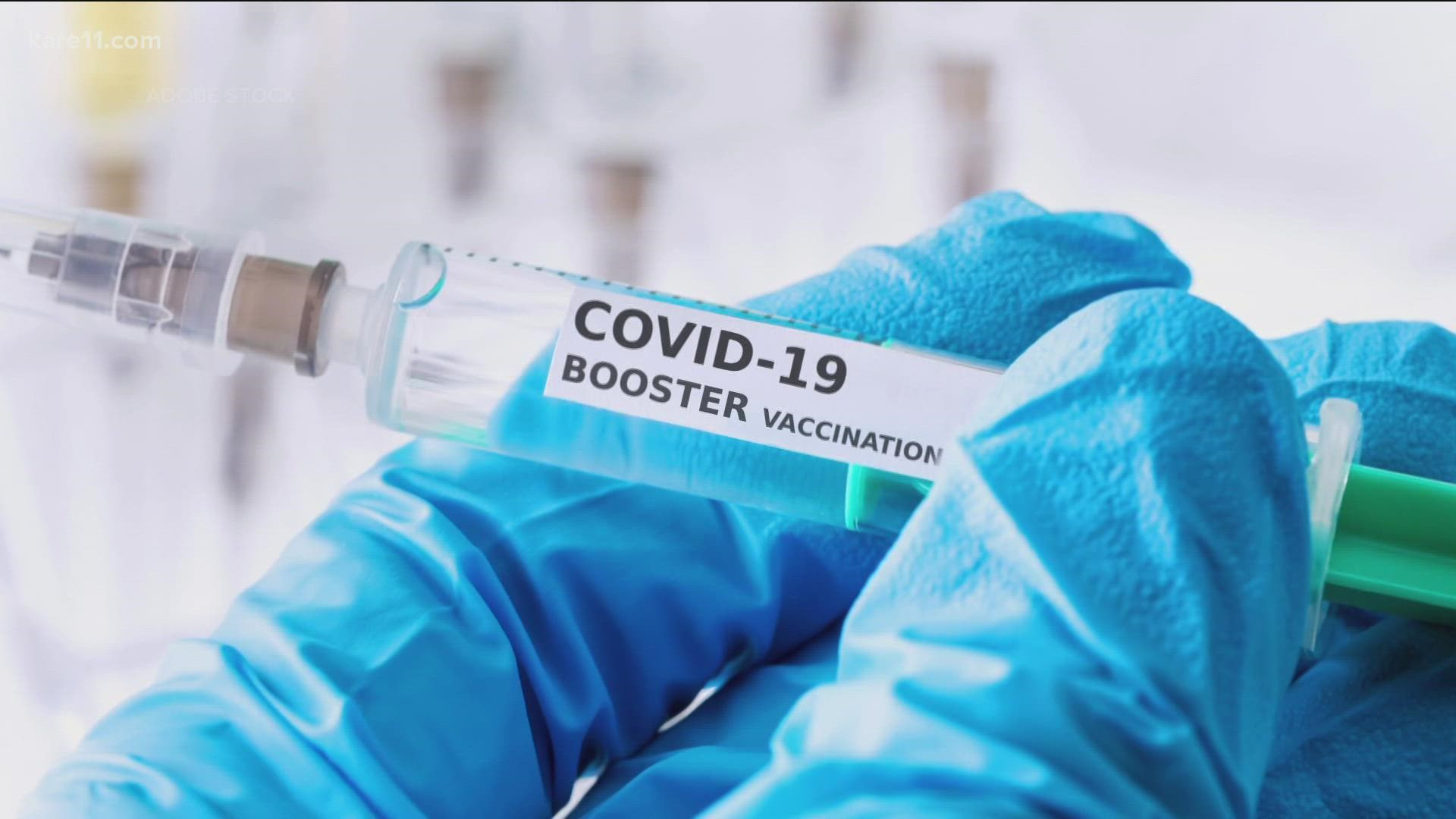 MINNEAPOLIS — Friday morning an FDA panel will take a look at booster shots, or third doses, and whether people should go out and get them.

It's a hotly debated issue among experts, with a lot confusing arguments.

Dr. Jennifer Needle, a pediatrician and bioethics professor at the University of Minnesota, says this confusion has led a lot of Americans to assume the wrong things.

"One of the greatest errors that took place at the beginning of this was mixed messages,” Needle said.

“It’s been frustrating to see the misinformation that has been out there.”

When it comes to booster shots, Needle says there’s more agreement than most people realize.

She says most experts would agree that COVID booster shots will be necessary someday, but there’s disagreement over when they should become available.

Dr. Needle says the latest data from Pfizer suggests the vaccine is 95% effective initially, but that efficacy can wane down to around 85% after six to nine months.

Some experts argue that booster shots should be used to bring that immunity back up closer to 95%.

“They believe that will keep people from getting sick and in the hospital," Needle said.

“Other entities believe that we have a global community that has yet to see a single dose of the vaccine and it’s not appropriate to be talking about third doses when many people haven’t even had one.”

Needle says there is a valid argument among many experts that the U.S. would be better served by sending these vaccine doses to other countries so they can boost their immunity.

“We talk about this being a global pandemic and the reality is that if we do not help control COVID in other parts of the world, then no matter what we do here, we will never rid it from our existence,” Needle said.

So, where does the FDA stand on this issue?

"It seems to me that from what I'm reading about the FDA's position that they are unlikely to approve kind of a blanket booster for all Americans,” Needle said.

"I suspect that one compromise that may be undertaken if the FDA does not approve boosters for the general population is the idea of providing boosters to vulnerable populations."

This includes the immunocompromised and the elderly, who may need more protection.

But as more research comes out, Needle says booster shots are inevitable. it's not a matter of if, but when.

"It is safe to say that should the FDA decide tomorrow not to approve a booster for September, it is inevitable I suspect by the end of the year, if not sooner, that we have this conversation again."