Frey made the announcement just over a week after three bars in Minneapolis were warned by the state. 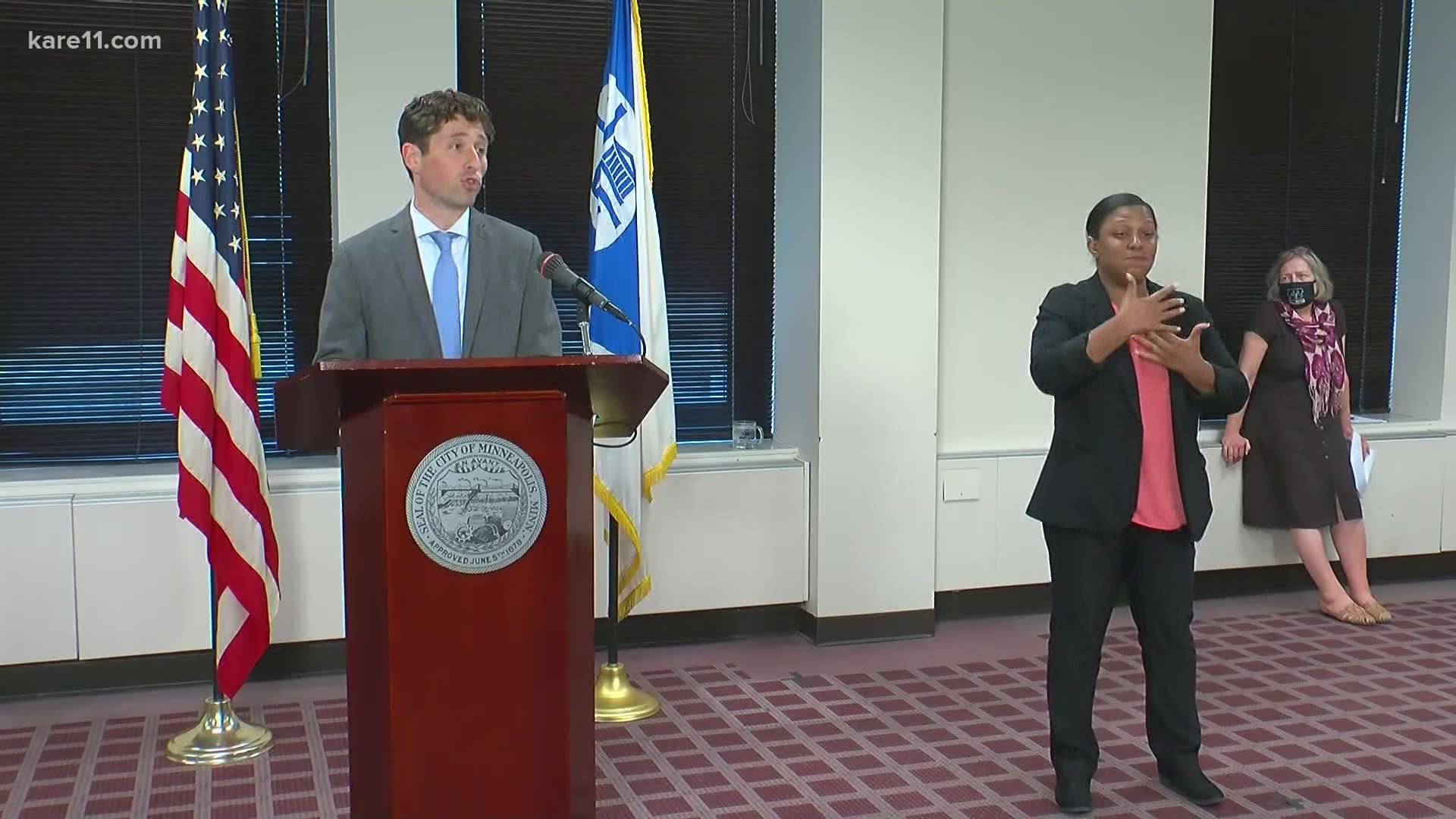 MINNEAPOLIS — Minneapolis Mayor Jacob Frey is closing all indoor service at bar areas in the city due to the ongoing challenges of the COVID-19 pandemic and compliance problems at some establishments.

"We are not closing bars as a total building, we are not closing bars as one individual entity, what we are closing is bar areas, so that is service from the bar itself directly to patrons who would otherwise come up to a bar in large numbers," Frey said. "We've seen time and time again that that proximity of people leads to some form of community spread."

The new regulation does allow bars to offer indoor seating, with limits of four non-related people, or six related people, in seating that has been appropriately distanced under state guidelines.

"In other words, butts in the seats, OK. Individuals trying to get a beer from the bar, not OK," Frey said.

The new restrictions begin at 5 p.m. on Aug. 1. In addition to bars, the restrictions also apply to indoor bar areas inside tap rooms, distilleries and nightclubs. Restaurants with bar service will also need to close their bar areas. 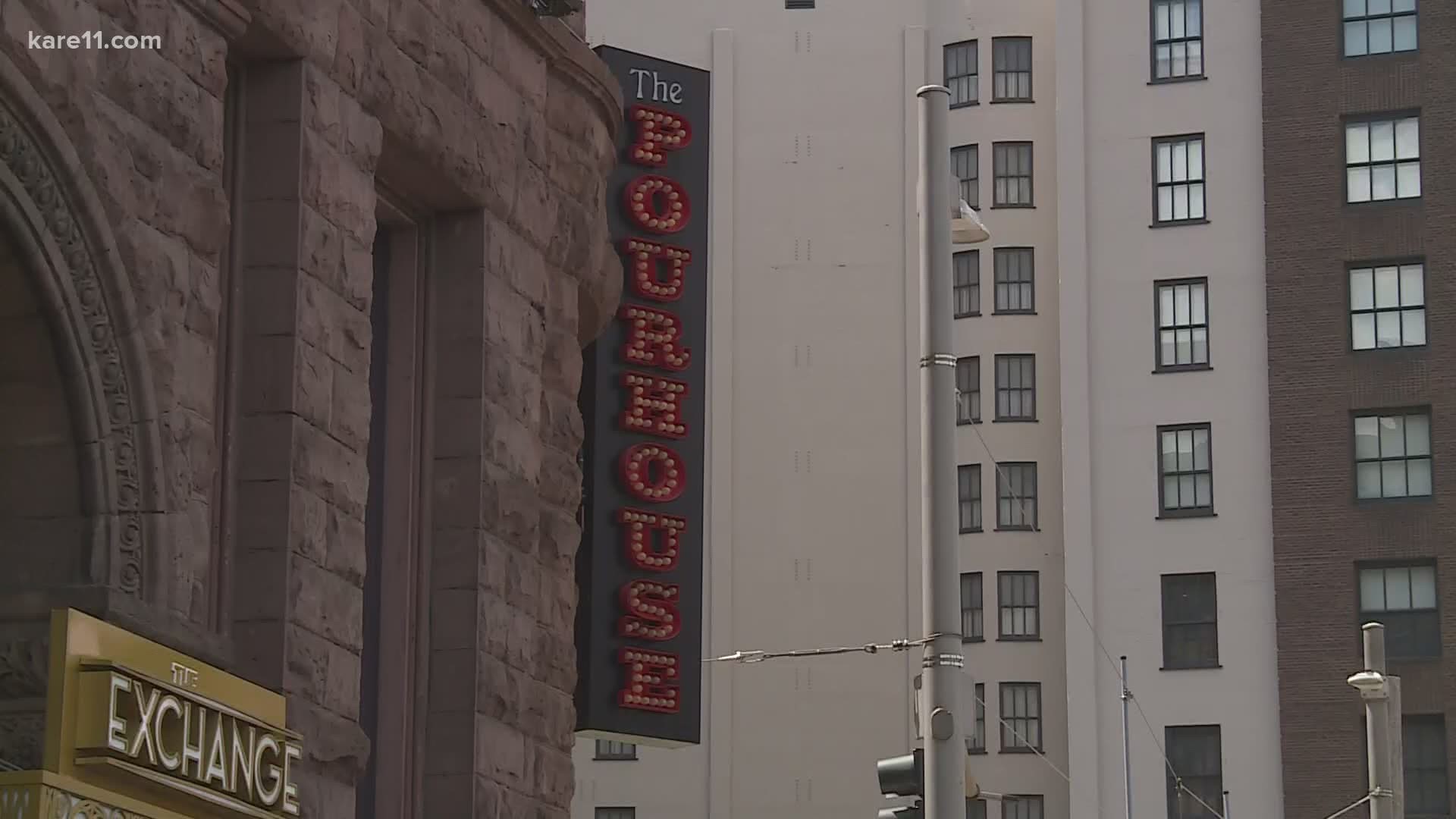 "We want to have a proactive approach now, not a reactive approach later," Frey said, pointing to states like Arizona, where COVID-19 cases have been rising quickly after the reopening of bars and restaurants.

Frey also noted that the city of Minneapolis has a 9% case positivity rate, which is much higher than the state of Minnesota as a whole. The Minnesota Department of Health has said the state's case positivity average remains between 4-5%.

Minneapolis Health Commissioner Gretchen Musicant said there has been a steady increase in COVID-19 cases in the city since Minneapolis opened bars on June 21.

"Closing indoor bar areas is an important step to help us slow the spread in Minneapolis, so we can do things like return to in-person school more safely," Musicant said.

Frey gathered reporters Wednesday afternoon to make the announcement, just over a week after three bars in Minneapolis - Breakfast Bar, Cowboy Jack's and Hoban Korean BBQ - were among more than a dozen establishments statewide that were sent warning letters from the Minnesota Department of Public Safety's Alcohol and Gambling Enforcement Division (DPS-AGED). 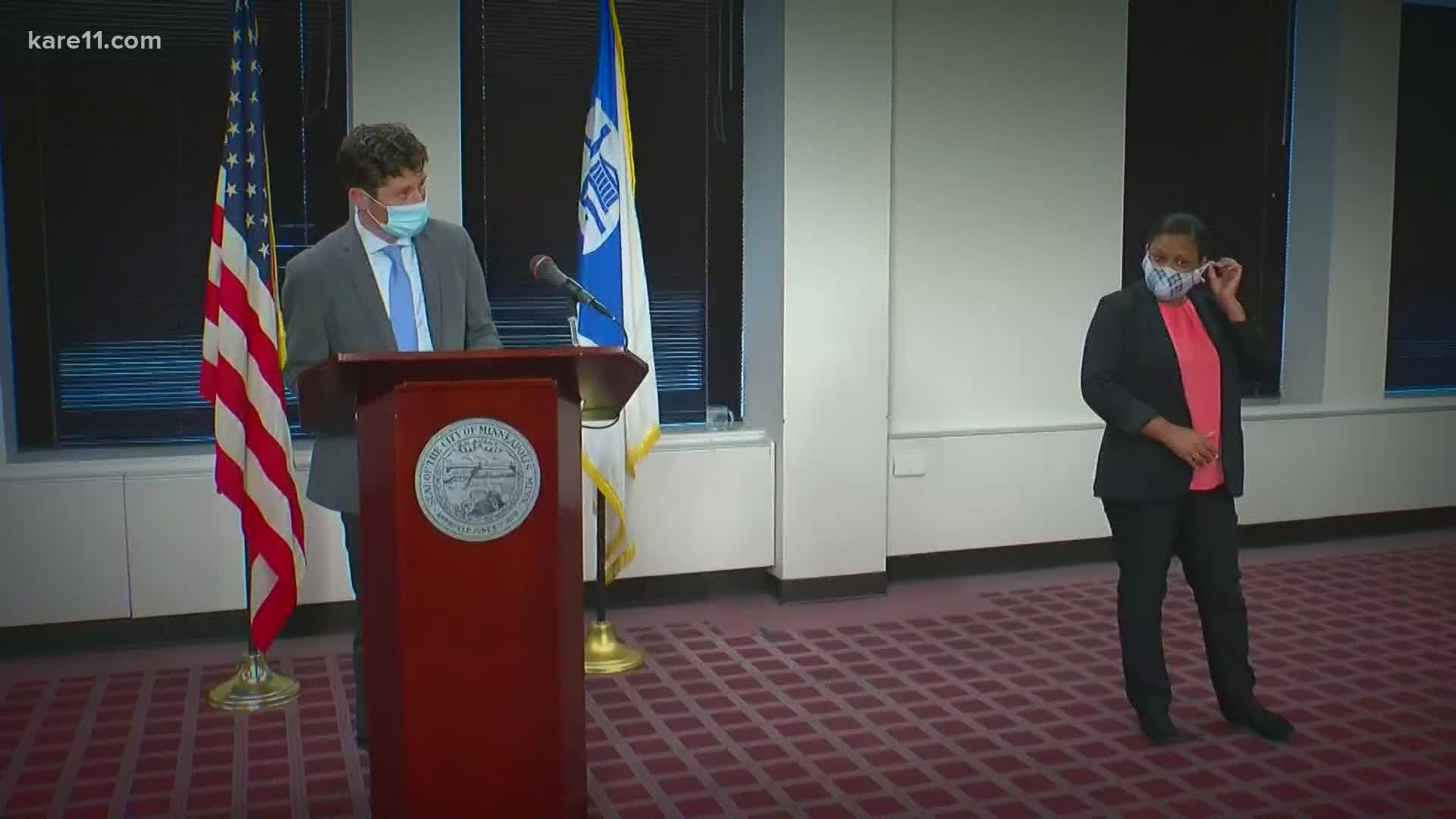 The warnings came after a statewide sweep in which investigators put 919 bars and restaurants under surveillance over a two-week period. Those observing were looking for employees violating mask requirements, failing to adhere to social distancing with tables less than 6 feet apart, and establishments that were serving at more than 50% capacity. All were among guidelines spelled out in an executive order issued by Governor Tim Walz.

Cowboy Jack's was also identified by the Minnesota Department of Health (MDH) as one of two bars that were sources of a coronavirus outbreak in Minneapolis, along with Kollege Klub Dinkytown. MDH said 30 cases were linked to the two bars around the time of June 14-21.

The Minnesota Licensed Beverage Association responded in a statement to KARE 11 following the mayor's announcement:

"Broad brushing the entire industry in Minneapolis is overreaching," said Minnesota Licensed Beverage Association Executive Director Tony Chesak. "Most are complying. That’s what we’re hearing from the regulators. Punishing those who are complying is uncalled for."