With COVID-19 threatening the hospitality industry, some are investing in ways to expand safe outdoor dining. 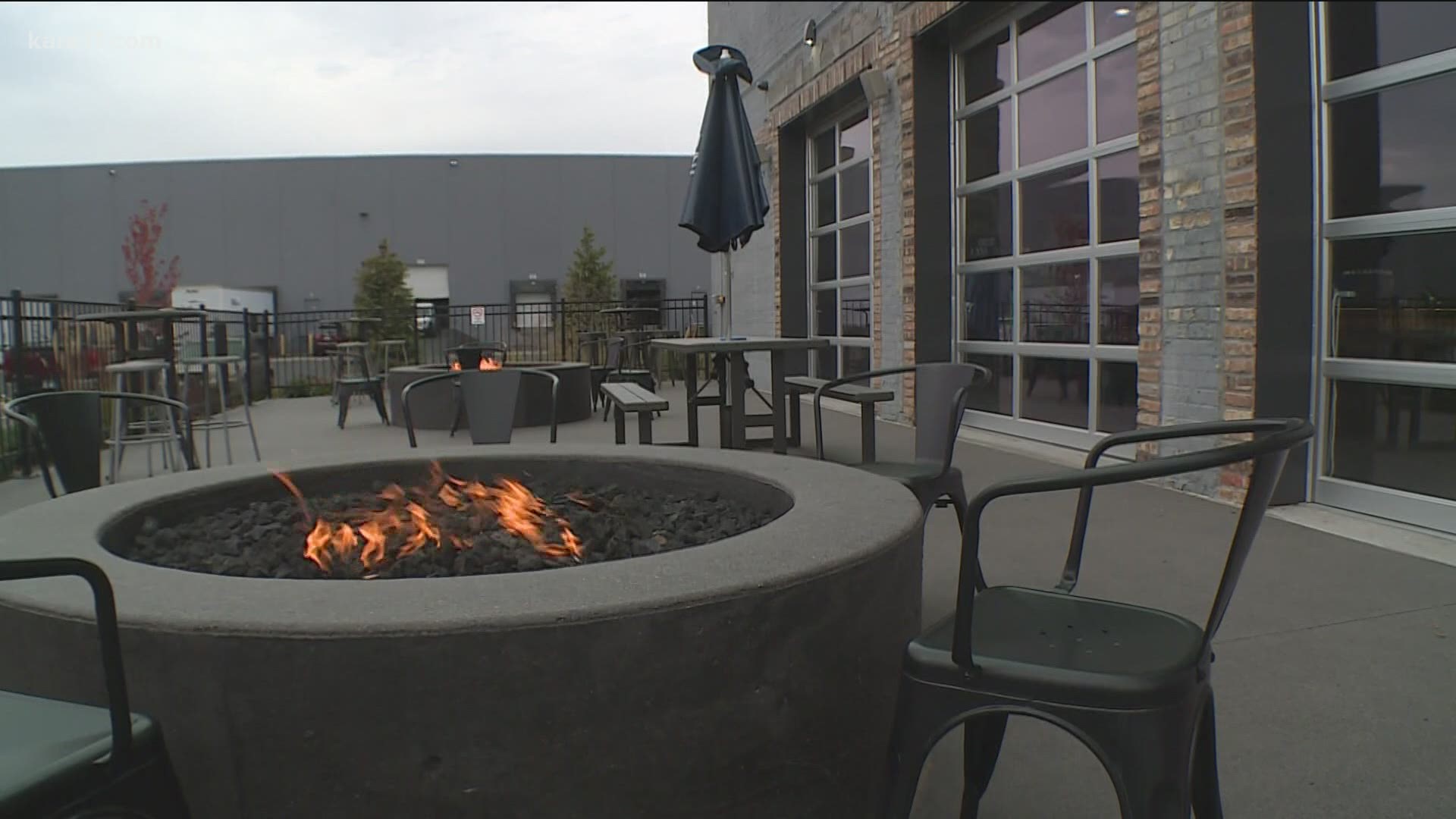 MINNEAPOLIS — With the COVID-19 pandemic showing no signs of slowing down and cold fall temperatures quickly approaching, many Minnesota restaurants, bars and breweries are working hard and spending big to extend their patio seasons as a means of survival.

"I didn't expect to have these challenges our first year," said Andy Risvold, owner of Forgotten Star brewing in Fridley. "I'm nervous for the industry as a whole. It's very scary. A bad winter will hurt a lot people, I fear."

Risvold says creativity has been a required survival skill every since Forgotten Star opened last November. In May, when COVID-19 restrictions forced his business to close, they hosted a blood drive for the community. Now the brewery is betting big on a different kind of community space: a winter oasis.

"There will soon be ice underneath our feet," Risvold said, standing in the large greenspace that currently serves as the outdoor patio.

Forgotten Star recently unveiled renderings of a boot hockey and curling rink that will be operational by January. The rink will complement expanded fire pits and a newly constructed tent that will feature industrial heaters by the end of October.

How does a new brewery afford such an ambitious expansion?

Forgotten Star isn't the only brewery, bar or restaurant getting creative. It's one of 12 that made a new Star Tribune list of extra-warm patios for fall outdoor dining.

"I'll say this is probably my most requested story the last couple of weeks," said Sharyn Jackson, Food and Restaurant writer for the Star Tribune. "We've gotten so many emails asking us to do this."

Though Jackson included 12 restaurants on the list, she says just about every business is working on ways to get more life out of its outdoor space.

"I'm hearing all kinds of things," she said. "One restaurant, Amore Uptown, they have a BYOB policy, which is bring your own blanket, I thought that was really creative. There's places like The Block, and The Howe and Stanley's Northeast, they have actually a heated tent that's dog friendly. They call it the 'Paw-tio', instead of patio, that is open year round. They have heated floors for dogs and humans I guess."

Unlike past years, when ice bars and heated igloos have been novelties for hearty foodies, Jackson says this year creativity is critical.

"I think there's a big demand for it," she said. "People are still dining outside and a lot of restauranteurs have told me that they're not seeing the same numbers of people come inside. I think it's a very big fear about what's going to happen when it just gets to be too cold to be out there."

Risvold says he's anxious to see what kind of ideas winter will bring.

"Our industry is very creative, and they find ways to make the best of every situation," he said. "I think we're going to see a lot of that this winter."

No matter what happens with state COVID-19 restrictions, Risvold says he says the patio push is also about social responsibility.

"Using the space to be a community hub is the most important for us," he said. "So if we can be that community spot where we can host a blood drive and we can safely do things like the ice rink; being a spot where families feel really safe and comfortable is important for us. That's what we want."