From mouthpiece masks to woodwind bags, the U of M marching band practices during a pandemic

It's not easy to teach a band how to march on Zoom, but that was just the beginning. 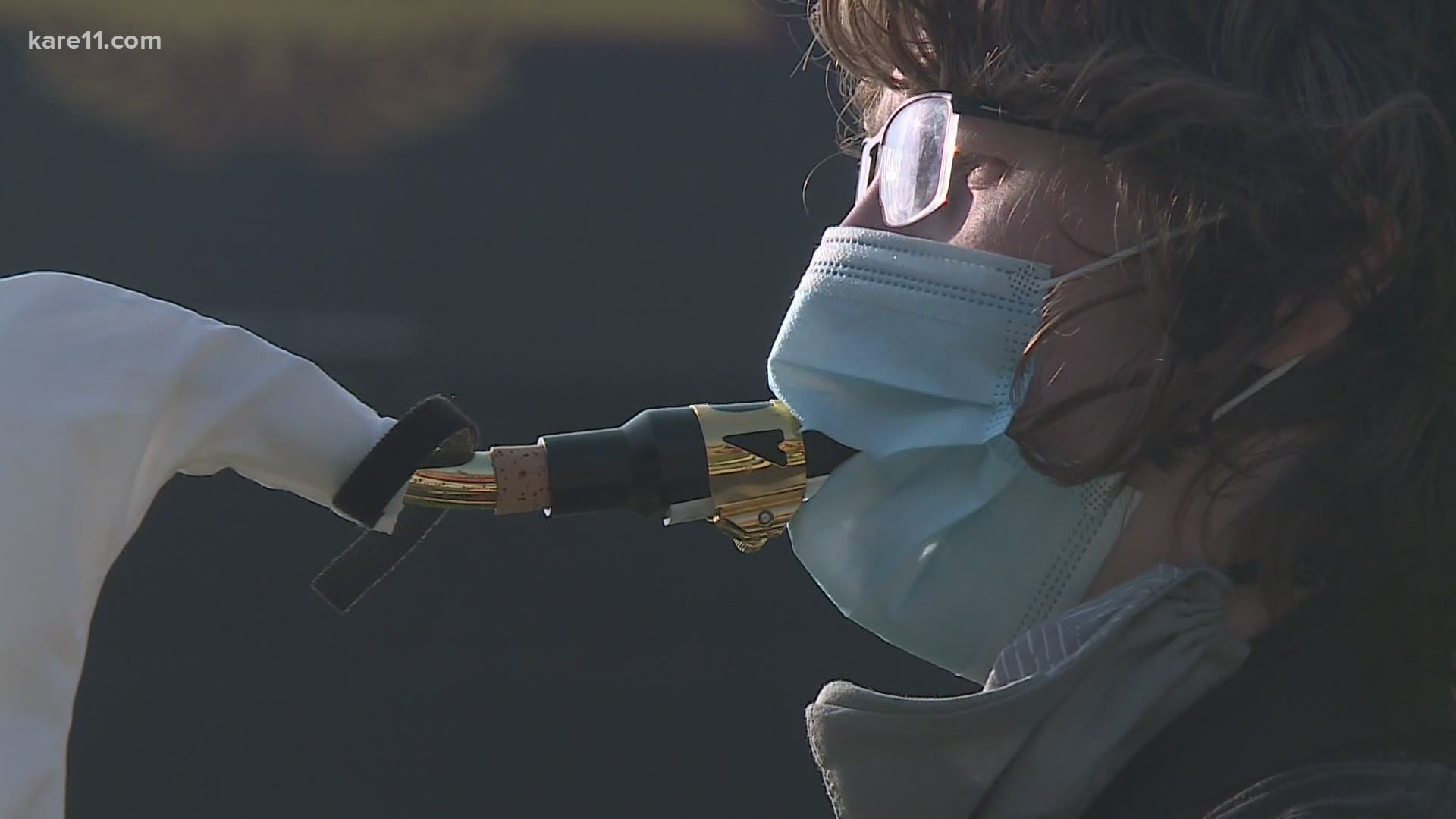 MINNEAPOLIS — The University of Minnesota marching band is taking the field again just in time for the return of Big Ten football - only this year everything from the formations on the field to the instruments themselves will look a lot different.

"Normally we don't have bell covers for these bad boys," said junior Payton Buendorf, pointing to his Sousaphone. "This year we had to add those on. We also had to have masks with holes cut in them, so that we can fit our mouthpiece inside."

Though the idea of PPE for instruments initially seemed a bit unbelievable for Buendorf and the rest of the band, a study done this summer showed how effective bell covers and woodwind bags can be at reducing the spread of aerosols and the threat of COVID-19.

"As those results came out, I would be watching and gradually I started to see, okay, I think there are ways to do this," said band director Betsy McCann. "Especially for the marching band, this is our classroom, we are already outside."

McCann admits it's taken some time to get used to the look, and sound, of woodwinds covered in bags.

"It's so bizarre," she said with a laugh. "I mean, it changes everything for these players but they're flexible. They'll figure it out. I think our flute players are facing a lot trying to figure out how to play a flute in a mask. We have some things to work out there still."

The same goes for the marching. The band's annual spat camp training this year was forced online at the last minute due to a delayed start to classes on campus.

Kent Erdahl: "You're teaching students to march on a Zoom screen?"

McCann: "Yes we are, and somehow it worked. We had them here in person for their very first day and they looked good."

But they'll never look like previous years. The entire band has been split in half in order to ensure safe spacing. Even then, some formations simply aren't possible.

"That's really limiting the marching that we can do," McCann said. "People are used to seeing that "M" on the field and then we rotate, but it's so big with everyone spaced out that we would be walking up into the stands to rotate that thing around. We can't do the the battle hymn gates either. For those to work the students are shoulder to shoulder. There's some big things that we are missing."

There's one big thing the band is still hoping not to miss. The University has yet to decide if they'll be part of game day.

"I don't know at all. We know nothing about our game involvement at this point," said said. "I know we can do it safely. We won't have the band sitting here, crowded in, and certainly my colleagues in other schools have been able to do it, but I don't know what we'll be looking at yet."

In the meantime, hats off to all the students who seem to turn each obstacle into a rousing challenge.

"It was just pure joy for me to see the students playing together and hear that," McCann said, following the first practice. "Having that kind of be a symbol of the community that we have and seeing that back together again was pretty cool."