Team members will be trained in Tuesday and Wednesday, and they will be helping care for COVID patients as early as Thanksgiving morning. 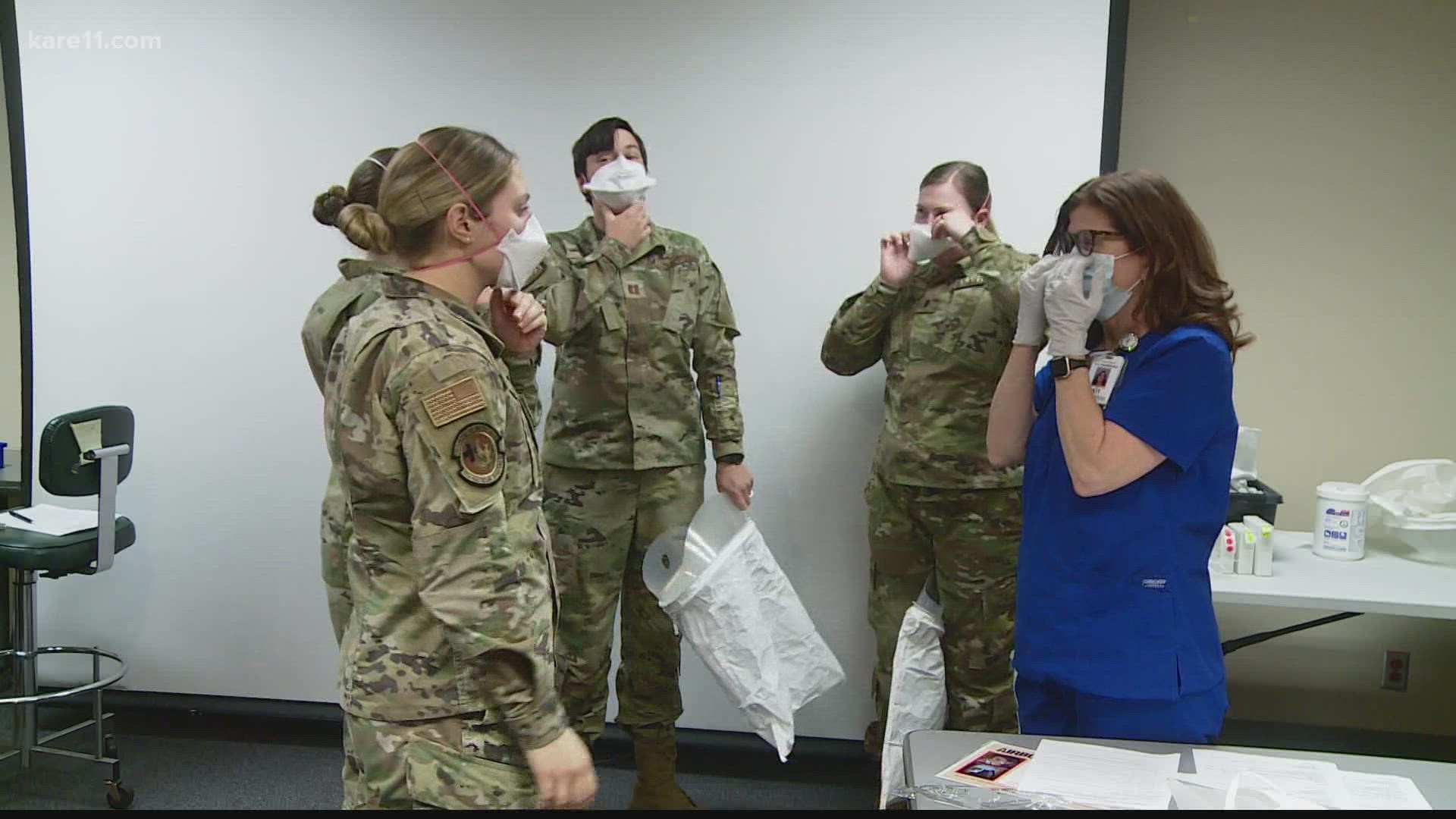 Gov. Walz held a press conference at HCMC with Minnesota Department of Health Commissioner Jan Malcolm and Maj. Gen Shawn Manke with the National Guard to discuss some of the details, including the plan to train dozens of active military personnel to help health care staff take care of more patients.

"Listening to the folks upstairs – I asked point blank, 'You've been at this for 20 months, how does it feel now?' And without a doubt, just about every one of them said it's worse now than it's been," Walz said during a visit to HCMC. "It's harder on us now than it's been; the people who are here are sicker than they've been, and the pressure and the wear and tear on the staff is as bad as it's been."

On Tuesday, two federal teams from the Department of Defense arrived in Minnesota – one at HCMC and another at CentraCare in St. Cloud. Each team is made up of 23 doctors, nurses and other medical professionals. Team members will be trained in on Tuesday and Wednesday, and they will be helping care for COVID patients as early as Thanksgiving morning.

"Our commitment as we care for Minnesotans is to be here when Minnesotans need us most, as we've done for over 130 years here at Hennepin Healthcare," said Jennifer DeCubellis, CEO at Hennepin Healthcare. "We shared with the governor and Commissioner Malcolm earlier, that we just saw a chart from our trauma team this morning that showed an alarming rate. This is an organization that is not used to ever saying no and over the past couple months we've had to do that over 400 times."

Dept. of Defense team of 23 people is getting trained here at HCMC before they go out to help MN hospitals deal with #Covid cases. @GovTimWalz is now going over their duties and how they’re here to help. @kare11 pic.twitter.com/bRqcwQohRX

Hospitalizations also remained high, with 1,429 people being treated for the virus on an inpatient basis as of Monday. MDH says 320 of those patients show symptoms severe enough to require ICU treatment.

The strain on hospitals and those who staff them is evident by looking at bed availability: There are currently zero ICU beds available in the northeast part of the state, just one in the northwest region, and only six in the entire Twin Cities hospital system. On the MDH map, the state is split up into eight regions, and none of them have available ICU beds in the double digits.

DeCubellis said with the additional resources, they will be opening up an additional six "step down" beds from their ICU to allow them to step down to an intermediate level of care, which will open more beds in the ICU. DeCubellis said HCMC has also added a 10-bed admitting unit, so patients won't be required to be in the emergency department.

"They'll work right alongside our team members in order to be able to provide care to more beds," said DeCubellis of the military personnel being added. 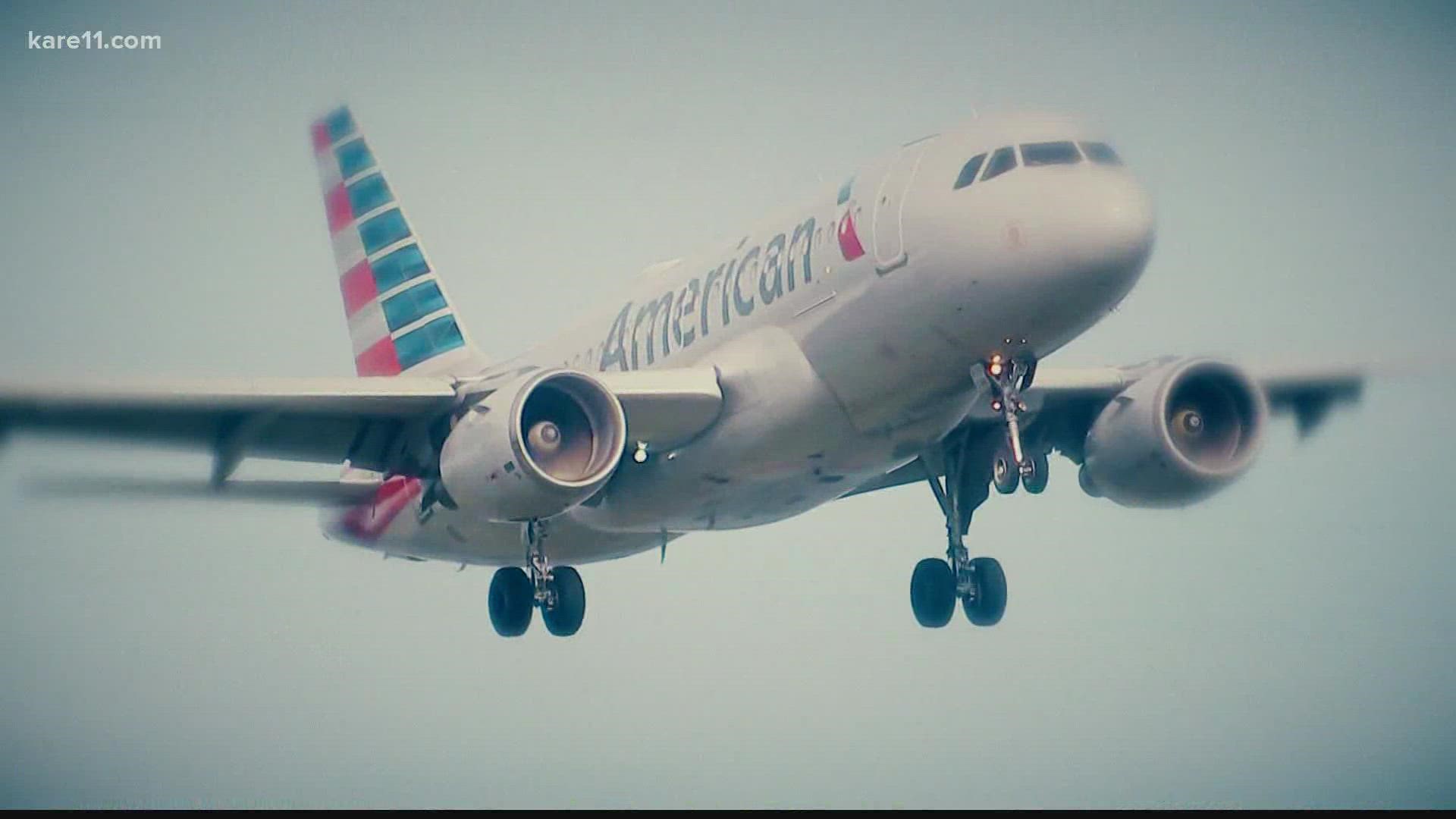 New travel rules in place for everyone entering the U.S.