The Governor says he will replace the order with a Stay Safe order that will allow some retail to reopen, and gatherings of up to 10 people. 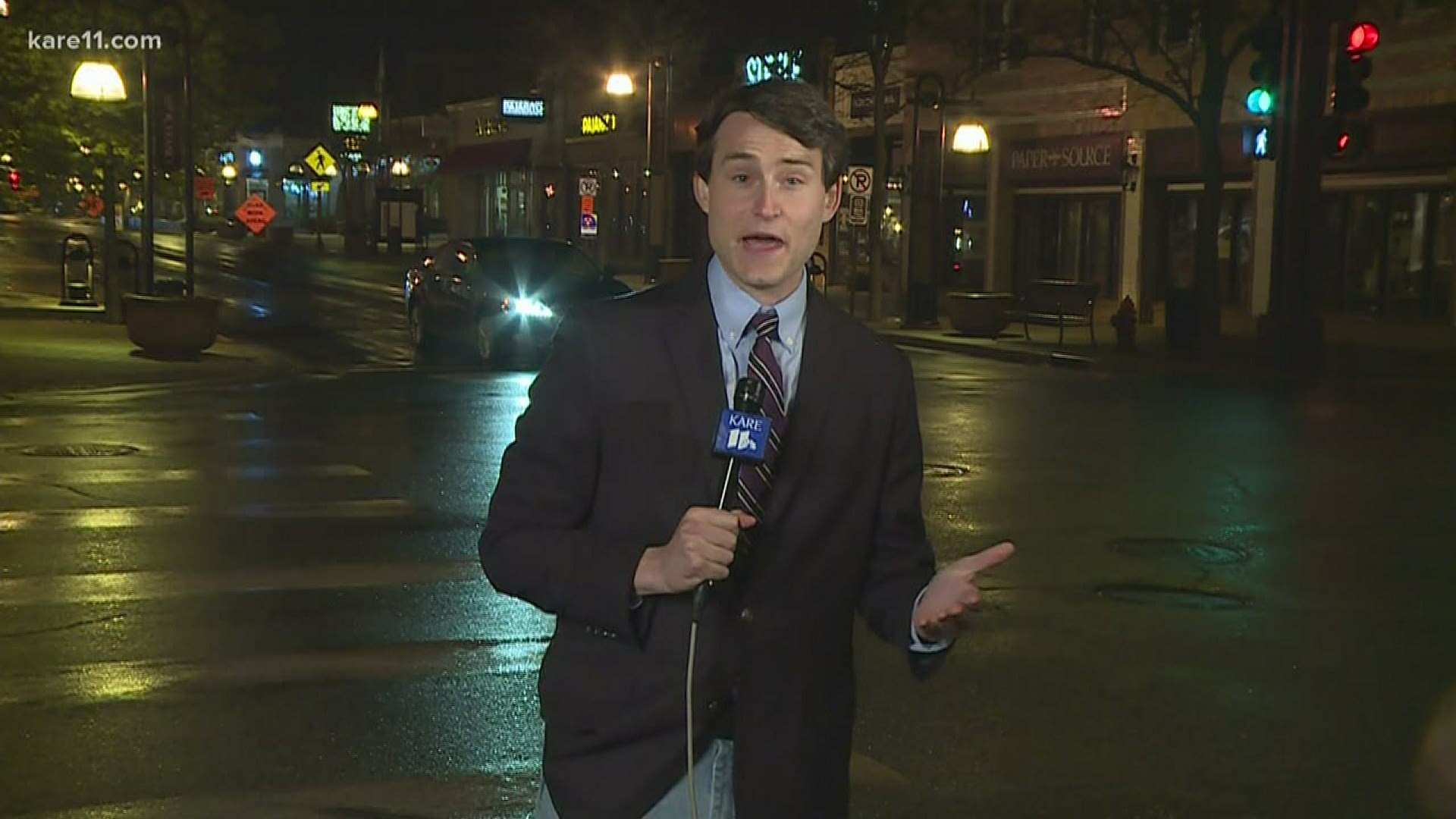 Governor Tim Walz will allow the current Stay at Home order to expire as scheduled at 11:59 p.m. on Sunday, May 17.

In statewide address, Walz announced a new "Stay Safe MN" order will take its place, allowing some retail to open, and gatherings of up to 10 people.

"We know there is no stopping the storm of COVID19 from hitting Minnesota. But we have prepared for it," Walz said.

Walz said that the state is moving forward strategically, and must be prepared to move back if needed. He is also encouraging those at higher risk to continue to take safety precautions.

Walz also announced he signed another executive order on Wednesday to allow retail stores, malls and main street businesses to reopen for in-person shopping as long as they have a COVID-19 Preparedness Plan in place that incorporates social distancing protocols for workers and customers, and limits occupancy to no more than 50% of the location's capacity.

"This is really good news," said Republican Senate Majority Leader Paul Gazelka in a video posted on Twitter. "I'm glad that (Walz) listened to us. I feel like we led the way in some of that. And now it's up to us - you and me - that we get out there, we practice safe distancing; businesses are gonna do it. I have every (bit of) confidence that we're gonna be able to do this and move forward."

According to a release, the Minnesota Department of Employment & Economic Development (DEED) estimates that this will enable up to 37,000 more workers to return to work over the next several weeks.

"Ensuring the health and safety of workers and customers is the top priority as we gradually reopen our economy and put more people back to work," said DEED Commissioner Steve Grove in a statement. "We have worked closely with our state's business community and labor organizations and listened to Minnesotans across the state about the next steps, and we're eager to see more businesses expand operations with the necessary protocols in place."

Walz added that he's directed members of his cabinet to have extensive discussions with health experts and businesses for reopening on June 1. This includes bars, restaurants, barber shops and salons.

"We're counting on Minnesotans to take personal responsibility for their own health and the health of their community," Walz said. "Stay Safe means work from home if you can, wear masks when you go out to shop, stay close to home if you have to travel and gather in only groups of 10 or less, and keep six feet apart from each of you."

The Minnesota Nurses Association released a statement in response to Gov. Walz's announcement saying it has "has reservations with the timing of lifting the state's shelter-in-place orders at a time when hospitals continue to dangerously ration PPE, new supply lines have not appeared in state warehouses, and the Minnesota Department of Health still cannot show that testing has dramatically increased."

The MNA has been pushing for more protections and safety guidelines as nurses and other frontline workers continue to battle COVID-19.

"Nurses also hope to re-open Minnesota businesses as soon as possible, but, just as many other Minnesotans have expressed, it’s not possible to do so without jeopardizing the safety of healthcare workers and all Minnesotans," the statement read.

Walz is also extending the peacetime emergency declaration to June 12.

The peacetime emergency order allows him to make temporary executive orders without prior approval of the legislature. This includes closing bars, restaurants, schools and other businesses.

Gov. Walz has issued 52 of those orders since early March in an effort to slow the curb the spread of COVID-19 and allow more time for the medical system to expand its intensive care treatment capacity.

The Minnesota Department of Health (MDH) reported has reported 638 deaths due to the coronavirus and 12,917 positive cases in the state as of May 13, including 1,851 people who have been hospitalized.

The new models take into account different scenarios with different lengths and degrees of social distancing and shelter-in-place restrictions, and project ranges of deaths and approximate "peak ICU demand" timelines. MDH has stressed that models are not used to predict exact numbers, but are tools to help them understand which variables are the most important in reducing deaths and delaying the peak of the virus in order to build up hospital capacity.

By allowing the Stay at Home order to expire, the models predict total deaths could increase by nearly 800 as compared to if the order were to be extended to May 31, but Walz said there are precautions Minnesotans can do themselves to help bring that number down while adhering to the Stay Safe MN order.

"One of the things that would certainly change that modeling - the biggest thing that changes that modeling - is if Minnesotans say, 'Hey, we've got a lot of stuff back open, we can do a lot of things, (and) we really need to protect folks. Let's really buckle down and do this mask and social distancing,' that will change that number to a positive," Walz said. "That was a calculus that went into this decision."