In Minnesota, 32% of people 16 and older are not vaccinated against COVID-19. 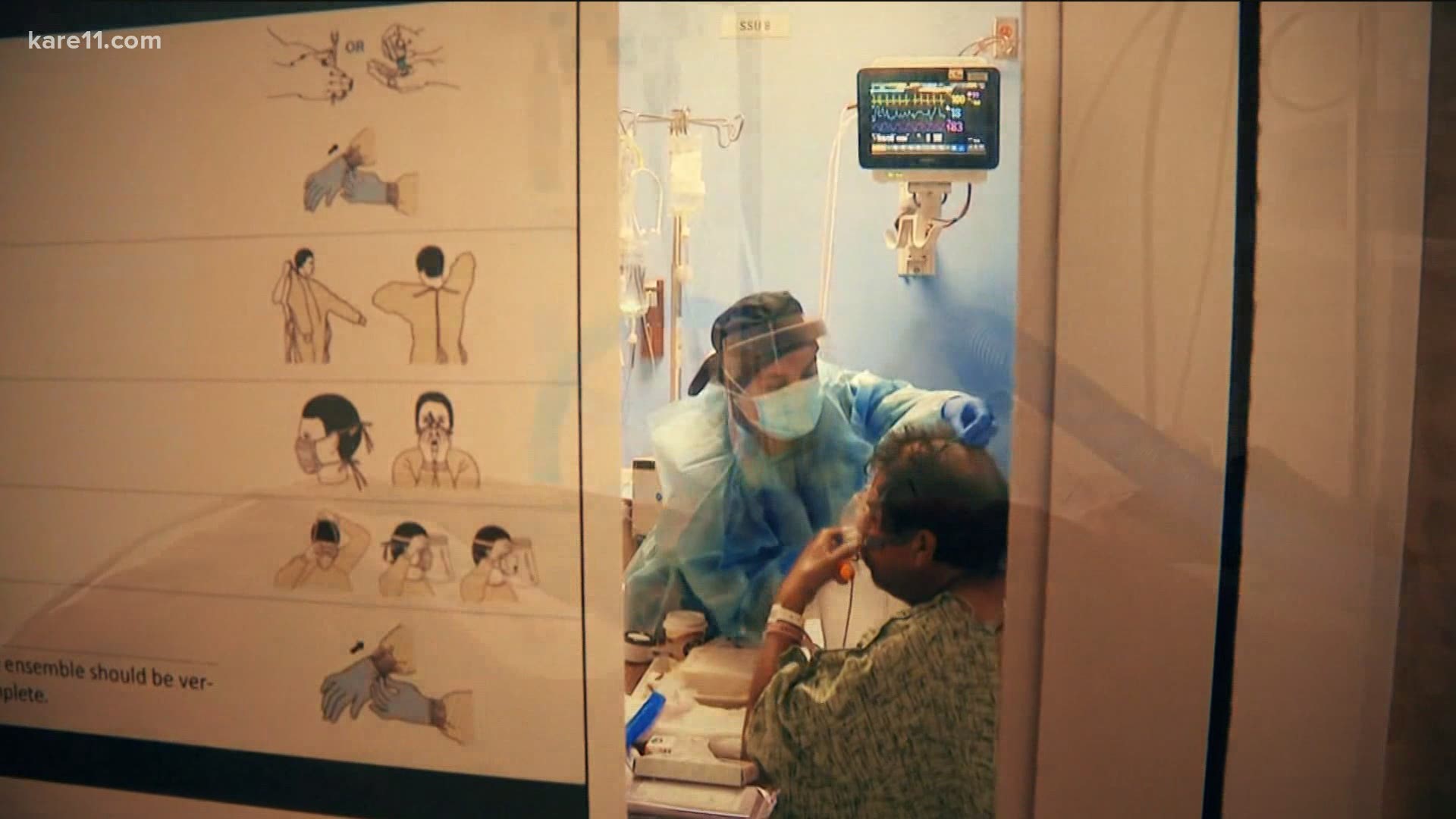 GOLDEN VALLEY, Minnesota — More than 607,000 Americans have died from COVID-19, according to the latest data from the Centers for Disease Control and Prevention. If you do the math, that’s roughly one in every 545 Americans.

According to one of the world's leading vaccinologists, Dr. Gregory Poland of Mayo Clinic, we are entering a predicted fourth wave with a more spreadable delta variant.

“We have watched this movie and it's ending three previous times,” said Poland. “We are now replaying the movie for the fourth time, the fourth surge in the U.S. This was entirely predictable.”

Thirty-two percent of Minnesotans 16 and older remain unvaccinated, according to the Minnesota Department of Health (MDH).

This is dangerous territory.

If the original coronavirus is a pistol, the delta variant is a shotgun with 4 times the original viral load and a more efficient means of latching on and infecting, according to Poland.

“I would say that given the prevalence of the delta variant, it feels like it's a matter of time before our unvaccinated population is infected with that virus,” said Kris Ehresmann, the director of infectious disease for MDH.

Poland says the delta variant has shown the ability to infect children in ways the original virus did not.

“This last week, for example, there were 23,000 new infections in children in the U.S.” said Poland.

None of this is a surprise to him. He says this is what RNA respiratory viruses do, and something he's studied for 40 years. With so many unprotected Minnesotans continuing to exchange air, this is the worst case scenario moving forward according to Poland.

“The longer we go with large numbers of people unvaccinated, the greater and greater the risk that a new variant will develop that will evade vaccine induced immunity. So we are our own worst enemies here,” said Poland.

But the vaccines have shown high efficiency in the general population to date.

In what are called ‘breakthrough cases’, 3,525 fully vaccinated Minnesotans have tested positive for the virus so far, according to MDH.

Seems like a lot, but it means 99.9% of fully vaccinated Minnesotans have not showed symptoms and tested positive for the virus.

“Where wisdom resides is saying ‘do I want to take this teeny risk of the vaccine or this huge risk of the viral infection,’” said Poland.

You can see the full interview with Dr. Gregory Poland on our YouTube channel.