"Sunday the 18th I literally woke up and could not breathe." 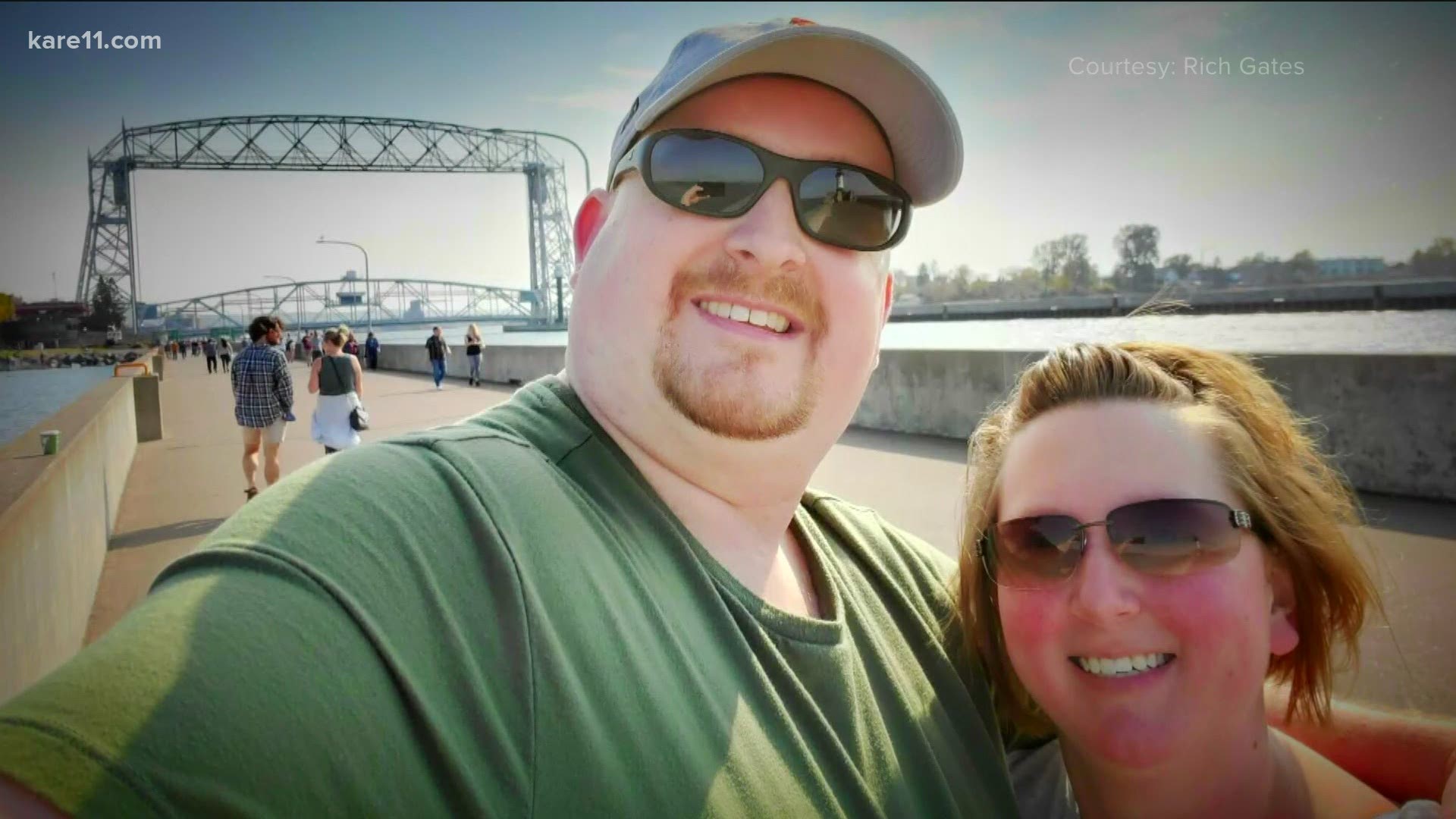 GOLDEN VALLEY, Minn. — For more than seven months now, Rich Gates and his fiancé Jennifer Nelson have been practicing what they preach.

"We both work in healthcare," said Gates.

They've both been following the standard protocols associated with COVID-19.

However, with a surge in COVID cases sweeping the upper Midwest, even those standard protocols weren't enough to keep this seemingly healthy couple safe.

"I have been asymptomatic the whole time," said Nelson.

For her fiancé, it was a much different ballgame.

"Sunday the 18th I literally woke up and could not breathe," said Gates. He went on to say, "my fingers and toes were blue, my oxygen saturation was like down to 93% which is really low. It was very scary."

Gates spent three days in the hospital, but is back home and in quarantine. Now, he and Nelson want people to know that the uncertainties surrounding the virus are still as serious as they were back in March.

"Anybody really can be a spreader of this without even knowing," said Nelson. "Nothing in life is guaranteed, especially I think with COVID. Just because it is one of those things that nobody knows a hundred percent of how it works and what the repercussions of having it are.”

The situation in our neighboring state of Wisconsin is just as dire, where the Wisconsin Department of Health Services is reporting the seven day average of confirmed cases is nearly 4,000.

Marathon County resident Andrea Burgess and her husband are just two of the latest trying to survive the disease.

"Take it seriously. I know a lot of people think it's a joke or they think it won't happen to me, or they just don't care about it," said Nelson.