Transportation, building cleaning, and a host of other issues are already being discussed within committees at school districts throughout Minnesota. 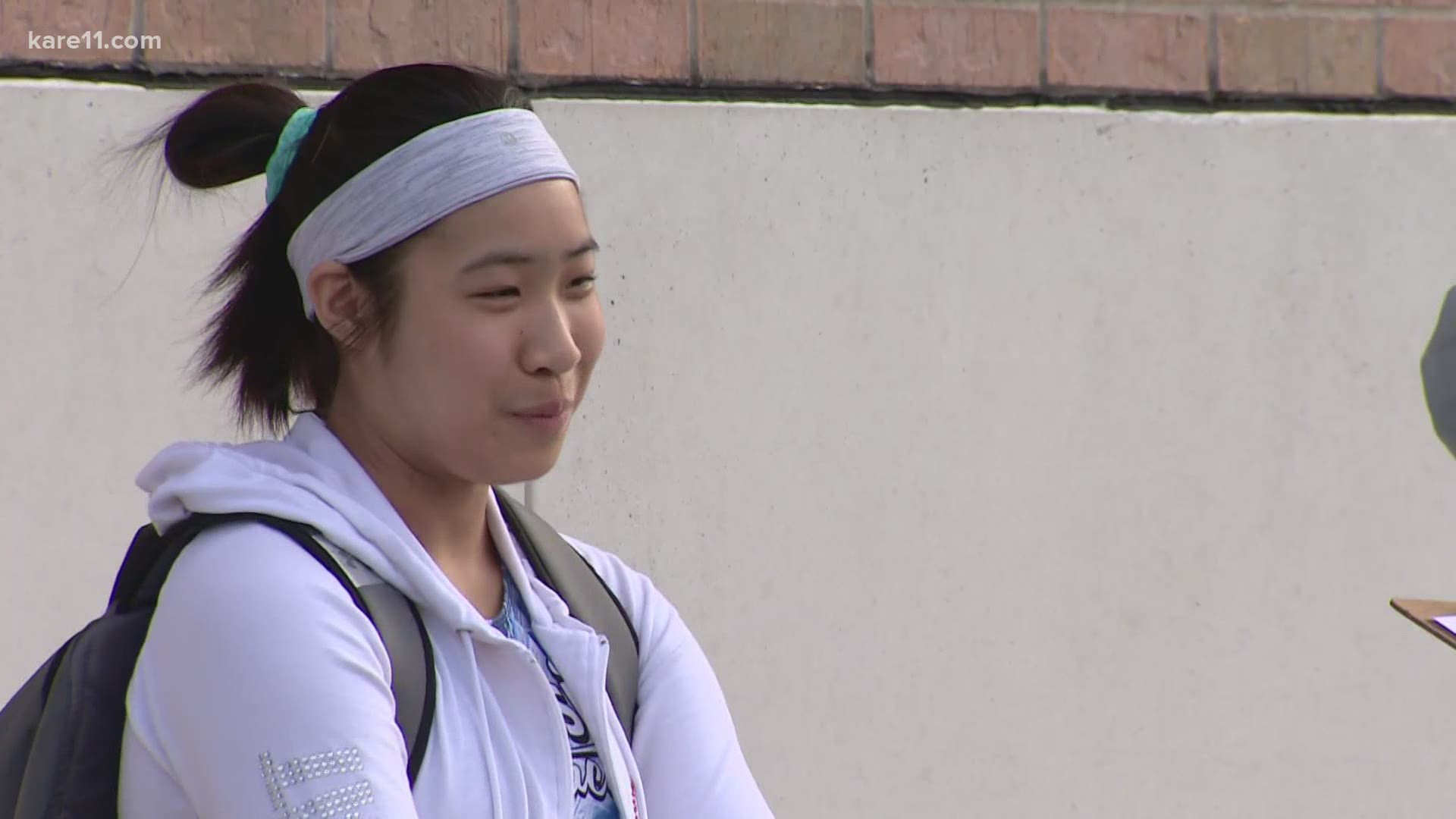 ROSEVILLE, Minn. — Parks and rec gymnastics made its return Monday night to the Gymnastics Center at Roseville High School.

Girls stood on yellow X’s painted on the sidewalk in front of the gym and reached their arms wide to make sure they were six feet apart.

It might be a preview of what’s to come at school this fall.

Audrey and the others may be ready to return to class, but where they do it is far from certain under three possible scenarios issued by the Minnesota Department of Education:

The state is promising a final decision by the week July 27th.

Transportation, building cleaning, and a host of other issues are already being discussed within committees at school districts throughout Minnesota.

A complicated return became even more so in late May. “We not only have COVID-19, but we also have the death of George Floyd that we’re dealing with as well. We are going to have to be able to provide a social and emotional learning environment,” Hester said.

Robert Bach, Stillwater High School principal, said communicating with parents has been particularly difficult, “because we don’t know what the rules of engagement are.”

As for a late July final decision, both principals pointed to March, when they had just two weeks to move teaching from the classroom to online distance learning.

Hester said the comparison is fair, “Only thing is, we can do it better.”

Regardless of the scenario eventually chosen for the start of the school year, “Our job is just to make sure that we knock it out of the park,” Bach said.

A lot of questions remain, with the twists and turns not limited to the gym.

RELATED: Rep. Omar's father dies from complications due to COVID-19