Will Bjerke went to his wife's window every day until the nursing home where she lives finally lifted its visitor restrictions. 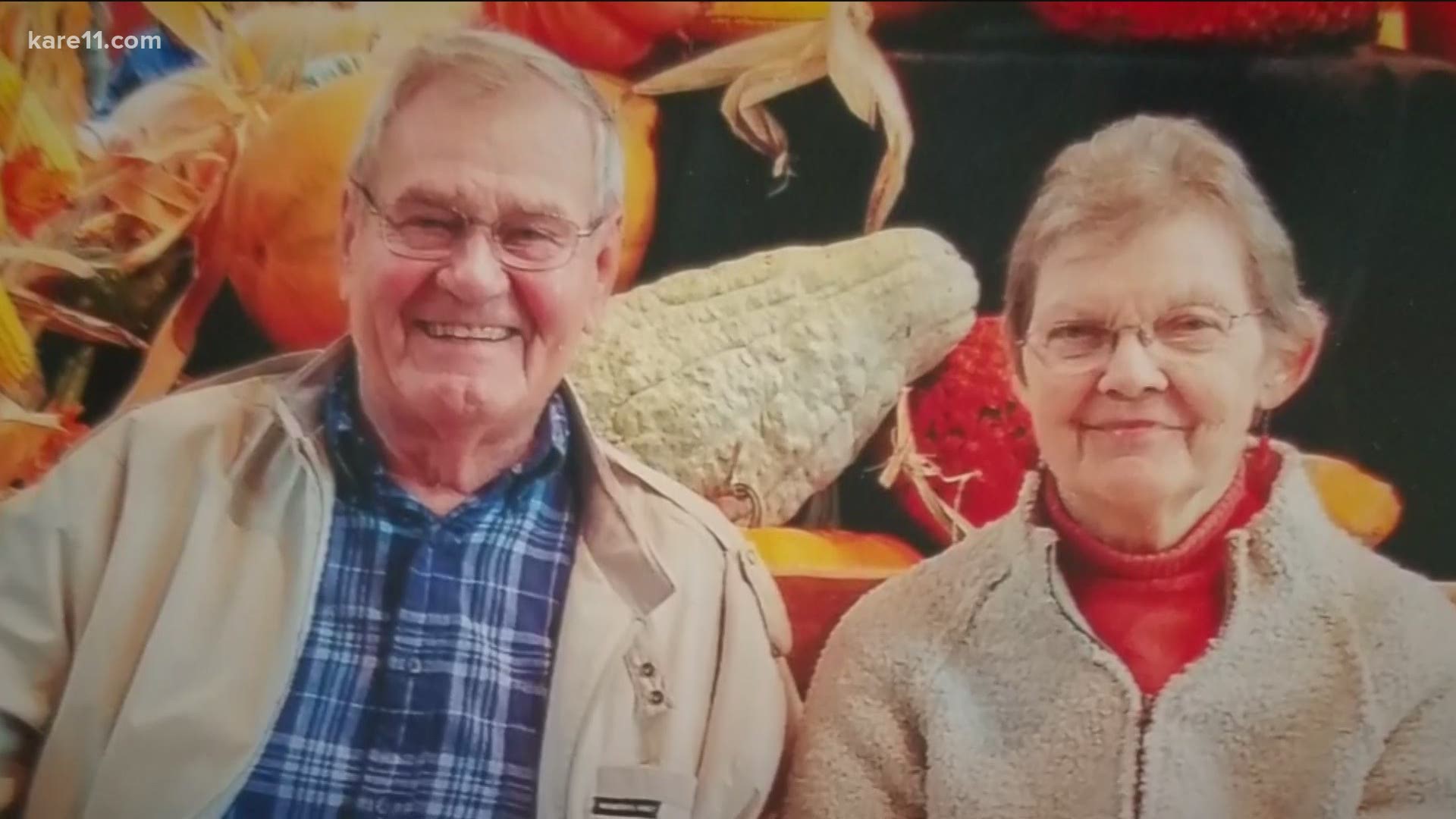 NEW HOPE, Minn. — A Minnesota couple had been separated by COVID-19 for nearly an entire year. As you can imagine, their first in-person reunion was long-awaited and it happened on a particularly cold day in February.

But Will Bjerke will tell you, his heart was warm.

He had just been able to visit his wife, Carol, inside the New Hope nursing home where she lives. Staff at the Good Samaritan Society captured the couple reuniting on camera after they also were forced to separate them during their daily lunch date back on March 10, 2020.

"They wanted to talk to us and so she explained," said Will. "One of the gentlemen said to her, 'Well, when does this start? And she goes, 'Now.'"

The pandemic may have put a stop to the visitor policy, but not Will's determination.

Every day since, he has come to see Carol from outside her first-floor window – a testament to their nearly 63-year-long relationship, that their daughter can attest to.

"He hasn’t missed a day. I said dad, don’t go, it’s so cold," said the couple's daughter, Kathi. "It’s just a nice feeling that they can see each other."

KARE 11 was at the same facility when it first started loosening its visitor restrictions the end of January after being COVID-free for four weeks.

The Minnesota Department of Health also reported at that time that residents and staff at all of the state’s 400 nursing homes had gotten their first vaccination, like Carol, and more recently, Will. Kathi hopes others will too.

"It’s not all about you," Kathi said. "You’re doing it for other people." Will chimed in, "You have to remember my dear wife and your mother, you never hear her complain. She’s been in the hospital many times, back surgery, this, she never complains."

They’ll have to leave Carol at the nursing home for now, but true love, full of ups and down, like Will, has a habit of coming back.