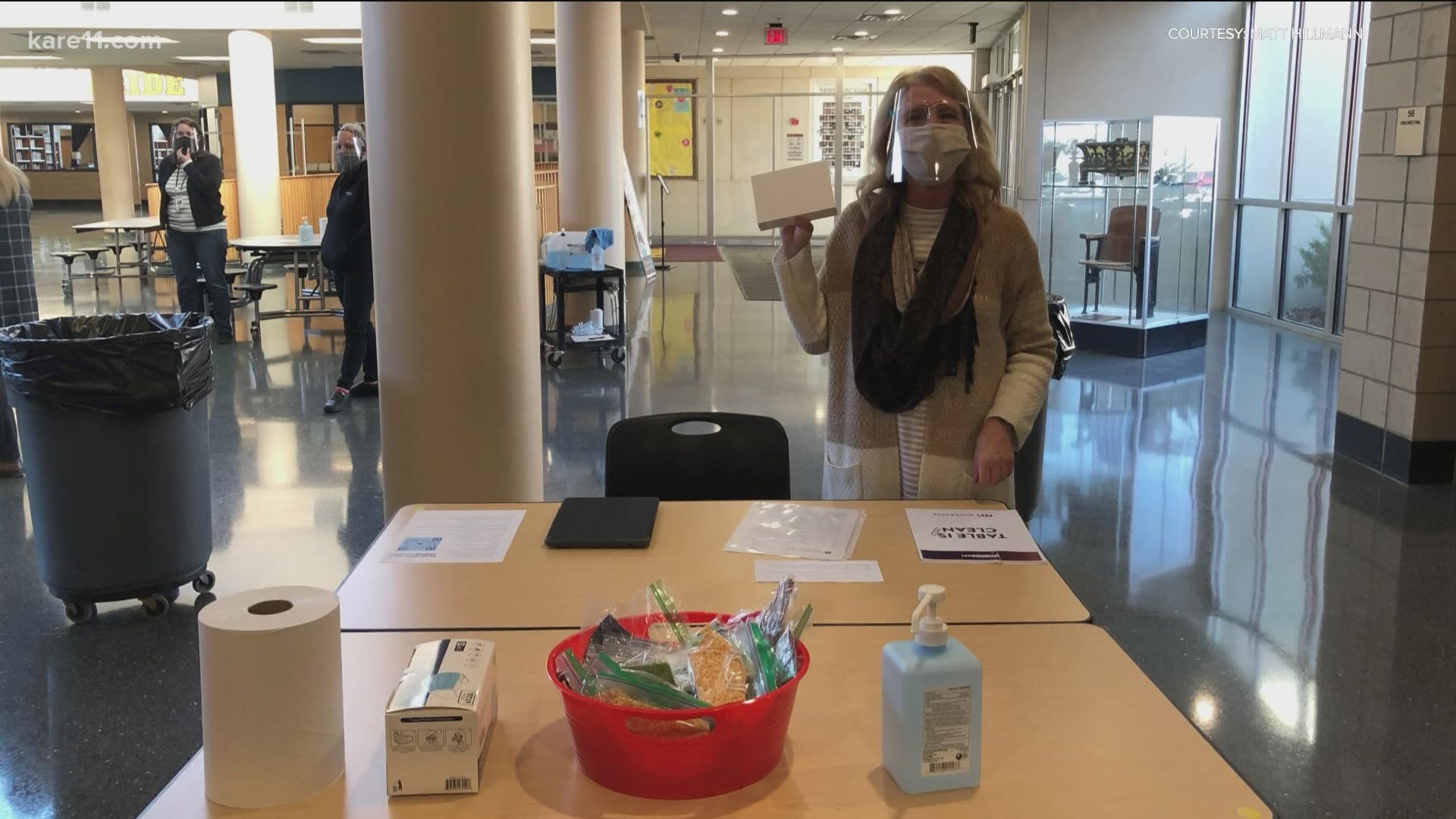 NORTHFIELD, Minnesota — More students in Minnesota are returning to the classroom.

While preparing to welcome kids back into the classroom, the district has put a focus on COVID-19 testing.

Superintendent Matt Hillmann said he was inspired after attending a meeting in Rochester last October with Dr. Deborah Birx, the White House coronavirus response coordinator at the time.

"She talked about the importance of testing asymptomatic people. So those folks who may not be exhibiting any COVID-19 symptoms but could potentially be infecting others. So it really motivated me to say, 'How could we try to do some of that in our school district?' Of course, at that time getting tests was something very difficult," Hillmann recalled.

Hillmann reached out to Rice County Public Health and from there, they connected with the Minnesota Department of Health (MDH).

"That was at a time where the cases in Rice County were really significantly high," Hillmann said.

Credit: Matt Hillmann
According to Hillmann, they administered 1,545 tests and had 33 positive results — a 2.1% positivity rate.

Testing was for students, staff and their families, specifically targeting those without symptoms who could potentially be asymptomatic.

According to Hillmann, they administered 1,545 tests and had 33 positive results — a 2.1% positivity rate.

"I think the thing that it really did, especially for our staff, was it gave confidence in their ability as we started to get ready to return to school that they felt more confident in the district's ability to be able to support them," said Hillmann, noting the change in response to a 30 day employee survey versus a 90 day one.

"The change between the 30 days and the 90 days was significant in terms of more people being more confident about our ability to be able to support their health and safety here at school," Hillmann said.

RELATED: Children and COVID-19 testing: What parents should know

On January 4, MDH started a new mitigation strategy. It requires all public schools providing in-person or hybrid learning to offer on-site testing to all staff that interact with students. The state of Minnesota provides training and saliva tests kits so that schools can conduct testing.

Minnesota Department of Education's Director of Communications Wendy Hatch said they learned a lot of lessons from the pilot, helping them set up their statewide testing program.

"The vaccinations are starting. That's a great light at the end of the tunnel but as we all know, that's going more slowly than any of us would like. It's just the nature of the beast," Hillmann said. "We want to make sure that we still keep people safe and healthy and testing asymptomatic people is one of those ways that we can do that."