In her words: Dying from COVID, but not alone

Tiffany Wolfsberger, a Regions Hospital ICU nurse, describes what it was like to be the only person able to care for 60-year-old Don Lydick, who was dying from COVID 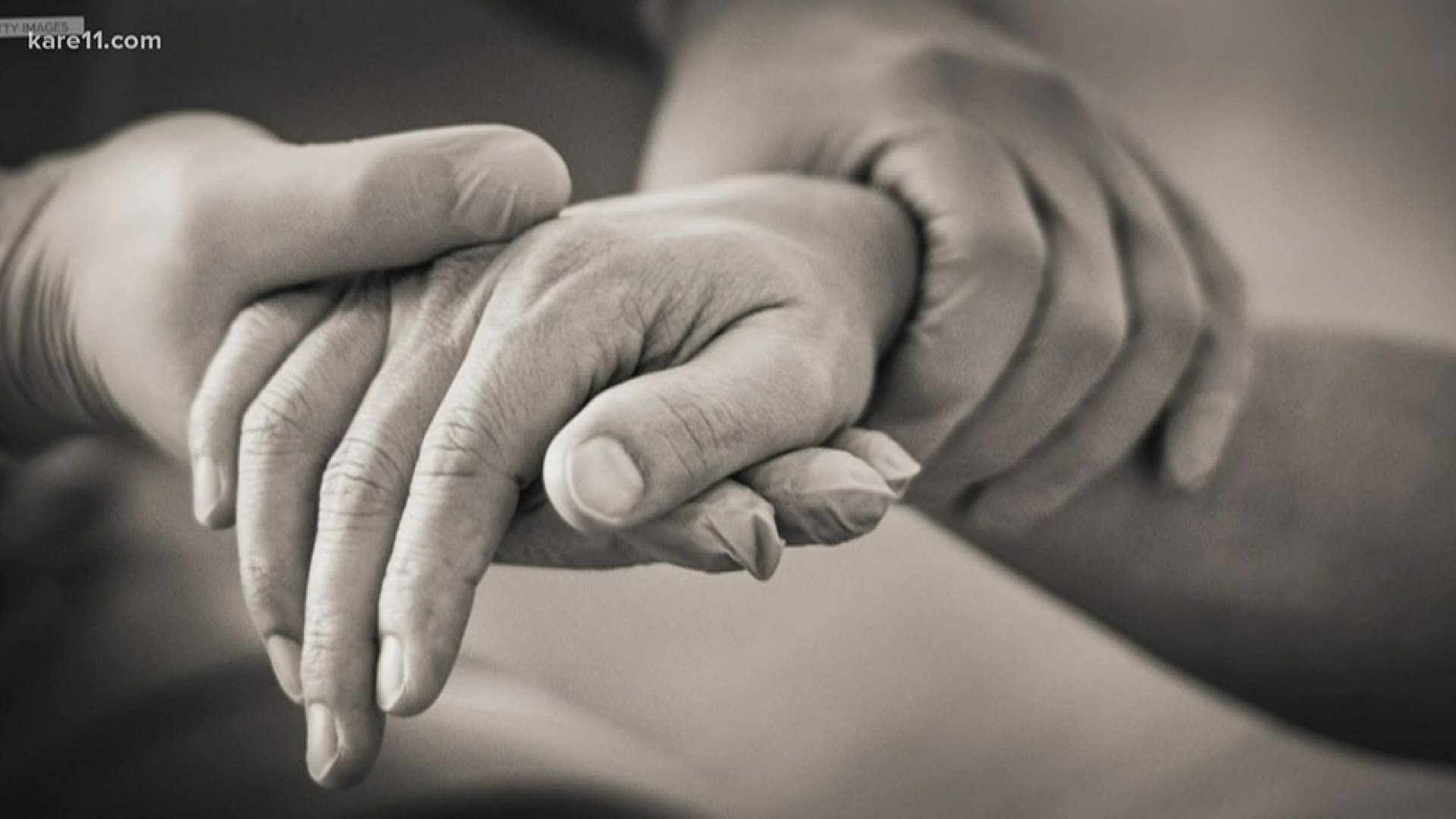 ST PAUL, Minn. — (Editor's note: Due to fear of infection, nurses like Tiffany Wolfsberger are typically the only ones who can be in a patient's room as someone dies from coronavirus. This is her story of treating one such patient)

"I came into Don’s life just at the end. I had been off work and just had come back. Don was on our floor for almost two weeks, very sick and needed ventilator support early on. The virus just took over. It changed his organ function. It’s just such a vicious virus. To see what it is doing to patients; it’s like nothing I’ve ever experienced.

Before COVID, a lot of times the family at the bedside is how we learn about the patient. What does an expression look like? Are they in pain? Do they like their feet tucked in? Just simple little things. I think that is one of the hardest adjustments we are all making, is not having family there. They’re the patient’s real support. We’re there to help them, but there’s an emptiness not having that.

With family not allowed in the ICU, I’ve had so many phone calls with family, crying, in tears, and saying "I know if I was just there he would wake up." It really breaks you. There’s no words to say how it feels to hear that and not be able to fix it, because that’s what we do. We try to fix everything. And you can’t.

Don got to the point where he couldn’t tolerate going on his back. He was on his belly for almost, I want to say four to five days. That was the only way we could keep him alive. There was nothing more we could do for him.

I first called Joanne (his sister) and explained that his face might look a little swollen because he’s been on his stomach and he might not recognize him. She was very nervous to see him. I let her know that I could make it so that she would just see the back of him, so it would look like he’s just sleeping. And it would give her peace. She said that would be great.

She said, "Can you promise me that someone’s going to be there to hold his hand and pray with him?" And I said I can promise that.

The next step was to get the video iPad, and I did a test call in the conference room. I made sure to take off all of my goggles and face mask and everything, just so they could really see who was going to be with their brother in his final moments, that I really truly was going to be there for him and treat him like he was my brother.

So we did the test call. And I looked at the screen, I saw two sisters and their spouses. And you just take that in. It’s weird to meet a family like that. I let them know I would be calling in 15-20 minutes. Then I gowned up, I put on my mask, triple checked it, found my goggles and went into the room and called them.

And I let them talk to him. It was hard to not just have tears in your eyes, to look at this monitor with loved ones saying goodbye on a screen. Nothing prepares you for that moment. And that moment will never leave me.

They said their goodbyes, they encouraged him to go find his mom and his dad. Told some funny stories. We said a prayer together. I told them I would call Joanne when he was gone.

Credit: Joanne Fleming
Don Lydick's sister, Joanne Fleming, asked his nurse Tiffany Wolfsberger to make sure someone held his hand as he passed away.

I back went in, we made him comfortable; turned off any medication that was artificially raising his blood pressure. And I held his hands and talked to him. I talked to him like he could hear me. I told him how his sisters told him that he was loved, and I tried to treat him as if he was my brother.

I sang "When I go down to the river to pray." I actually noticed some tattoos and said you know I would love to hear the stories about these. I rubbed his head, his shoulder, to just let him know I was there with him.

We have glass doors, so you can see doctors and nurses come by -- the respiratory therapists, the nurse assistants, everybody. You can see their defeat. This truly affects everybody. And Don mattered to every one of them. They worked tirelessly to make this not the outcome.

You sit and you hold somebody’s hand and you look at their breathing and how it changes. And then you just see someone so tired at peace. You see the monitor, the heart slowing and slowing and those final breaths. What I saw was somebody’s son. He took his last breath, about two hours after. I stayed with him. I said a prayer with him.

Afterword, I just took a moment to absorb what happened. I called Joanne, I told her about how Don looked, how peaceful it was. She was very grateful. She was surprised. “You were there the whole time?” I told her: “I promised you that he would not die alone. And I was in there until he did.”

Driving home, that’s when I really let my emotions go. Because you really have to keep it all together, you don’t want to make the patient sense your sadness. But that drive home was a hard one. I really knew there was going to be more Don’s in my future. It’s sad. It’s scary, and it just really, really affects you.

You hug your family members. You call your parents and just tell them you love them, and you just tell them it was a hard day at work. You can’t say much more than that because of HIPAA.

I know that we are no substitute for a family member, a wife, a sister. I know that. But I do want people to know that we’re struggling with this just as much as they are. And we are all working to make this not be the case – that no one will die alone. We all stand together. We just want them to know, that we’re going to be there for them."

RELATED: Stories reveal the impact and heartbreak of Minnesotans who have died from COVID-19