The legal action, to be filed Thursday by the group Let Them Play, seeks to overturn the requirement for youth athletes to wear masks during competition. 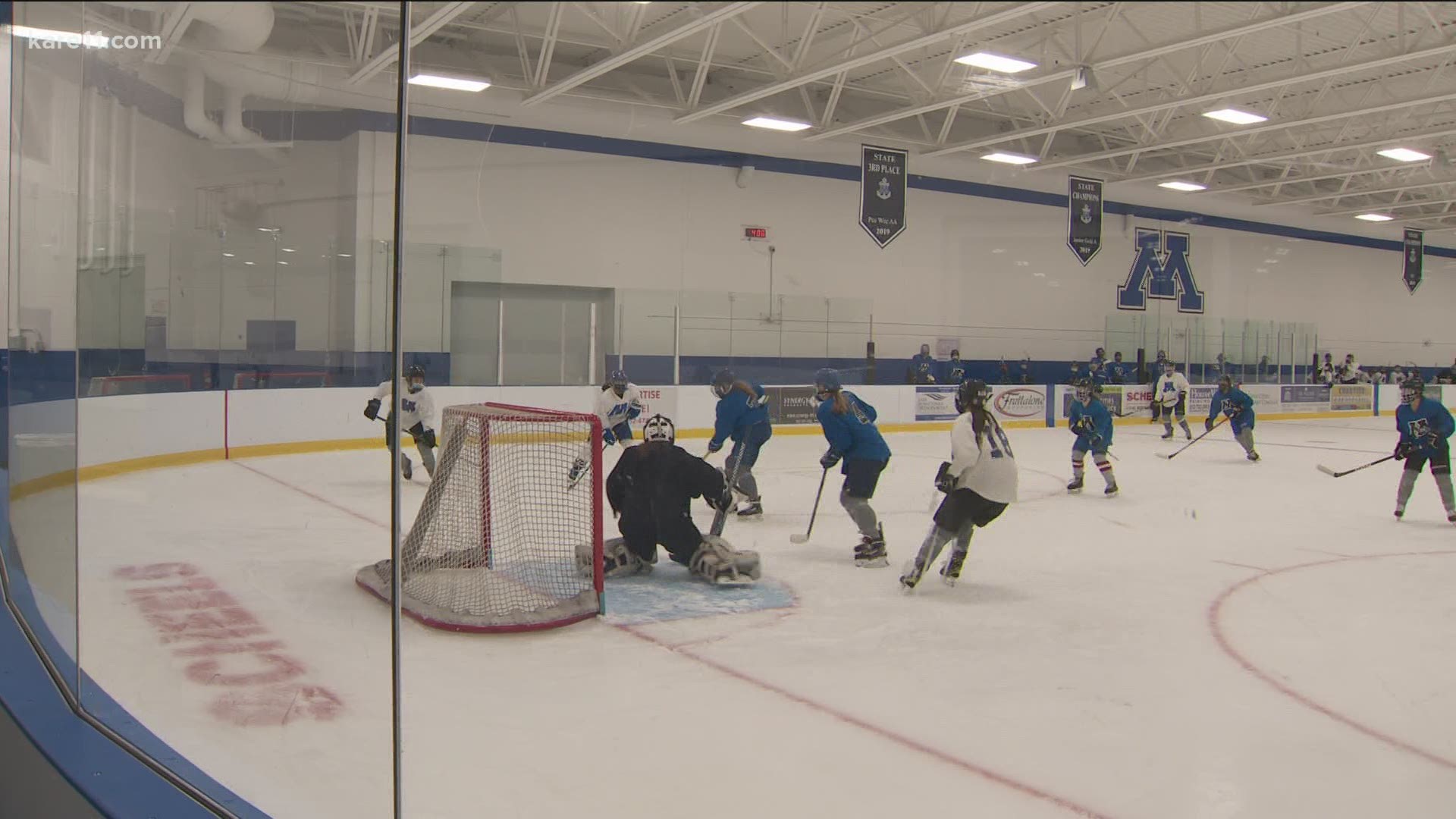 ST PAUL, Minn. — A lawsuit is expected to be filed Thursday challenging a mandate by Gov. Tim Walz ordering high school and youth athletes to wear masks during competition.

The group Let Them Play, an organization made up of parents, coaches, referees and athletes, says it has withdrawn a previous lawsuit filed against the governor and other state agencies contesting the "pause" in the winter youth sports season. That legal action will be retooled and refiled, expanding challenges to administration policies like the mask mandate, which Let Them Play organizers calls "absurd."

“Returning to practice is one step forward, but imposing masks during sports are a dangerous two steps back for Minnesota’s young people,” said Let Them Play founder and Executive Director Dawn Gillman, “We don’t want another kid to pass out, or worse, at practice or upcoming game. We call on Governor Walz to stop harming our athletes.”

Let Them play maintains in a news release that Gov. Walz and state health officials have failed to offer data showing that COVID-19 is actually transmitted during sports, and accuses the administration of refusing to explain the information that they did share when limiting youth sports.

The governor put youth athletics, including high school sports, on pause in late November, and just allowed teams and individuals to begin practicing Jan. 4. Competitions (games and scrimmages) can resume Jan. 14, with athletes and coaches wearing masks and in nearly all cases, no fans in the stands.

Pressure from Let Them Play on local school districts and the Minnesota State High School League board of directors played a role in the decision to return high school football and volleyball to the fall season, after the two sports were originally slated to be moved to spring in order to lessen the spread of COVID-19.