A balancing act is playing out around the world, with leaders starting to loosen lockdowns that unemployed millions while also warning of a potential second wave. 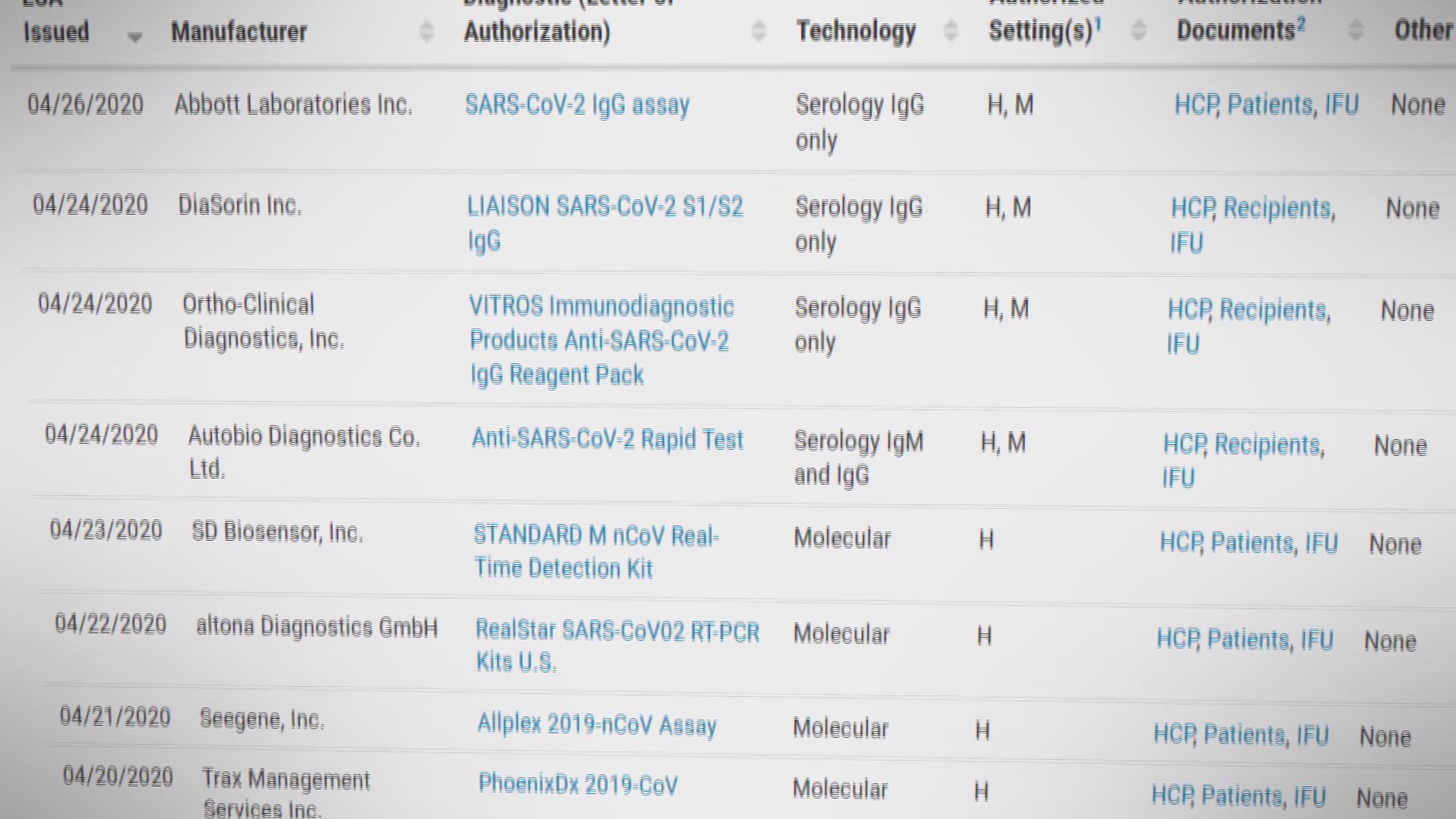 HOUSTON — Trump administration officials spoke optimistically about a relatively quick rebound from the coronavirus Sunday as life within the White House reflected the stark challenges still posed by the pandemic, with Vice President Mike Pence “self-isolating” after one of his aides tested positive.

A balancing act was playing out the world over, with leaders starting to loosen lockdowns that have left millions unemployed while also warning of the threat of a second wave of infections.

Treasury Secretary Steven Mnuchin predicted the American economy would rebound in the second half of this year from unemployment rates that rival the Great Depression. Another 3.2 million U.S. workers applied for jobless benefits last week, bringing the total over the last seven weeks to 33.5 million.

“I think you’re going to see a bounce-back from a low standpoint,” said Mnuchin, speaking on “Fox News Sunday.”

But the director of the University of Washington institute that created a White House-endorsed coronavirus model said the moves by states to re-open businesses “will translate into more cases and deaths in 10 days from now.” Dr. Christopher Murray of the Institute for Health Metrics and Evaluation said states, where cases and deaths are going up more than expected, include Illinois, Arizona, Florida and California.

RELATED: Senator calls on VA to explain use of unproven drug on veterans

A reminder of the continued threat, Pence's move came after three members of the White House’s coronavirus task force placed themselves in quarantine after coming into contact with the aide. An administration official said Pence was voluntarily keeping his distance from other people and has repeatedly tested negative for COVID-19 since his exposure. He plans to be at the White House Monday.

Families, meanwhile, marked Mother’s Day in a time of social distancing. For many, it was their first without loved ones lost in the pandemic. Others sent good wishes from a safe distance or through phone and video calls.

The virus has caused particular suffering for the elderly, with more than 26,000 deaths in nursing homes and long-term care facilities in the United States, according to an Associated Press tally.

At a senior center in Smyrna, Georgia, 73-year-old Mary Washington spoke to her daughter Courtney Crosby and grandchild Sydney Crosby through a window.

In Germany, children who live outside the country were allowed to enter for a Mother’s Day visit. Germany's restrictions currently forbid entry except for “compelling reasons,” such as work.

In Grafton, West Virginia, where the tradition of Mother’s Day began 112 years ago, the brick building now known as the International Mother’s Day Shrine held its first online-only audience. Anna Jarvis first held a memorial service for her mother and all mothers on the second Sunday of May in 1908.

“Sheltered safely at home with the family together would be viewed by Anna Jarvis as exactly the way she wanted Mother’s Day to be observed,” said Marvin Gelhausen, chairman of the shrine's board of trustees, in an address on YouTube.

Matilda Cuomo, the mother of New York Gov. Andrew Cuomo, called into her son’s daily briefing so he and his three daughters could wish her a happy Mother’s Day.

“I am so blessed as many mothers today are,” she said.

The governor announced two policy reversals a day after an Associated Press report in which residents’ relatives, watchdog groups and politicians alleged he was not doing enough to counter the surge of deaths in nursing homes, where about 5,300 residents have died. Nursing home staff in New York will now have to undergo COVID-19 tests twice a week, and facilities will no longer be required to take in hospital patients who were infected.

The U.S. has seen 1.3 million infections and nearly 80,000 deaths, the most in the world by far, according to a tally by Johns Hopkins University. Worldwide, 4 million people have been reported infected and more than 280,000 have died, according to Johns Hopkins.

In the U.K., Prime Minister Boris Johnson announced a modest easing of the country’s coronavirus lockdown but urged citizens not to surrender the progress already made.

Those in jobs that can’t be done at home “should be actively encouraged to go to work” this week, he said. Johnson, who has taken a tougher line after falling ill himself with what he called “this devilish illness,” set a goal of June 1 to begin reopening schools and shops if the U.K. can control new infections and the transmission rate of each infected person.

“We will be driven not by mere hope or economic necessity,” he said. “We’re going to be driven by the science, the data, and public health.”

Germany, which managed to push new infections below 1,000 daily before deciding to loosen restrictions, has seen regional spikes in cases linked to slaughterhouses and nursing homes.

France is letting some younger students go back to school Monday after almost two months out. Attendance won’t be compulsory right away. Residents of some Spanish regions will be able to enjoy limited seating at bars, restaurants and other public places Monday, but Madrid and Barcelona will remain shut down.

China reported 17 new cases on Monday, the second day of double-digit increases. Five were in the city of Wuhan, the original epicenter of the pandemic where a strict lockdown was lifted last month. Another five were in northeastern provinces, including Jilin, which borders North Korea.

Despite the new cases raising concerns about a reignited outbreak, 82,000 third-year middle school students in Beijing returned to classes Monday to prepare for their high school entrance exams. And Shanghai Disneyland, closed since late January, reopened, with reservations required and social distancing measures in place. Visitors wearing masks and often Mickey Mouse ears or character costumes were checked for fevers at the gate.

Credit: AP
The ceremony for the reopening of the Disneyland theme park is held in Shanghai Monday, May 11, 2020. Visits will be limited initially and must be booked in advance, and the company said it will increase cleaning and require social distancing in lines for the various attractions. With warmer weather and new coronavirus cases and deaths falling to near-zero, China has been reopening tourist sites such as the Great Wall and the Forbidden City palace complex in Beijing.(AP Photo/Sam McNeil)

South Korea reported 35 new cases Monday, the second day in a row that its daily jump was above 30 for the first time in a month. Many of its recently confirmed cases were tied to nightclubs that welcomed hundreds of people after reopening. Authorities in the Seoul metropolitan area subsequently ordered the temporary closing of its nightlife establishments to guard against a possible resurgence.