The antibody treatment the president received attempts to substitute or supplement a patient's immune system with antibodies to fight the virus. 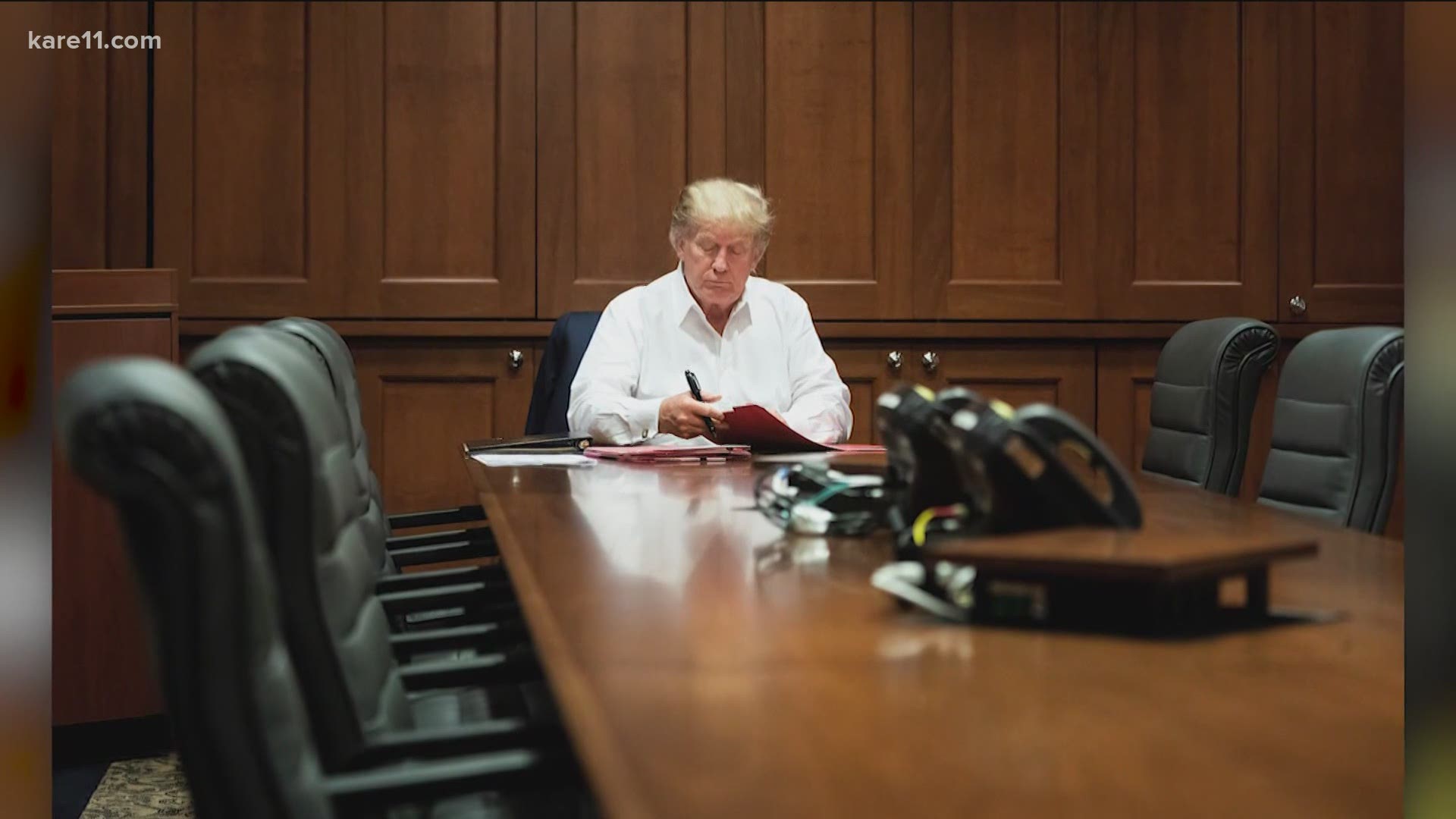 MINNEAPOLIS — President Trump received an experimental antibody cocktail as part of his treatment at Walter Reed Hospital for COVID-19.

The antibody treatment, developed by Regeneron Pharmaceuticals, attempts to substitute or supplement a patient's immune system with antibodies to fight the virus.

It has recently been shown in a study to reduce the amount of virus in mildly-sick patients and reduce the duration of symptoms.

Now, the Mayo Clinic is conducting a clinical trial on the use of the treatment on moderately or severely ill patients.

"I think there's great reason to be optimistic this will have therapeutic potential," said Dr. Andrew Badley, Mayo Clinic's chairman of the COVID Research Task Force.

President Trump's physician, Dr. Sean Conley revealed the president was also given dexamethasone, a very strong steroid that's been used for many years for other conditions that is now being used to treat patients with COVID-19.

Dr. Badley says he doesn't know enough about the President's illness to comment on his treatment specifically.

But he said dexamethasone is generally used only on patients with moderate to severe COVID-19 symptoms.