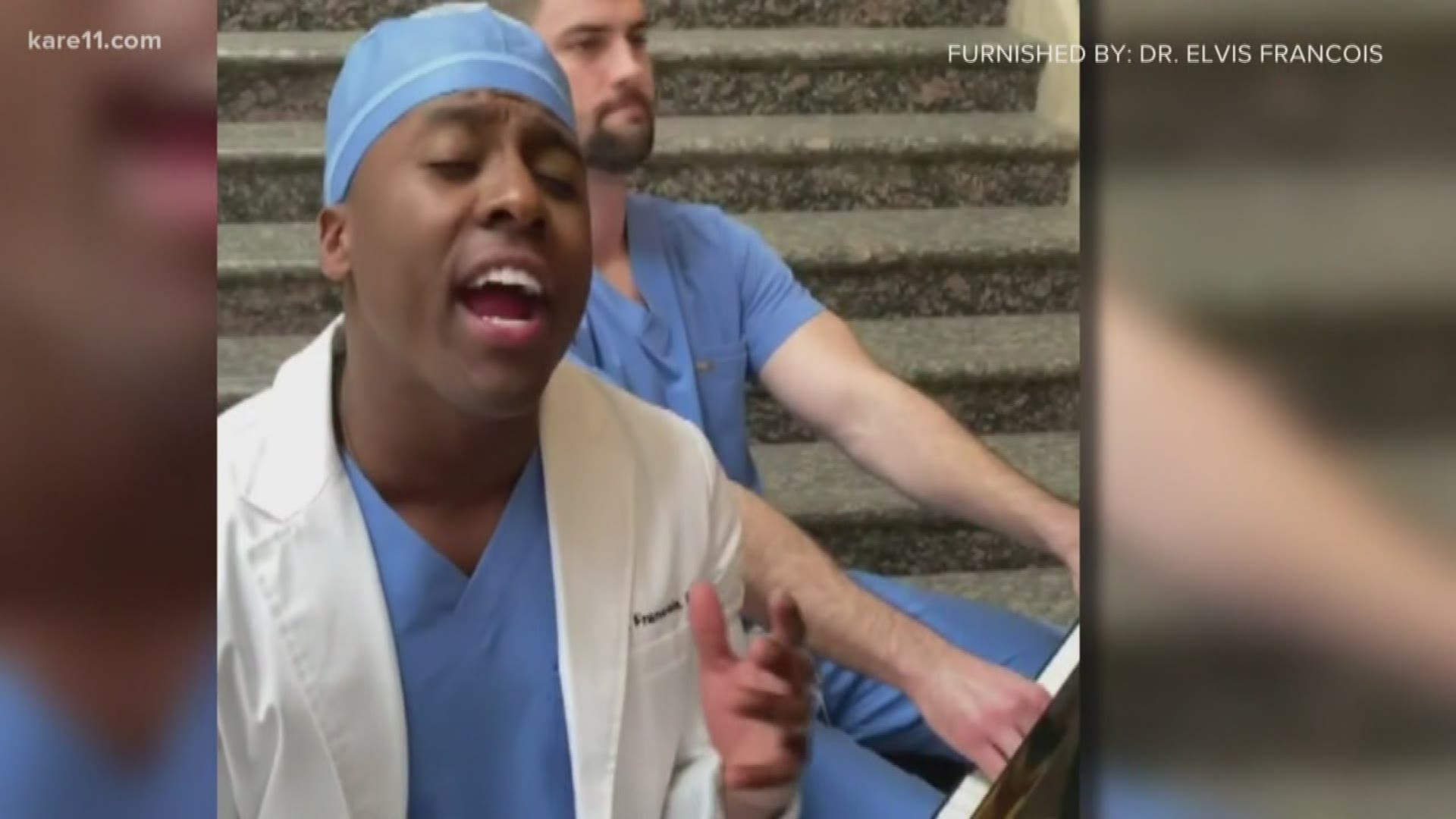 ROCHESTER, Minn. — Mayo Clinic doctors Elvis Francois and William Robinson have been pairing music with medicine for the past few years.

"I reached out to William one day and asked if he could learn a song," Francois said of the beginning of the pair's musical partnership.

The orthopedic surgery residents, both in their fifth years, use pianos found throughout the lobbies of the Mayo Clinic.

Dr. Robinson plays, while Dr. Francois sings. The videos posted online of their songs have racked up thousands of views, even landing them an appearance on the Ellen DeGeneres show.

But their music reached new places when Francois posted a video on Facebook Monday of their rendition of John Lennon's "Imagine." As of this writing, the video has more than two million views and has been shared more than 176,000 times.

Both doctors say they believe the song's message conveys the power of people working together to get through the pandemic.

"It's one of the few times, probably for our entire generation, where we'll all be able to contribute by simply staying at home, and staying safe, and being smart," Robinson said. "Just the concept of all joining together as a team."

Francois says he's been getting supportive messages, even one from a nurse in Italy.

Both Francois and Robinson have three months left in their residency. When they're done, Francois will go on to perform spine surgeries in Boston. Robinson will do the same at a Philadelphia hospital.

RELATED: How a Mayo Clinic task force is helping MN fight the coronavirus