Of 561 “breakthrough” cases tracked by MDH, 66 people have been hospitalized, nine have been admitted into ICU and six have died. 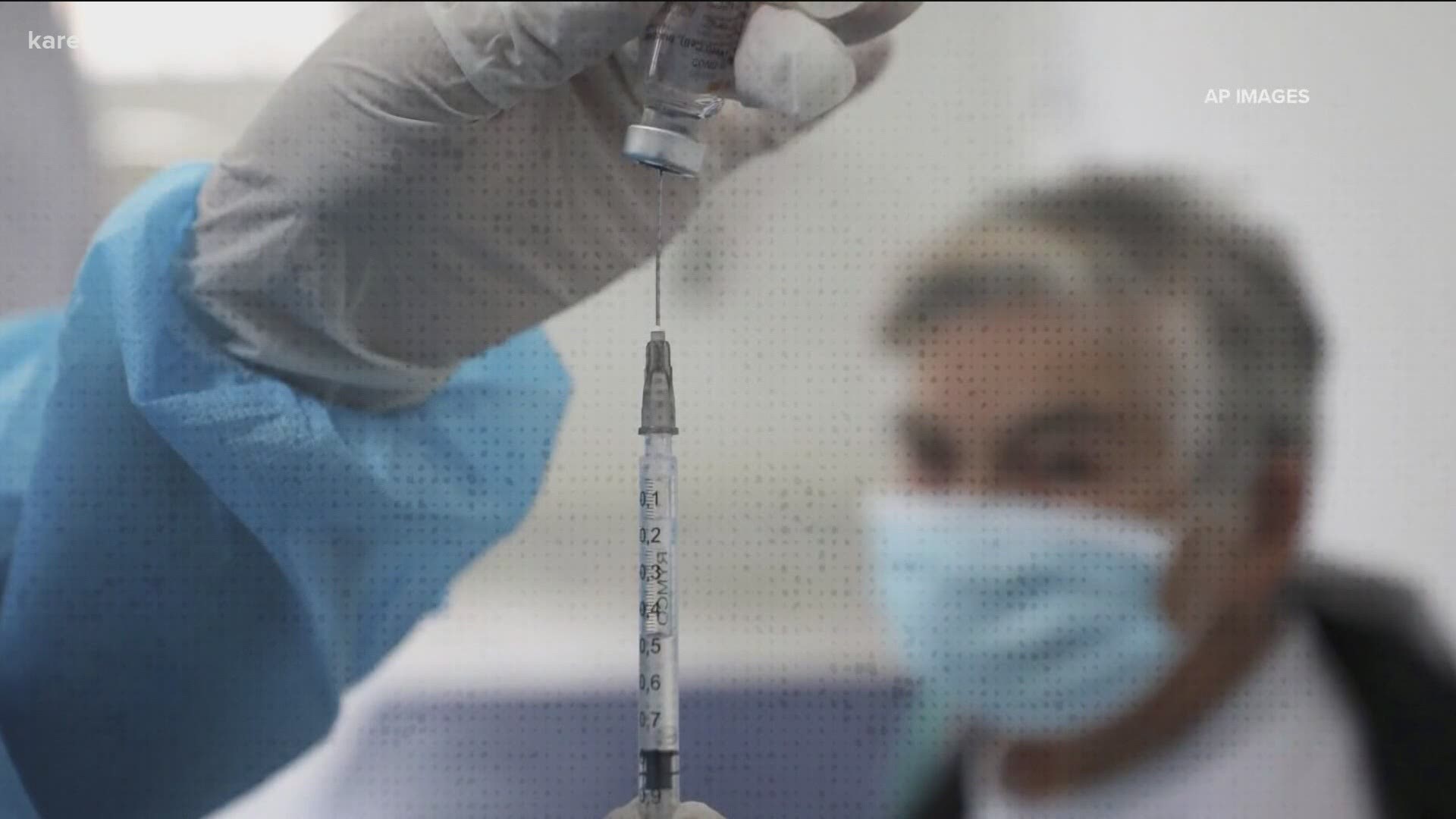 MINNESOTA, USA — It is rare, but thousands of Americans who were vaccinated against COVID-19 have still ended up getting infected.

The CDC says there have been roughly 5,800 reports of so-called “breakthrough” cases out of more than 76 million Americans who are fully vaccinated against COVID-19.

In Minnesota, the department of health has tracked 561 “breakthrough” cases so far.

“Of those, 66 have been hospitalized, nine have been admitted into the ICU and there were six deaths,” state Infectious Disease Director Kris Ehresmann said.

Those six deaths involved individuals who were between the ages of 69 and 92, according to MDH.

Ehresmann says these “breakthrough” cases are concerning, but it’s important to consider the context of 561 breakthrough cases compared to the nearly 1.5 million Minnesotans who are now fully vaccinated.

During a media briefing on Thursday, MDH also gave an update on the “pause” on the Johnson & Johnson vaccine.

The CDC’s Advisory Committee on Immunization Practices met on Wednesday, but no decisions were made about the vaccine, and how it should be used moving forward.

Ehresmann says the CDC committee will spend the next few days looking through the data and their plan is to meet again next Thursday or Friday.

That means the “pause” on the J&J vaccine will stay in effect until at least the end of next week.

Ehresmann says the CDC will likely create a new list of recommendations on who should be allowed to take the Johnson & Johnson vaccine.

“We have not heard that the direction might be that the vaccine won’t be used at all, that’s not what we’re hearing,” Ehresmann says.