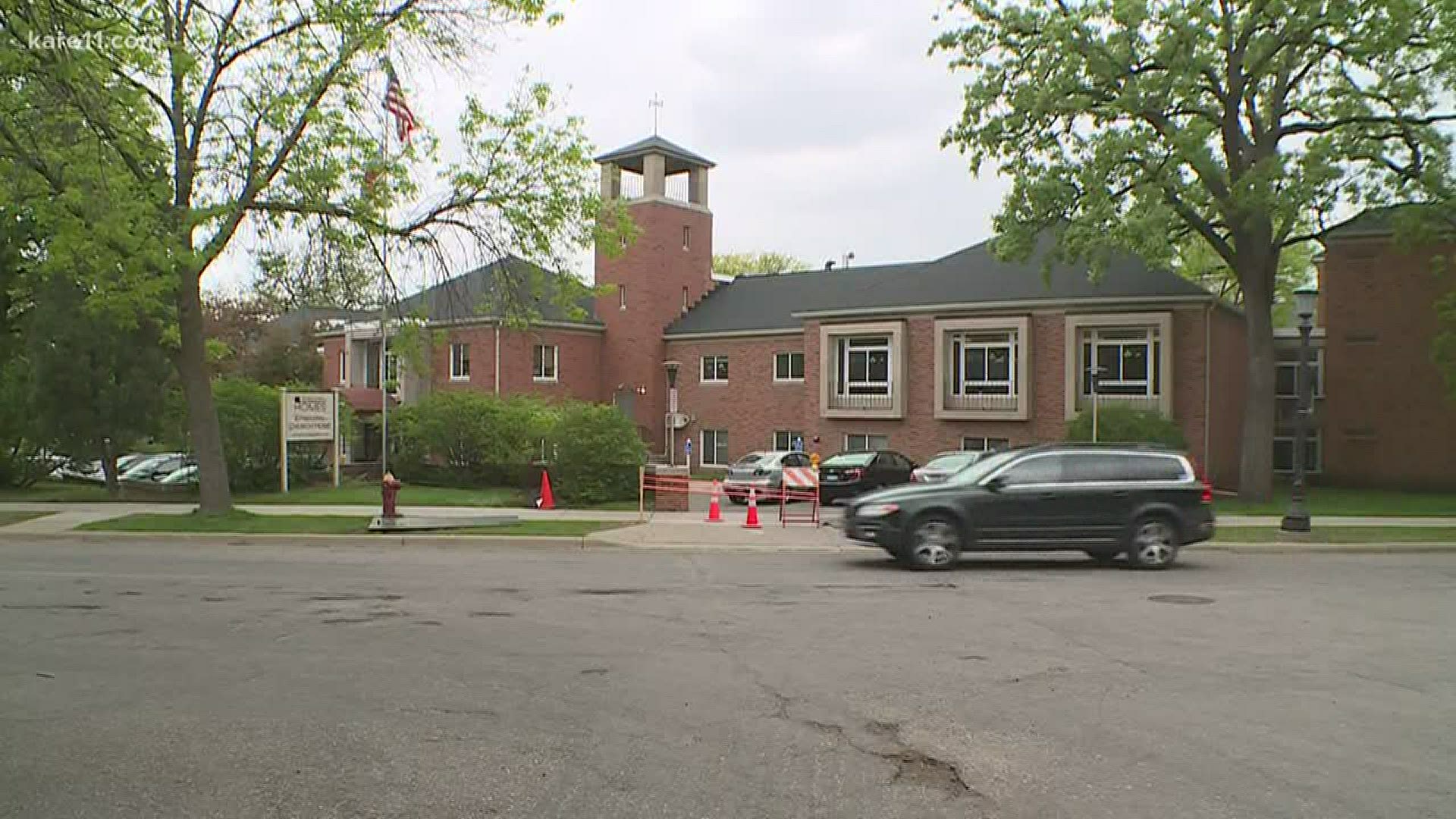 ST PAUL, Minn. — The Minnesota Department of Health apologized for a mishap that led to 300 COVID-19 tests being spoiled earlier this week and vowed to upgrade collection protocols to prevent a repeat of the episode.

Minnesota National Guard members collected the samples Monday from 200 staff members and 100 residents at Episcopal Homes in St. Paul. Due to a communications mix-up, the specimens weren't kept in a cooler during transit to the Mayo Clinic.

The Episcopal Homes staff were shocked to learn the next day the entire effort had been for naught, that the samples weren't usable by the time they arrived at the Mayo labs.

"It was surprising and disappointing news from Mayo Clinic that all of the tests had to be discarded, and the reason was the test kits were not adequately cooled for multiple hours," Episcopal Homes CEO Marvin Plakut told KARE.

The complex along University Avenue includes a variety of care settings, ranging from skilled nursing to independent living to assisted living to memory care. He said Episcopal Homes was eager to take up the Guard on the offer to conduct tests there.

"We have no complaints whatsoever about the Guards themselves. They were very professional, very appropriate, very warm and friendly, and they were disarming."

Plakut said the first problem the National Guard members encountered involved the swabs that came in their supply kits. They were given oral swabs instead of the longer, thinner nasal swabs typically used for coronavirus testing.

The Guard members checked with superiors, according to Plakut. And after a series of calls they were instructed to proceed with the tests using the oral swabs.

Several of those tested complained of pain during the collection process, or a surprising level of discomfort.

"I was one of the persons that was tested," Plakut explained.  "I would not describe it as pain, I would describe it as more discomfort than I would’ve preferred."

Dr. John Hick, who manages Minnesota's Statewide Healthcare Coordination Center, said MDH is doubling down its efforts to avoid repeats of what happened at Episcopal Homes.

"Ensuring the temperature integrity of specimens is critical to testing," Dr. Hick told KARE.  "We are accelerating and strengthening our training program to ensure all specimen collections, packaging, and shipping are performed to the highest standards."

Dr. Hick apologized for the mistake in a letter to Episcopal Homes. He explained those particular National Guard members were collecting samples for the first time, and weren't fully aware of the storage requirements. Hick explained that the MDH staff member on site didn't know that, and also didn't realize the supplies sent to Episcopal by Fairview Health didn't include a storage cooler.

Sen. Karin Housley, who heads the Senate Committee on Family Care and Aging, said she was disappointed to see that communications errors like this one could be happening this far along in the state's COVID-19 testing.

"I mean over 300 people were tested and now they have to go back and get tested again," Sen. Housley told KARE. "I’m sure it was a traumatic experience to have the wrong swabs, and how much pain that had to be especially when you think about those seniors. It just breaks my heart."

Plakut said there was initially some anger mixed with the shock and disappointment about the botched tests, but he's willing to cut the health department some slack given the enormity of the challenge.

"People make mistakes," Plakut remarked. "In communication with Commissioner Malcolm they certainly are working valiantly hard, to try and coordinate a massive project of trying to test all nursing homes and assisted living facilities in the state."

He said it was important that Malcolm and other leadership in the state's testing program understood exactly what happened at Episcopal Homes Monday, in hopes it will keep others from going through the same experience.

Plakut was heartened to discover that anonymous neighbors had written the message, "This too shall pass" in colorful chalk around the campus since the story first broke on Wednesday.