But there are still concerns over limited supply of doses from federal government. 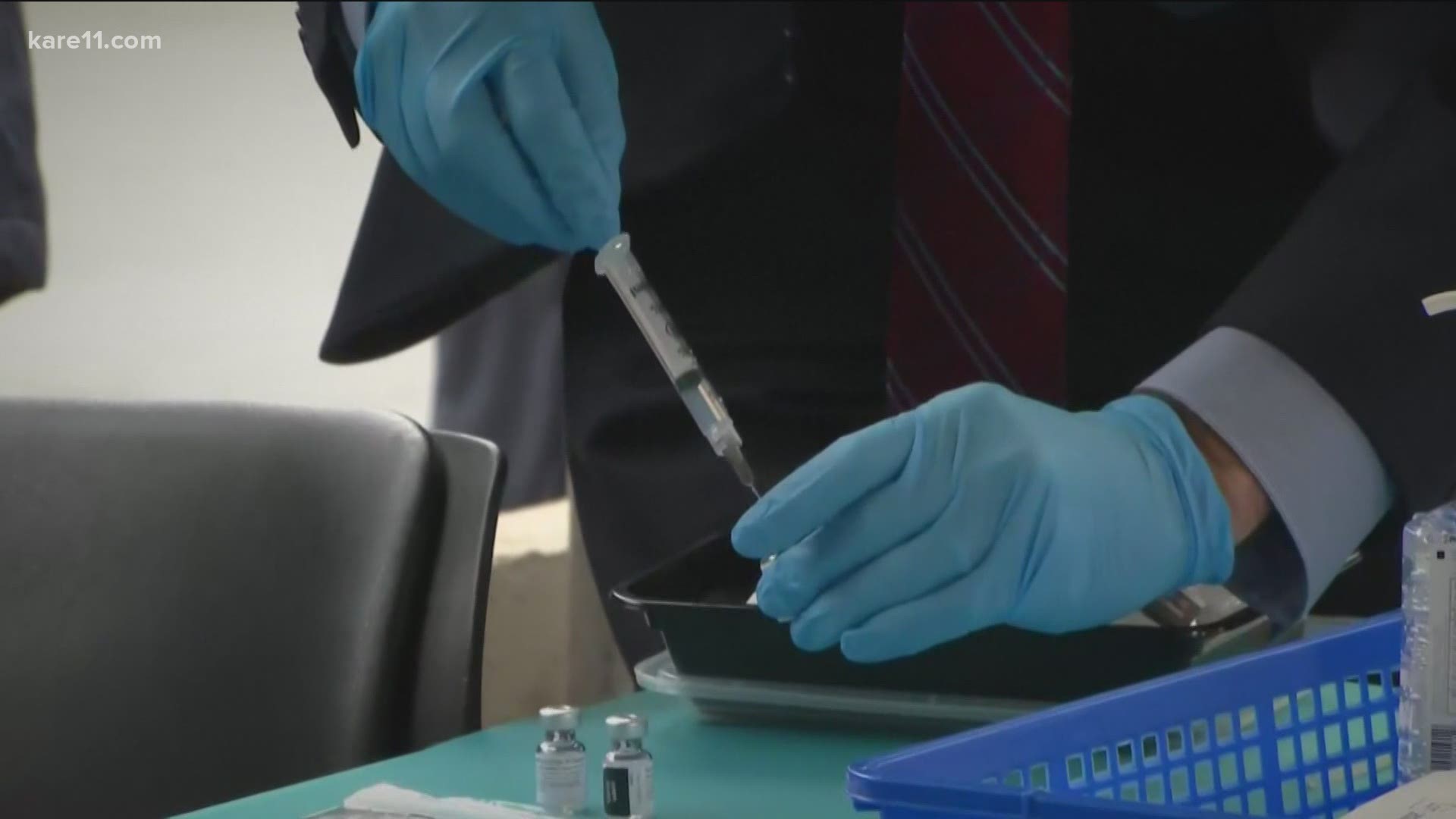 ST PAUL, Minn. — The Minnesota Department of Health says it has a plan to start ramping up the number of people it vaccinates. But it's also calling out the feds - telling them to step-up and give the state more doses.

MDH says it is approaching the end of the earliest stage of the vaccine rollout and that it's pleased with the progress, but a change in federal guidance is making the next priority group bigger. It includes people 65 and older and those with underlying conditions, yet the Government has not given Minnesota any more vaccine.

"We are ready to move on additional supply that we get immediately and we're working quickly to create new options for Minnesotans to know where and how to get vaccine," said MDH Commissioner Jan Malcolm.

When pressed on those options, Commissioner Malcolm would only say more information would be available in the "coming days". We do know the new guidelines means more than 2 million Minnesotans are now eligible to get vaccinated sooner.

As of now, the state gets about 60-thousand doses a week.

"What's been unclear to us, and still unclear to us as of this moment, is the amount of the available vaccine," said Malcolm.

On Thursday, MDH says it is giving some of its providers the OK to start vaccinating people in the new, broader group.

"We've heard from some them that they've made good progress through the priority tiers and have some doses available and asking for flexibility to use those doses," explained Malcolm. "We are simply saying we want to remove any barriers to their use."

Malcolm says the announcement ensures providers can use all available doses as quickly as possible and that doses are targeted to those most at need for protection.

The next tiered priority group to receive vaccinations are people in assisted living facilities. There are nearly 2,000 of them in Minnesota. MDH says they hope to have provided everyone with at least their first shot by the end of January.