"We do believe we need all hands-on deck and that all options are on the table." 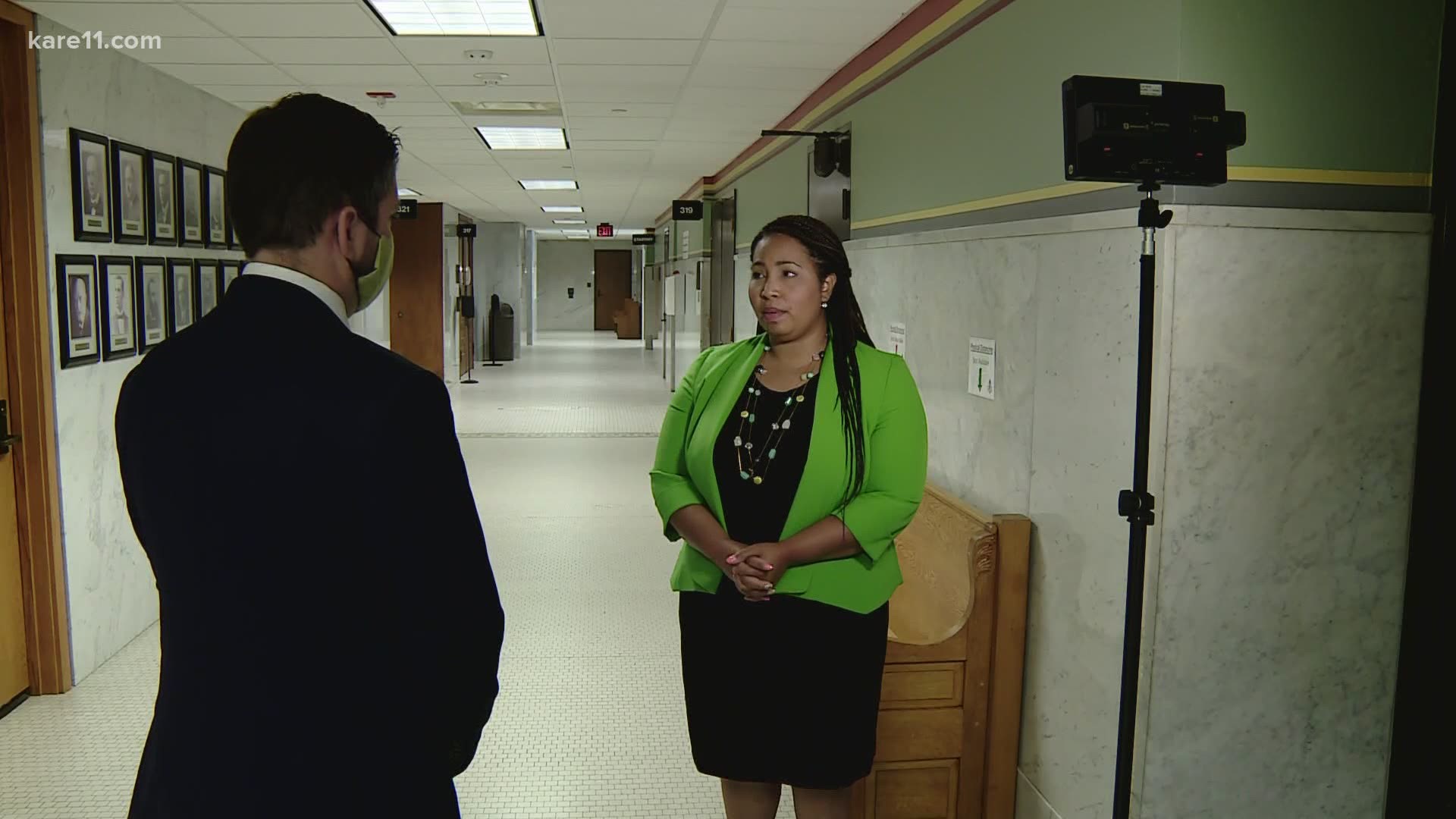 MINNEAPOLIS — With the pandemic and social distancing going on, Minneapolis City Hall is pretty quiet these days, but behind closed doors city leaders are dealing with some of the most challenging problems the city has ever seen.

"We do believe we need all hands-on deck and that all options are on the table,” Sasha Cotton says.

Cotton leads the Minneapolis Violence Prevention Office, it’s a group that has been around less than a year and is now on the front lines of a crisis.

"This sort of tidal wave of violence that we're seeing right now is of course disturbing. It's disturbing to everyone," Cotton says.

Crime records show the city of Minneapolis typically sees an uptick in violent crimes during the warmer summer months, but Cotton says the increase they’ve seen so far this summer is significantly greater.

“This is a perfect storm. Obviously with COVID, a number of people have lost their jobs and are feeling a deep level of desperation. We also know that there are a number of people who have been released from jails and prisons at an expedited rate due to the outbreaks. And there is also the unrest that came from the killing of George Floyd,” Cotton explains.

These factors and others have led to an especially violent month in Minneapolis, but Cotton says now isn’t the time for an increased police presence, it’s time for the community to get involved.

“We really do think that increased partnerships and providing access to resources and services and also putting people in a position to do community work, that is going to help diffuse some of this violence,” Cotton says.

Cotton is planning a series of emergency meetings with community-based groups to identify ways to stop the violence.

She says it’s up to community leaders to address this community problem.

Her office is also sending case workers to meet with gun violence victims in the hospital.

“We know that violence, like other pandemics, is a contagious situation. We’re doing everything we can do reduce that spread and to sway people away from retaliation.”

Cotton says this “hospital bed-side program” has been going on for about three years in Minneapolis and is showing some signs of success.

"We want to offer people who are involved in gang violence an honorable exit from that lifestyle and a lifestyle that involves violence,” Cotton says.

Meanwhile, Minneapolis business owners are still working to rebuild after all the unrest following the death of George Floyd.

After another round of city inspections, the number of damaged businesses has jumped from about 700 to more than 1,000.

Those numbers also include 53 buildings that were destroyed and 31 others that sustained major damage.

The city of Minneapolis is currently in the process of filing for two disaster declarations with FEMA and the Small Business Administration.

To qualify for a declaration the city will need to meet a certain threshold for damage.

So, city leaders are asking business owners to report all their damage that is not covered by insurance.

A declaration would free up grant money and disaster loans to help businesses rebuild.

The city of Minneapolis also launched a new city website on Thursday.

IT leaders with the city say the new site will hopefully make it easier for business owners and residents to find the help they need to get through these challenging times.