The Centers for Disease Control and Prevention reports a majority of COVID deaths in June were among unvaccinated people. 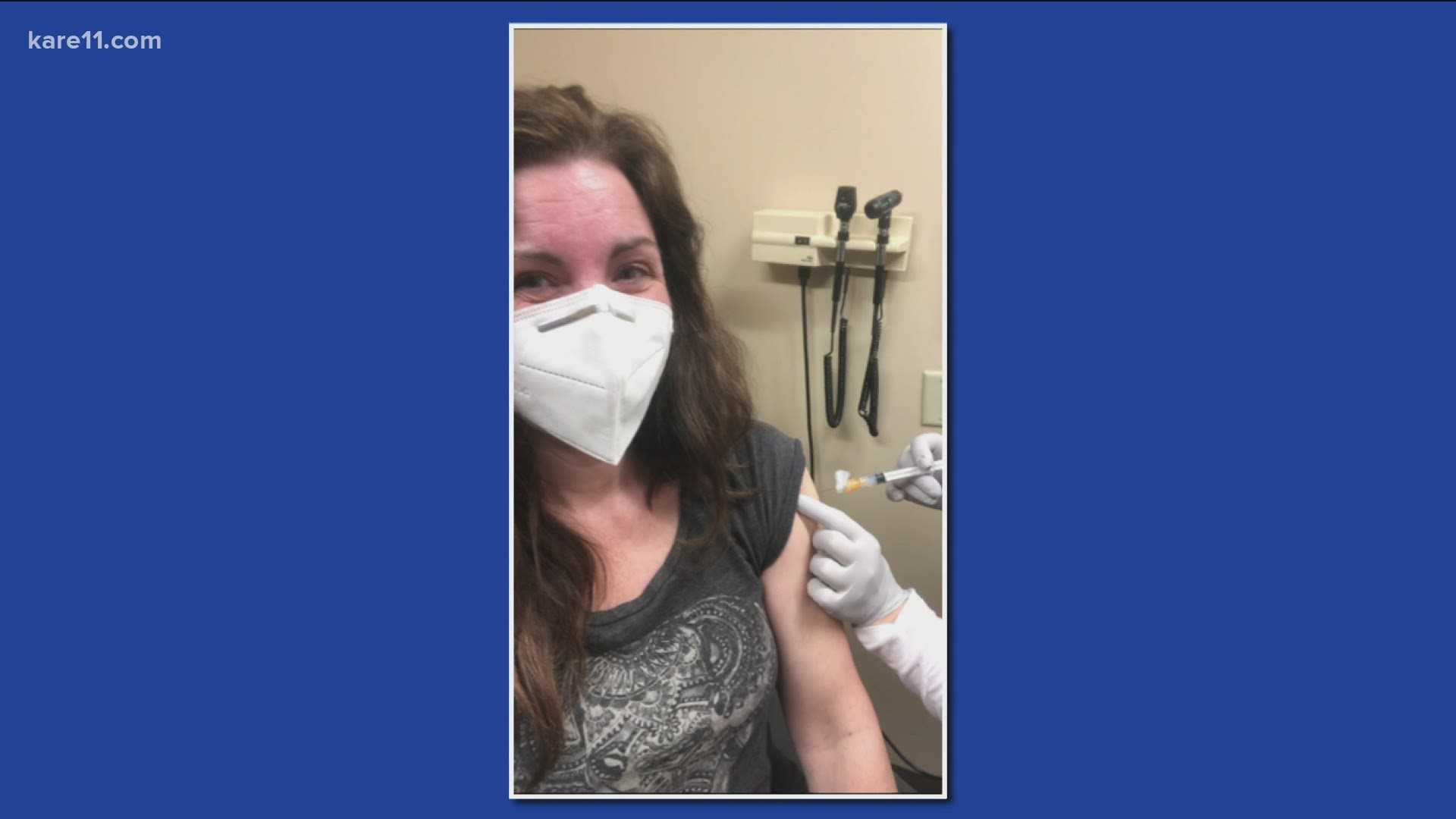 MINNEAPOLIS — A local COVID-19 long-hauler is sharing her story after being sick for nearly 400 days.

Melissa Gerads Jones says the vaccine saved her life and is encouraging everyone to get their shot as the Centers for Disease Control and Prevention tracks new cases rising in several hot spots.

"I had chest pains, chest congestion, wheezing in my chest and throat, brain fog and fatigue," said Gerads Jones.

She's a single, working parent whose young daughter also contracted COVID. Her family was forced to quarantine for 42 days starting in March 2020 before tests were readily available.

"All I could keep thinking was, I can't live the rest of my life like this," said Gerads Jones.

Doctors did all kinds of tests. Acupuncture and meditation didn't work. It was only after getting vaccinated she says she started to feel better.

"It was about two weeks and then I went, I can think clearly. I have energy again," said Gerads Jones.

But the pace of Americans getting fully vaccinated has dropped some 84% since April, according to the CDC.

The agency also reports that most COVID deaths in June were among unvaccinated people.

"To see a potential third wave is disheartening and it's disappointing because quite frankly, it's preventable," said Frank Scott Jr. He's the mayor of Little Rock, Arkansas - one place where case numbers keep rising as the delta variant spreads.

As for Gerads Jones, she's thankful to be on the mend but is pushing others to protect the people around them.

"If that shot had been available then and could keep me from going what I went through, you're darn straight I would have gotten it right away, no questions asked," said Gerads Jones. "Nobody needs to deal with this."