After the president announced he tested positive for COVID-19, a contingent of U.S. and state Republican lawmakers is reacting. 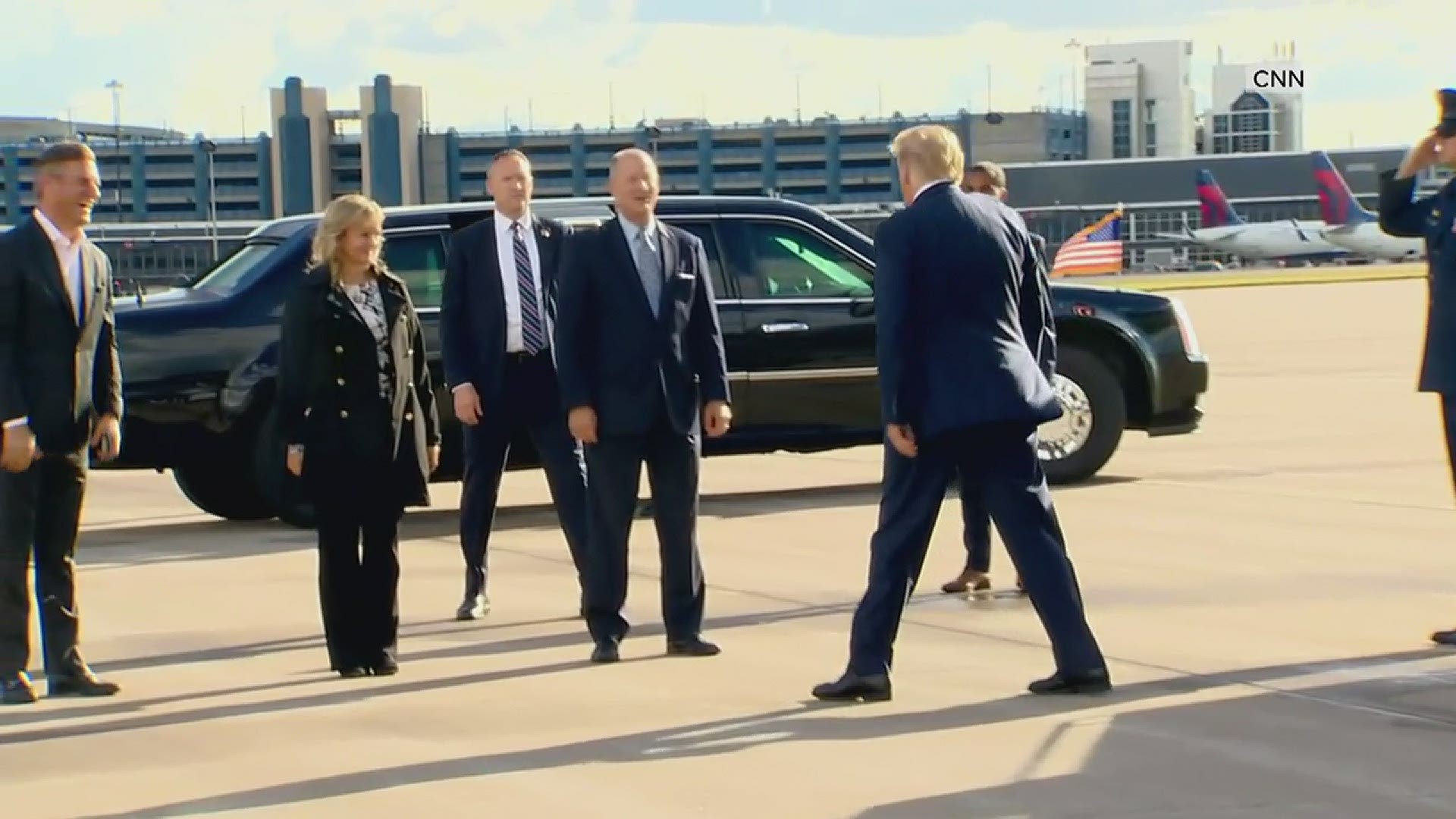 MINNEAPOLIS — The confirmation that President Trump has contracted COVID-19 has a contingent of Minnesota lawmakers who had contact with him Wednesday taking action.

U.S. Congressman Tom Emmer was among three Republicans who boarded Air Force One to fly from the Twin Cities to Duluth for a campaign rally Wednesday evening. On Friday Emmer confirmed that he has taken a COVID test after possible exposure through the president or infected members of his team, confirming Friday afternoon that the results were negative.

"I am not exhibiting symptoms and have been tested for COVID by the Office of the Attending Physician," Emmer confirmed in a released statement. The congressman also said he is praying for the health and well-being of President Trump and First Lady Melania Trump.

"This morning, I was tested for COVID-19 out of extreme precaution after consulting with the Attending Physician of the U.S. Congress," Hagedorn said in the statement. "The test came back ‘negative’ and I am feeling well. President Trump, our wonderful First Lady and all dealing with illness remain in my prayers."

Hagedorn's office had said earlier on Friday that the congressman spoke with Dr. Brian P. Monahan, the Attending Physician of the U.S. Congress.

"Because Congressman Hagedorn’s interactions with the president and others who tested positive did not meet the criteria of close contact - within a distance of six feet for a duration of more than 15 minutes - Dr. Monahan advised the congressman to continue his official duties, such as voting on the House floor, wear a mask, and delay air travel until the results of his COVID-19 test are confirmed as ‘negative,'" the earlier statement said.

Hagedorn would be considered at high risk for the virus, as he is battling kidney cancer.

Congressman Pete Stauber, who was also part of the group on Air Force One, said he too tested negative for COVID-19.

Two state lawmakers who had potential exposure when interacting with the president during a stopover at Twin Cities International Airport Wednesday afternoon are taking steps to protect their health, and that of those around them.

He was tested on Friday morning and notified of the results Monday.

"Following my doctor’s advice, I am limiting activities and will be tested again later this week to confirm the results," Gazelka said in his statement.

House Minority Leader Kurt Daudt said he is praying for the president and first lady, and said he is taking precautions after potential COVID exposure.

"I am not currently experiencing any symptoms, but out of an abundance of caution I am being tested again on Friday for COVID-19 after testing negative on Tuesday ahead of the President’s visit," Daudt said in a released statement. "I will remain in self-quarantine until results are received.”

A Daudt spokesperson emphasized that the Minority Leader did not attend Trump's fundraising event in Shorewood, and said the outdoor meeting with President Trump on the tarmac lasted fewer than five minutes with no handshakes.

U.S. Senate candidate Jason Lewis, who greeted the president at the airport and took a picture with him, told Minnesota Public Radio that he will remain in self-quarantine until he can get to a clinic and get tested.