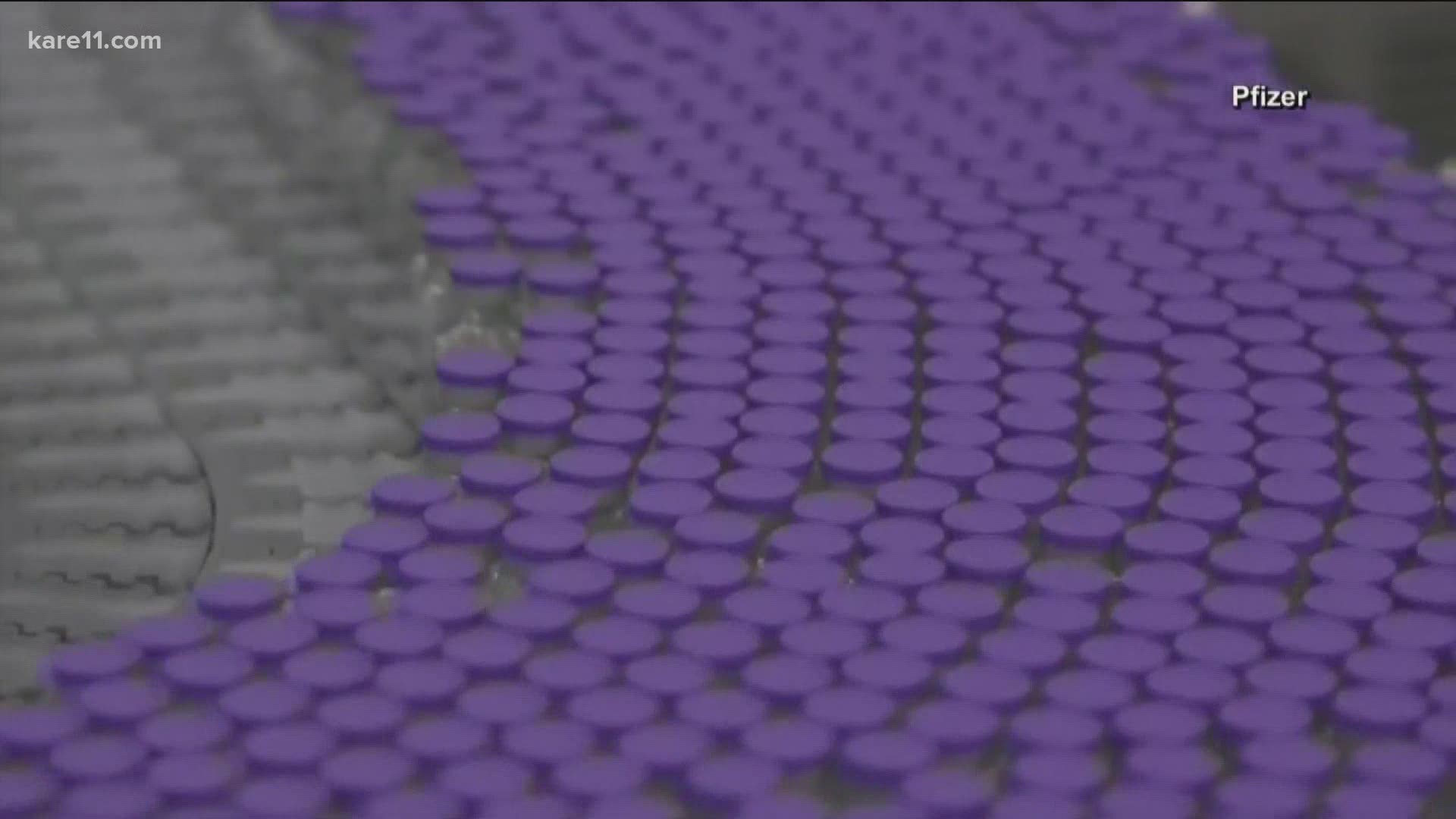 Plus, if you got the Johnson & Johnson one dose vaccine, some doctors aren't sure it will be enough protection against the "Delta Variant" and are encouraging more people to get vaccinated, like at the many pop-up clinics around the metro area.

Minnesota's Lieutenant Governor Peggy Flanagan visited a clinic Wednesday at the Wellstone Center. The non-profit offers services to St. Paul and is partly why Artesa Wheatley got vaccinated.

"For one it was here and it was free," she said. "It was a good opportunity and I think a lot of people should use that opportunity."

Language, fear and location can be vaccine barriers the clinic is trying to break. The state is also offering incentives – a $25 gift card and State Fair tickets have been the most popular so far.

The Minnesota Department of Health says 6,158 people got vaccinated and signed-up for the prizes in the first week of the program that goes through the end of June. But vaccination rates are still dwindling.

"The first 60% of Minnesotans was really easy, we had a saturation point and the next 40% will be a little harder," says the President of the health care organization Minnesota Community Care. "We have to do things a little differently."

Nearly three million Minnesotans have gotten at least one dose, but a Mayo Clinic doctor says that's not enough to protect you against the Delta Variant that led to the COVID crisis in India, and now makes up 6% of cases in the U.S., according to the White House.

"It is clearly more transmissible, studies show it is somewhat evasive to vaccines and may be more virulent than other strains," says Dr. Vincent Rajkumar.

For example, Dr. Rajkumar says one dose of the Pfizer vaccine is only 33% effective against the Delta Variant, but jumps to 90% with two doses. He's calling on the U.S. Food and Drug Administration (FDA) and the Centers for Disease Control (CDC) to consider authorizing a second dose for the 10 million people who got the Johnson & Johnson vaccine.

"I don't think there's any reason to believe if you give Pfizer or Moderna to people who have had J and J, that there would be any serious risks or anything," said Dr. Rajkumar. "I think people should get the second dose if their second dose is still pending, if they’ve never had a vaccine, go out and get the vaccinations done and then for the agencies to consider what to do with the one dose J & J vaccine."

He says the best defense is the vaccine – one that will now protect Wheatley and her family.

The Lieutenant Governor says there are more than 130 similar pop-up clinics around the metro, along with the eight state-run sites that are still open to get a vaccine.