Judge Thomas Gilligan said the court was “gravely concerned” about COVID risks for children, but that the court lacks the legal authority to order a mandate. 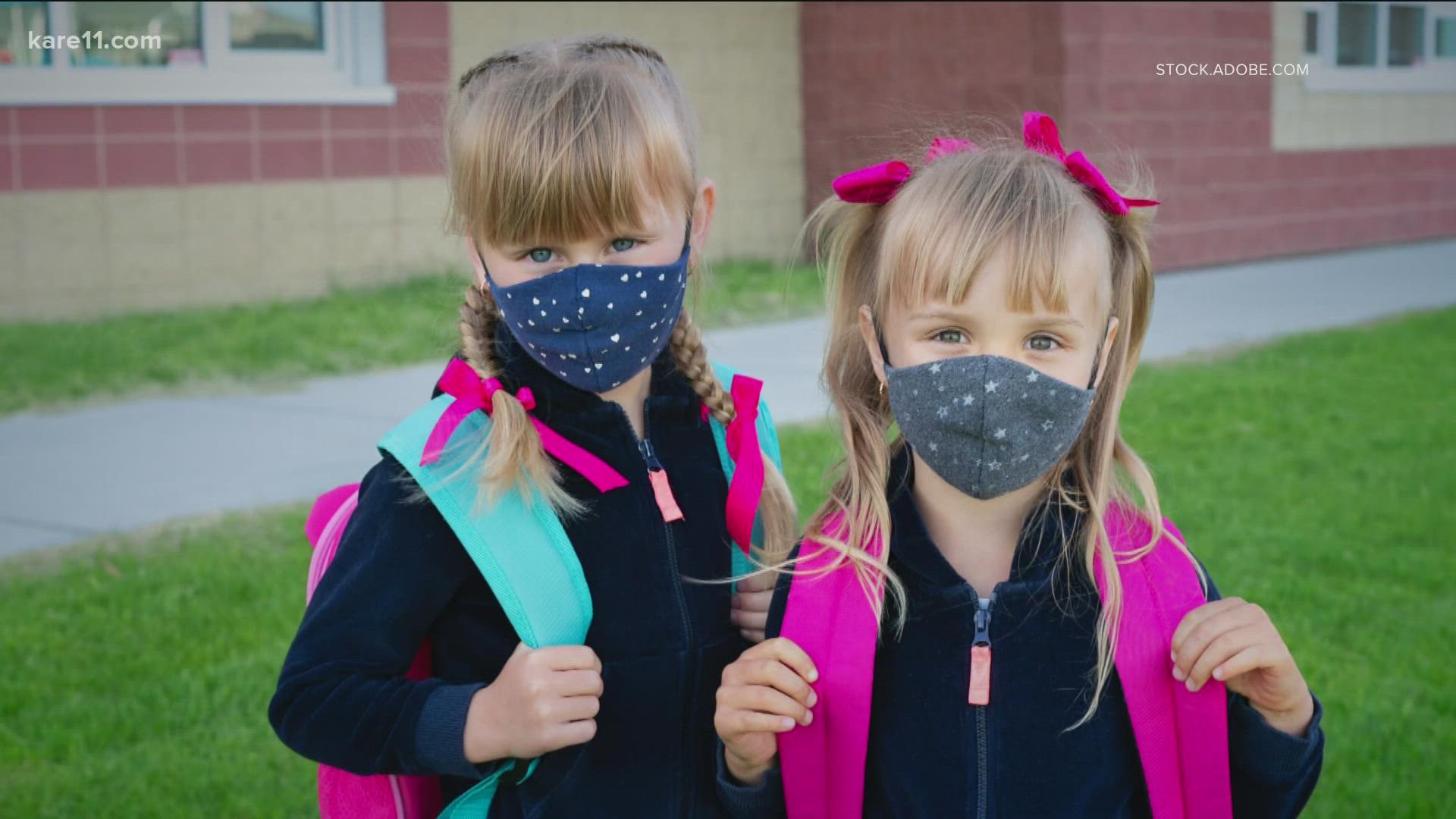 A Minnesota judge has rejected a request by concerned parents to force a statewide mask mandate in all schools.

Judge Thomas Gilligan said the court was “gravely concerned” about COVID-19 risks for children, but that the court lacks the legal authority to order Gov. Tim Walz to issue the directive that the parents sought.

The group, "Parents Advocating for Safe Schools," filed a lawsuit in early September that would force Gov. Tim Walz to declare another peacetime emergency and mandate masks in Minnesota public schools.

The group's attorneys previously said they have grounds for a suit because of a Minnesota Constitutional provision requiring "adequate" education and medical evidence that masks reduce the spread of COVID-19. They said the "majority" of Minnesota's school districts have not adopted mandatory mask policies, especially outside the metro.

According to KARE 11's news partner MPR News, a lawyer for the group said they are now "examining a number of alternatives," including an accelerated appeal to the Minnesota Supreme Court.

Gov. Walz ended his emergency peacetime declaration on July 1. The executive order to combat the pandemic in Minnesota was in place for nearly 16 months.

In other states, governors who’ve tried to prevent schools from requiring masks have been blocked by courts.